Searching for a dividend growth stock can be like looking for a needle in a haystack, which makes sense… considering that companies focused on growth typically reinvest cash on hand into future growth instead of paying out a dividend. 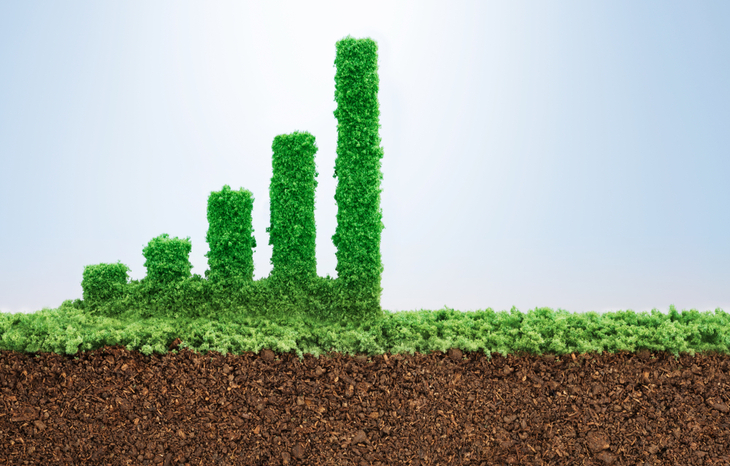 The strategy proved to be a salient one that landed Amazon’s founder the top spot as the richest man in the world. And along the way, shareholders who stuck with the company have been rewarded handsomely too. Since Amazon’s IPO, the stock price is up more than 18,000%.

These days, Amazon has no problem turning a profit. But it took a long-view approach to get there. Now Amazon gobbles up nearly 50% of all e-commerce. But, unfortunately, shareholders need to sell their stock if they want to make any money from it. Because it doesn’t pay out a dividend.

And Amazon is unlikely to change its tune on dividends anytime soon. The company is much more focused on expanding its warehouses, data centers and web hosting services and upgrading its distribution networks.

But because the growth model has proven to work so well, there are plenty of companies that have adopted the approach. And better still, there are some that have taken a hybrid approach… by applying some profits to future growth, and some to lure investors in the form of dividends.

When the price of crude oil gets driven down, major players in the sector usually take a beating. And when that happens, it can cause concerns about the health of a company’s dividend. With Exxon Mobil (NYSE: XOM), this is less of a concern.

Exxon has been steadily diversifying its portfolio for years. That is how it’s able to distribute profits to growth and dividends… even if the price of oil tanks.
These days, Exxon isn’t just a gas company. In fact, the chemical segment of its business has grown to become the leader in polyethylene plastic production.

The fast food giant McDonald’s (NYSE: MCD) might not make the best burgers in town, but it’s maintained a steady level of growth for ages. Part of that is due to its unique business model. About 93% of the company’s stores are franchises run by independent business owners. And it’s the franchisees that cover most of the restaurants’ expenses.

This capital-light business model with big profit margins and excellent cash flow has helped McDonald’s thrive. And all of this growth has allowed McDonald’s to consistently increase its dividend for more than 40 years. And there are no signs of that stopping anytime soon. That makes McDonald’s another excellent dividend growth stock.

Worldwide, an estimated 85% of transactions are done in cash. But that just means that Visa (NYSE: V) has a lot more growth potential. According to a survey by Fundera, 80% of respondents prefer credit card payments to cash. And this sea change is starting to erode cash’s status as king.

Credit card payments have increased by 10% year over year. Some chalk this up to convenience. But e-commerce also plays a role. After all, you can’t make that Amazon purchase with cash. And more than half of credit card holders fail to pay off their spending at the end of each month. And that equals profits for companies like Visa.

As it stands, Visa’s revenue is up more than 10% year over year. And there is a lot of potential to grab a larger share of the market. Visa has a relatively modest dividend yield of 0.61%. But the credit card giant has been steadily increasing that yield for years… and hopes to be able to do so for years to come.

The drugmaker Merck (NYSE: MRK) kept its dividend extremely modest for years. But as soon as the company weathered a brief revenue decline, it began to take its dividend more seriously.

As patents for some of its drugs expired, the company invested heavily in research and development for new treatments and therapies. And the move paid off. The company has grown steadily since 2015… along with its dividend yield.

It now offers an above-average dividend yield of 2.88%. This, paired with close to 50 new treatments in the pipeline, will keep Merck a dividend growth stock for years to come.

The telecom giant AT&T (NYSE: T) has made some bold moves recently. And although its acquisitions of DirecTV and Time Warner led to a big uptick in debt, the company has been paying it down since. And it’s been using those seemingly untimely investments to increase revenue.

AT&T has been able to roll out a streaming service thanks to its acquisition of Time Warner (now called WarnerMedia). Its introduction of HBO Max brought in around $1.5 billion in the first quarter of 2020. With cord-cutting accelerating, this could prove to be a perfect segment to grow into. And when movie theaters open back up, that will be a major boon to advertising and theatrical release profits.

This also comes at a time when people will need to upgrade wireless devices to be compatible with new 5G networks.

This growth potential, combined with a very healthy 6.97% dividend yield, makes AT&T an investment to keep an eye on.

The growth model of reinvesting profits into the future of the company has proven to be a resilient one. The main problem with investing in them is that it’s usually impossible to turn a profit until you actually sell the stock.

But with dividend growth stocks, the investment is all the more worthwhile… thanks to the ability to develop a passive income stream in the process.

To learn about growth stocks, other investment opportunities or how to invest in stocks in general, sign up for our free daily Investment U e-letter below. 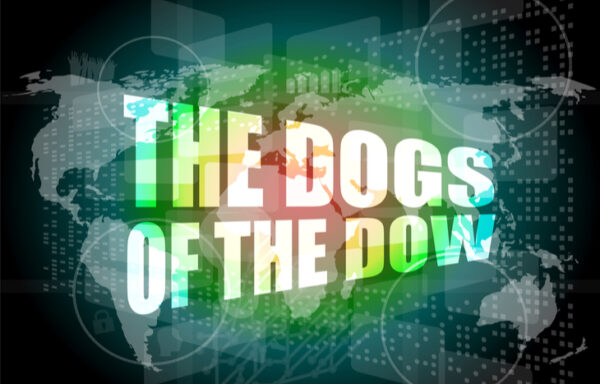