When euphoria is everywhere, it’s time to run for the hills.

And when everyone is screaming that the world is on the precipice of demise, it’s time to load up the truck.

But today I’m going to share with you the exact moment to start buying hand over fist… because it’ll happen again.

The Great Bear Market was gored to death on March 23.

The fastest 30% drop in market history culminated in one of the shortest bear markets on record for the Dow Jones Industrial Average, as well as the quickest move ever from bear market low to bull market entry…

By market standards, that was a blink of an eye.

The Dow Jones has rebounded 31.5% from its lows on March 23. The S&P 500 is up slightly more than that, and the Nasdaq has rocketed 36% higher and is positive for the year.

Previously, I pointed out that event-driven bear markets tend to be the shortest-lived and easiest to tame of all bear market breeds.

Though, let’s be honest… No one expected the most recent bear market to essentially be dead on arrival.

But maybe we should have. There was a telltale sign that the bottom was in.

Now, the current recovery has been so quick – and so classicly V-shaped – that its legitimacy is constantly in doubt.

The airwaves are littered with experts saying stocks are overpriced. (Many of these people have been saying the same thing ever since the second quarter of 2009.)

And it often seems that, for permabears, any stock price is overpriced.

That negativity isn’t just coming from the experts. It’s also echoed by the average investor.

But before you think that’s a signal to race to the sidelines, take a breath.

The Easiest Moneymaking Signal There Is

That means just under half of investors believe the market will be lower six months from now. That’s significantly above the long-term average of 30.5%.

But here’s where things get interesting…

The week of March 12, bearish sentiment on the AAII survey crossed over 50%. And it’s largely hung around that level since then…

A lot of investors have been fearful.

But I’m sure you already understand what’s happened since…

After finding the bottom on March 23, the Dow, Nasdaq and S&P have rocketed higher.

The last time bearish sentiment on the AAII survey topped 50% was on December 27, 2018.

And look what the the indexes did over that next year…

And as Billy Mays would say, “But wait, there’s more!”

Of course, if we look back to February and March of 2009, bearish sentiment was higher than 50% for weeks. It even hit an all-time high of 70.27% on March 5 – the day before the markets bottomed during the financial crisis.

We all know what happened next: the longest bull market run in history.

So what’s the takeaway from all of this?

When bearish sentiment on the AAII Sentiment Survey hits 50%, buy!

It’s a contrarian indicator, particularly at an extreme.

It’s the easiest moneymaking signal in the market.

That means all of those naysayers are positives for broader market returns.

This isn’t the time for investors to hide their heads in the sand. Nor is it the time to make the mistake of continually or habitually sitting on the sidelines.

This is a time to embrace that we’re in a new bull market, with new opportunities and new profits. And as long as fear is elevated, the bull should keep running.

P.S. On Friday, I’m going to send you my brand-new research presentation. In it, I’ll reveal my personal strategy for how to profit in our new bull run. Stay tuned! 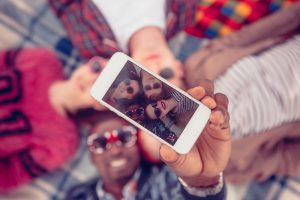 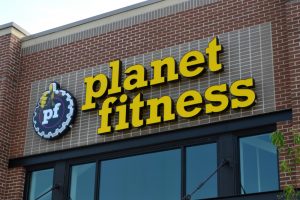