Will This Strategy Make You as Rich as Elon Musk?

It seems that Elon Musk is always in the news.

Even as the U.S. suffers from the COVID-19 pandemic, race riots and tens of millions unemployed, Musk has just collected Tesla (Nasdaq: TSLA) options worth up to $770 million.

And – most importantly – keeping the market value of Tesla at more than $100 billion over the past six months.

Nice work if you can get it.

Musk fascinates the American public. That’s because, in the investment world, Musk is as divisive as Donald Trump is in the political world.

Musk and Trump have a lot in common.

Musk’s fans believe that he is humanity’s last and greatest hope. Trump supporters believe that the president plays a similar role in the United States.

Both are showmen prone to exaggeration. Both are like Teflon when it comes to political and financial scandals. Nothing ever sticks.

Finally, both have used their larger-than-life personas to generate billion-dollar fortunes.

Alas, we mortals must focus on less glamorous ways of making money.

Yet, thanks to the surprising U.S. stock market rally, investors are doing just that.

But what if I told you there was another set of financial markets trouncing the returns of the U.S. stock market?

If history is any guide, these markets will continue to outperform over the next six months.

It may be hard to believe…

But between 2003 and 2007, emerging markets were the top-performing asset class in the world.

The contrast with today could hardly be greater.

Emerging markets have lagged the U.S. markets badly since then.

And with all that is going on in the world, emerging markets may be the last place in the world you’d want to put your money at risk.

Much like risky bets on biotechnology, emerging markets are a boom or bust asset class. If the mood is right, investors pile in and drive stock prices sky-high.

When emerging market stocks do enter a bull market, they’ll do so in a big way. And the recent action in emerging markets suggests they may be on the verge of doing just that.

The iShares MSCI Emerging Markets ETF (NYSE: EEM) has put together its fourth straight session with a more than 1.7% gain.

This performance is the iShares Emerging Markets ETF’s longest streak of winning days ever since its inception in 2003.

The other five times it put together streaks of at least three days, it averaged an impressive 13.6% return two months later. Six months later, the average return soared to a whopping 29.9%.

How to Ride the Emerging Markets Bull

With the explosion of ETFs, you have many more ways to ride the emerging markets bull than you did in the last bull run.

First, you can invest in a broad-based emerging markets ETF like the iShares Emerging Markets ETF.

But if you believe we’re in a bull market, why not swing for the fences?

The best way to do that is with a leveraged emerging markets ETF.

Just make sure you have the stomach for volatility.

Second, you can drill down and invest in specific countries and sectors.

The table below highlights the 10 best-performing emerging markets ETFs of the past month, through June 2. 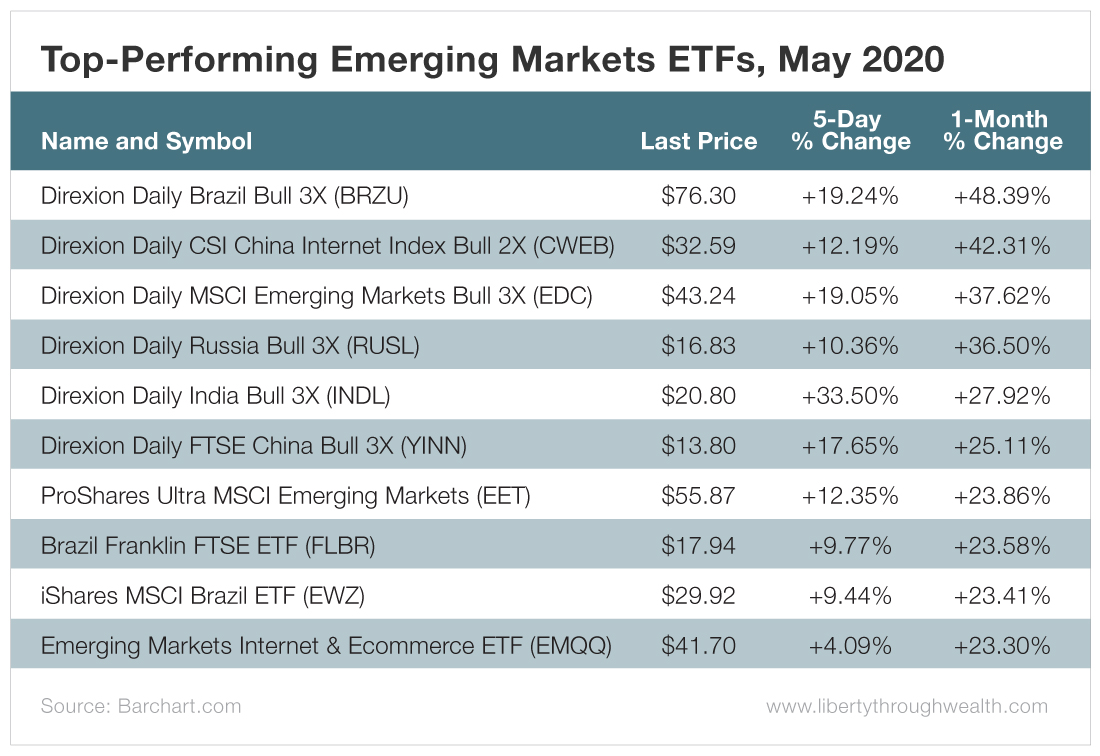 Yes, the list includes the leveraged emerging markets ETFs I mention above.

But it also includes Brazilian, Russian and Chinese internet ETFs that have been big winners in the past month.

Time your investment right in one of these leveraged ETFs, and you set yourself up for a year of monster returns.

So will emerging markets make you as wealthy as Elon Musk?

But if history is any guide, investing in emerging markets ETFs between now and the end of the year will get you a lot closer. 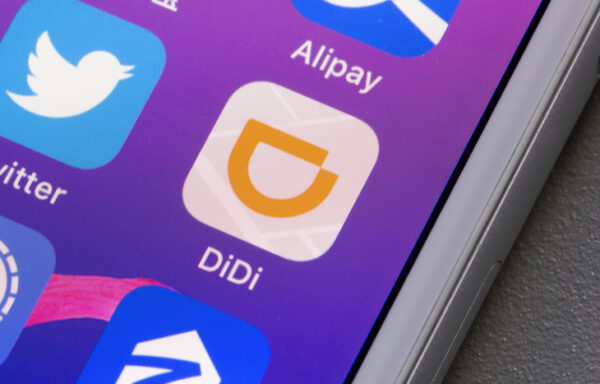