When most people think about electric vehicles (EVs), they probably think of Tesla and not much else—in America, at least. But Tesla is far from the only company involved in producing EVs, especially in China and other countries. To invest in these other smaller companies, I’ll be sharing the best EV penny stocks today.

EVs are actually not new. The first electric cars were made all the way back in the late 1820s, 100 years before the Great Depression. But the technology was largely dismissed until the 21st century. As a result, electric vehicles are an emerging sector of the auto industry, with a number of startups looking to attract funding.

Would you like to help those companies gain access to the companies they need while investing in an emerging market? If so, here are some of the best EV penny stocks to buy at the moment: 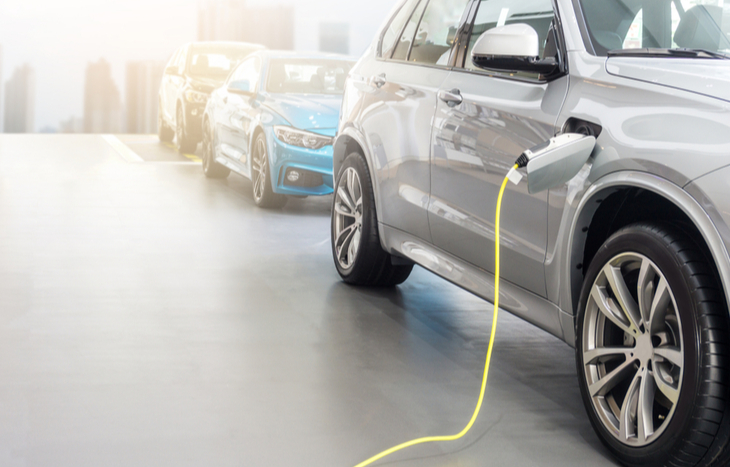 In general, penny stocks should always be considered high-risk, high-reward investments. Yes, the potential for reward is great, but so, too, is the potential loss. Thus, those who are considering an investment should tread lightly. That being said, EVs are sure to grow significantly in the decades ahead.

After all, 23 countries already have total bans of fossil fuel-powered vehicles planned, beginning as early as 2025. This includes large economies such as China, Germany and the U.K. And given that just 231,000 electric vehicles were sold in all of 2020, a big uptick in the number of EV sales is inevitable in the years to come.

This represents a unique opportunity to invest in electric vehicles. What is less certain, though, is which individual companies will be the winners as EV sales continue to expand globally. This list will take a look at some of the EV penny stocks that are best equipped to succeed as more and more governments prohibit the sale of internal combustion engine vehicles.

Now, let’s take a look at some of the EV penny stocks that are showing strong signs as the EV revolution charges forward.

Ault Global Holdings describes itself as a “diversified holding company acquiring undervalued assets and disruptive technologies with a global impact.” To that end, it’s engaged in a variety of industries, including defense and aerospace, telecom, medical, crypto-mining, hospitality, textile and corporate lending.

In the midst of all of that, it is also a player in the EV sector. In the spring of 2021, for example, it secured a deal to provide $10.5 million worth of residential EV chargers. And if you’re looking for some of the top EV charging station stocks, check out that link.

Ault’s stock price has been on an upward trend since November 2020, although it has been up and down since May of 2021. Still, its latest earnings report shows the company, while still small, is growing fast. Its revenue, net income, and net profit margin all saw triple-digit year-over-year growth.

Unlike Ault, Electrameccanica is more focused on electric vehicles. In fact, its stock ticker is a nod to its main product, a single-seater electric vehicle. Obviously, the SOLO is small; in fact, it looks like a car that is still being built if you’re used to the standard four-door sedan. But as Electrameccanica rightly points out, most drives are done alone; it hopes it can sell that concept with an affordable $18,500 base price.

As far as its stock, shares are trading higher today compared to their lower price in the fall of 2020. However, prices actually spiked last November and have been falling since, though they are still higher than its low in October. Its revenue was just $298,000 as of June of 2021. But this company has only been around since 2015, and that $298,000 represents growth of over 2,000% year-over-year.

CBAK Energy Technology is based in Shenzhen, China, and manufactures lithium-ion batteries for use in electric scooters, electric buses, cordless power tools and more. While CBAK does not produce electric vehicles directly, batteries are something electric vehicles cannot run without. And given that China is the largest EV market and the second-largest economy, the stock is well-positioned for substantial growth.

CBAT shares followed the trend of peaking in late 2020 to early 2021 before seeing a months-long slide. However, they are still trading higher than they were a year ago, and CBAK is heavily involved in research and development. This makes it encouraging among EV penny stocks.

As you could have guessed based on its name, Medigus’s core business is in medical devices rather than electric vehicles. However, it has entered the EV sector by signing agreements with EV companies. Specifically, in early 2021 it signed an agreement for the IP and patent for a robotic charging pad that wirelessly charges electric vehicles. It also planned to invest $150,000 in the development of this technology.

Later in the year, it completed a proof-of-concept that achieved 93% efficiency while charging wirelessly. This is an exciting development not just for Medigus but for electric vehicles more broadly. Medigus shares are well within EV penny stock territory at the moment despite these encouraging developments. As well, its revenue has increased substantially year-over-year.

American Battery Metals specializes in the production of metals used in batteries. Specifically, it recycles batteries, extracting battery-grade lithium materials from several sources. According to its website, ABTC will produce 20K mT (metric tons) per year of recycled material through its commercial pilot plant.

This is all important because, with the growth in popularity of EVs, many people have raised question about where all these batteries will go once they are no longer usable. While some of this is likely FUD (fear, uncertainty and doubt), it is also a legitimate and important issue. ABML is leading the charge by sustainably manufacturing batteries to power electric cars, electrical grids and more.

ABML stock is trading much higher than it did last year; while it is still trading under $2, it traded around $0.20 in late 2020. Earnings figures are limited on the company, but its net income increased 34% year-over-year as of March 2021.

These EV penny stocks might produce some great returns for investors. Although, they’re risky and it’s always important to do your own research. If you’re looking for more investing opportunities, consider signing up for Profit Trends.

It’s a free e-letter that’s packed with research, tips and tricks. You’ll hear directly from investing experts. All you have to do is put your email in the box below.