A Father-Son Talk About Inflation

If you’ve had a teenage son, you’ll probably agree with me that car rides are invaluable to your relationship.

Two words explain it: captive audience. They can’t walk away, there’s no Xbox, and – bonus for me – my son gets carsick when he looks at his phone while we’re driving. Bingo!

So we talk. Not about feelings – that’s largely his mother’s domain. We talk about politics, economics, investing and sports, mostly. We both enjoy it, and it’s a great way for us to connect.

Yesterday morning I drove my son 30 minutes to his soccer camp. He’s interested in economics and investing – at age 16, no less! – so we discussed a few fundamental concepts. How stocks and bonds work, diversification, inflation, and labor supply and demand. (On that last one I always mention LeBron James – he gets paid so much because you can’t replace him, I tell my son.)

These are topics I love, and my son is genuinely interested in them too.

During our chat he brought up the crazy fact that Zimbabwe had a $100 trillion note in circulation. It’s something I mentioned to him before.

I often cite it as a consequence of monetary policy and inflation gone insane.

So we talked about inflation and how the Federal Reserve has been able to keep it around 2% in recent years. That’s given all participants in our economy some reasonably stable and predictable prices on which they can base their economic decisions.

I told him this 2% or so inflation level has been a big success for our economy – and the envy of much of the world.

But today I learned something new – or perhaps was reminded of something I forgot.

In fact, the Fed is supposed to be pursuing an inflation rate of zero. I was reminded of this by Grant’s Interest Rate Observer – a publication founded by the very wise James Grant, a longtime critic of central bank manipulation of interest rates. I haven’t always agreed with Grant, but boy do I love reading him.

Grant’s latest missive points out that the Full Employment and Balanced Growth Act of 1978, also known as Humphrey-Hawkins, directed the Fed to achieve “a rate of inflation of zero per annum” by 1988.

The Fed quietly discarded this directive over time – and officially in 2017. And today our central bank is worried not about the ongoing erosion of the dollar’s purchasing power but about inflation at 1.6% being too low.

Such fears will likely drive Fed Chairman Jerome Powell and his colleagues to cut interest rates next week for the first time since the financial crisis of 2007-2008. Keep in mind that such cuts have traditionally been used to bring down high unemployment. But a quick look at the chart below shows that’s hardly the case this time around. 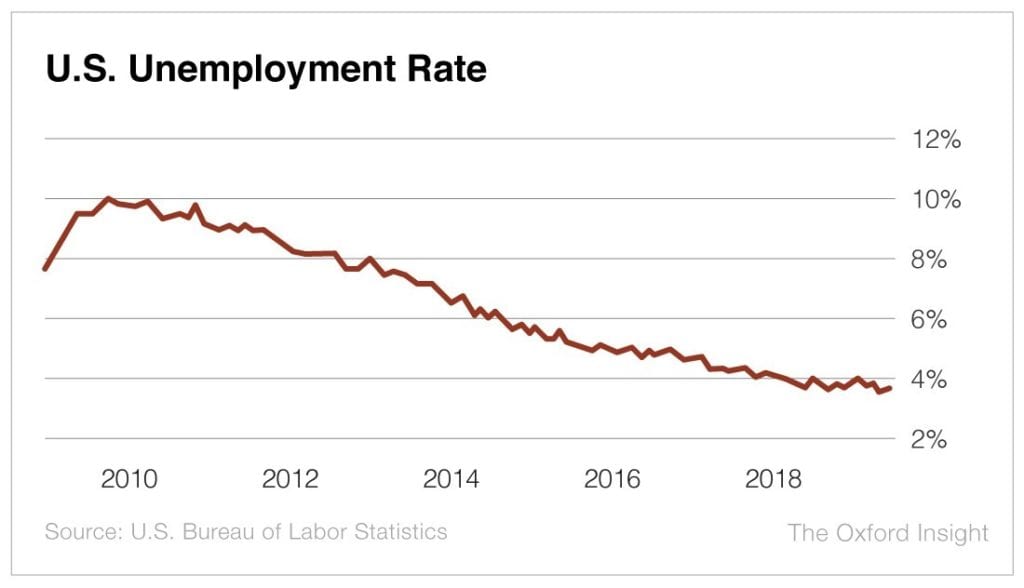 So it’s a whole new world. The Fed is attempting to push the unemployment rate to levels not seen in a couple of generations, without much concern about the risk of much higher inflation.

I’ve learned over many years of watching the Fed that monetary policy is as much art as science. But this unprecedented experiment is a wild one even for me.

Nobody – not me, not Powell nor anyone else – is certain how it will turn out. So we investors need to pay close attention to the potential consequences.

Keep in mind that the Dow and the S&P 500 are already within 1% of all-time highs. If further rate cuts by the Fed send market indexes even higher – without corresponding improvements in corporate earnings – we’ll surely be in bubble territory.

Even if that bubble doesn’t burst anytime soon, the Fed is entering uncharted territory, and we may not know the real consequences for years.

Perhaps my son will explain it to his son on a soccer camp commute one day. 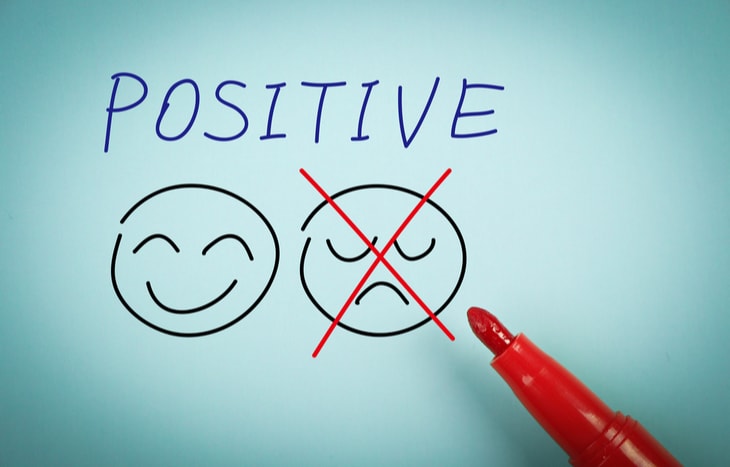 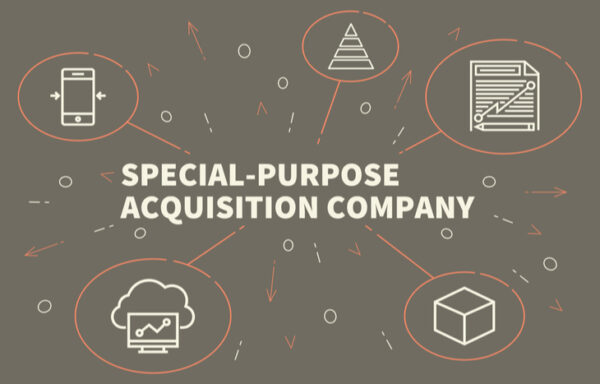 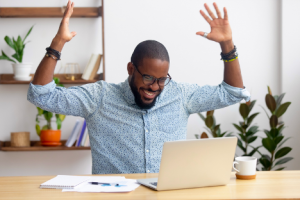