How Does The Foreign Exchange Market Work?

The foreign exchange market is the largest market in the world. It sees trillions of dollars exchanged daily through the buying and selling of currency pairs. It’s one of the most important financial markets for global commerce. It’s responsible for so many important aspects of currency regulation, from determining exchange rates to hedging against risk for international companies.

Unlike other markets regulated by exchanges, the forex market is unique in that it’s unregulated. It’s also decentralized. It relies on self-regulation through daily trading action, through supply and demand. It’s governed by macroeconomic factors on a global scale. Geopolitics, economic turbulence and import/export all effect the value of currencies. And, because all currencies tie into one another, these values stabilize other currencies.

Here’s a closer look at what the forex market is and how foreign exchange works on a global scale. 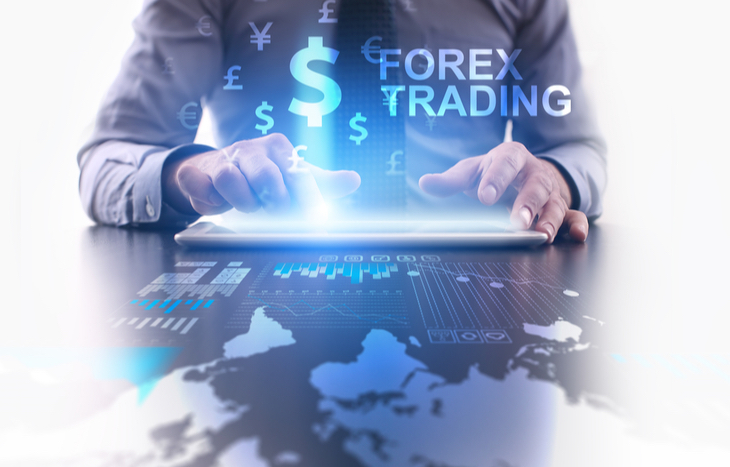 The forex market isn’t just a playground for traders. It’s also where people go to have their currency exchanged for travel, global business expenses and more. For example, a U.S. company buying goods from Germany will use the forex market to exchange USD to EUR. This exchange represents a transfer of wealth (a small one) as part of global import-export markets. In addition, forex helps make the transaction possible across borders and currencies.

Because fiat currencies anchor to each other via relative value, every forex trade happens in a currency pair. There are major, minor and exotic currency pairs.

Likewise, there are also minor currency pairs. These are currency pairs that don’t include the U.S. dollar, but still include major currencies. Some of the most common include:

Finally, there are exotic currencies. These currencies, paired with any major currency, form an exotic pair. Typically, exotic currency pairs involve one of the following:

There are dozens of more exotic currencies, as well as major and minor currency pairs. Forex investors can trade any two currencies in the world.

How to Buy, Sell And Trade Currency

Forex is one of the simplest markets for traders to establish themselves in. Not only are there no restrictions against day trading, but investors also benefit from 50:1 leverage. This affords them much more trading power. And that creates greater return on investment. Moreover, constant volatility means prices are always in flux.

To participate in forex, traders need to establish a forex trading account with a broker. This allows access to currency spot prices and bid-ask rates. Traders select currency pairs to trade, with the base currency first and the quote currency second. The first currency is bought; the second is sold. The idea is to trade pairs with rising relative value, to sell them again later at a profit.

The relative simplicity of the forex market makes it great for beginners who lack microeconomic proficiency. It’s also a highly liquid market—Forex trades 24 hours a day, five days a week. Serious traders can align themselves with the peak market times of economies around the world to capitalize on currency fluctuations in those countries or currencies.

Forex has some special terms that traders should get familiar with. These terms play an important role in understanding how the forex market works and how to trade currency effectively:

While there are many other forex terms to get familiar with, knowing the basics will get you trading in this market. In fact, most additional terms deal with the transaction of currency pairs.

The Basic Functions of The Foreign Exchange Market

The foreign exchange market is one of the most important global financial markets. It’s certainly the largest! Moreover, its chief purpose is to facilitate conversions of one currency to another. This allows for import-export, as well as transfer of wealth across borders. It’s also an extremely liquid market, which helps global economies function smoothly with available capital.

To learn more about global markets and building wealth, sign up for the Manward Press e-letter below. This daily newsletter gives you valuable tips to find your path to financial freedom in your life.

Under the surface, forex provides credit to countries and helps businesses hedge against risk when doing business overseas. It’s a prolific market that’s responsible for the global economy we know today.