A GFL Environmental IPO recently hit the markets. After delaying the IPO twice, the company finally followed through amid the coronavirus chaos.

The Canadian company is growing. And the numbers it’s reported were more than enough to catch investors’ interest. The GFL IPO was a success. But why? Here’s what we know… 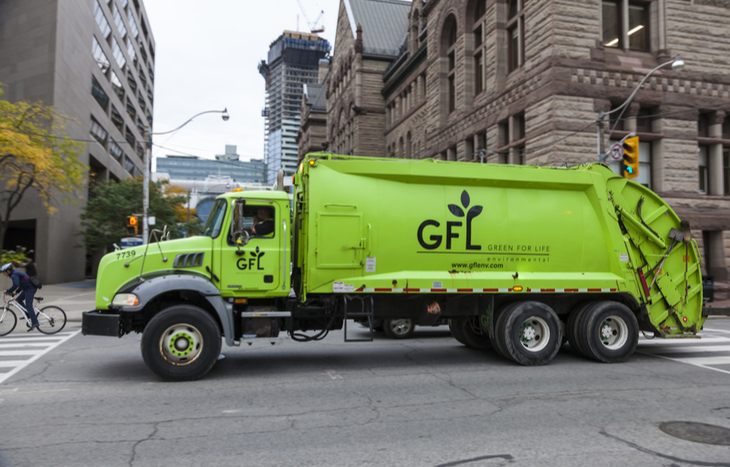 Patrick Dovigi, a Canadian former hockey goalie, founded GFL Environmental in 2007. He currently serves as CEO. The Ontario-based company is the fourth-largest diversified waste management company in North America. Its services include solid and liquid waste management as well as infrastructure and soil remediation.

The GFL IPO is the biggest listing for a Canadian company since Manulife Financial went public in 1999. So you might be wondering…

Why Did GFL Delay the IPO?

Given the success of the company’s public debut, it’s surprising it waited to go public. GFL delayed two IPOs in the last two years. And each happened for different reasons.

Instead of going public, GFL found support from private investors, BC Partners and the Ontario Teachers’ Pension Plan. Later that year, the company acquired Waste Management Industries USA Inc., enabling GFL to further expand into the U.S. It cost $2.8 billion.

2019. During one of the worst years for the IPO market, the company followed many others in pulling back its IPO. Uber and Lyft had flopped. WeWork pulled out. And at the last minute, so did GFL.

The original plan was to price shares between $20 and $24. The IPO would raise up to $2.42 billion on the high end of the range. That would give the company a value of $7.56 billion. The stock would be listed on both the New York Stock Exchange and the Toronto Stock Exchange.

However, underwriters couldn’t find demand higher than $18 per share. GFL made more than 100 acquisitions since its founding. That created a large amount of debt, and investors were worried by it.

But Dovigi said shareholders felt $18 doesn’t represent a fair value for the company. So they canceled.

“Shareholders have decided to inject more equity into the business to fund the future growth of the company and revisit the public markets later. Equity will go in as needed depending on future growth opportunities,” Dovigi said.

At a price of $18 per share, GFL would have raised $1.58 billion, according to number of shares offered.

The 2019 delay happened in November. At the time, the company had no plans to revisit an IPO anytime soon. So that leads us to the next question…

GFL revealed some impressive numbers in its financial reports. This likely increased investor interest. The year also started off with some strong IPOs, such as Reynolds (Nasdaq: REYN) which has been performing well despite current market conditions.

In the nine months that ended on September 30, 2019, GFL’s revenue jumped 98% from 2018 to $1.9 billion. The company’s adjusted EBITDA was more than double at $474 million. Its operating cash flow increased from a negative $88 million to a positive $91 million.

If those numbers aren’t impressive enough, GFL’s revenue for the 12 months that ended on September 30 was $2.4 billion. A breakdown of services shows 74% was solid waste, 10% was liquid waste and 16% was infrastructure and soil remediation. In the year before, solid waste made up 76% of revenue, showing how the company is diversifying.

Originally, the GFL IPO pricing was planned for March 3. However, the company priced it a day earlier, March 2. This is because underwriters found great demand during roadshows.

GFL sold about 75 million shares priced at $19, below the $20 to $21 range GFL was aiming for in the new IPO. This gives the company a value of $6.08 billion. GFL also offered 15.5 million tangible equity units at a price of $50 each. It plans to use part of the proceeds to pay off its debt.

Was the GFL IPO a Success? And Is It a Good Investment?

Despite the conditions of the markets due to the coronavirus, the GFL IPO was a success. The company raised $1.4 billion in its public offering. In addition to that, the sale of tangible equity units brought the total proceeds to $2.2 billion. In an email to Bloomberg, Dovigi commented…

“I’m thrilled that in the face of very challenging market conditions over the last week, we were able to successfully market and price one of the largest IPOs in TSX history.”

GFL stock started trading on March 3. Currently, the stock price is affected by the market’s volatility. But if the company’s revenues keep up with its recent reports, GFL could have potential after the market rides out the coronavirus threat.

If you want to learn about more investment opportunities, sign up for our free e-letter. Our experts will send you investment tips and trends. Whether you’re just beginning or an experienced investor, you’ll find useful daily insight.

Investors aren’t sure where the markets are heading. But the success of the GFL IPO shows there’s hope for all of us.