A Ginkgo Bioworks IPO is coming to the market via a special purpose acquisition company (SPAC). Soaring Eagle Acquisition (Nasdaq: SRNG) and Ginkgo announced a merger agreement, and investors want to know when they can expect Ginkgo Bioworks stock.

But is Ginkgo Bioworks a good investment opportunity? Here’s what we know… 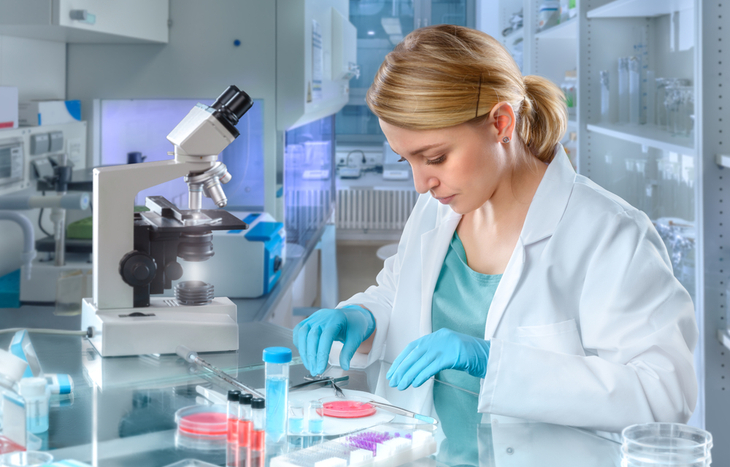 A group of MIT scientists founded Ginkgo Bioworks in 2009. It’s a biotech company based in Boston, Massachusetts. Its goal is to build made-to-order microbes for customers to grow better products instead of manufacturing them. The company does this with its cell-programming platform. The platform uses advanced robotic automation, proprietary software and data analytics.

Ginkgo Bioworks’ platform is used across diverse markets. These markets range from food and agriculture to industrial chemicals and pharmaceuticals. The company is also involved in COVID-19 efforts, including community testing, epidemiological tracing, vaccine development and therapeutics discovery.

The coronavirus pandemic led to what some believe is a medical breakthrough. The first two vaccines, developed by Moderna (Nasdaq: MRNA) and Pfizer (NYSE: PFE), use mRNA technology. The vaccines were the first applications of mRNA technology to receive approval. And experts such as healthcare SPAC CEO Joseph Hernandez think it’s the future of healthcare.

Ginkgo Bioworks believes cell programming can have the same effect on any physical goods industry as computer programming did on every information-based industry. This means the company believes its technology could be the future of engineered biology, and therefore, Ginkgo Bioworks stock could be an ideal opportunity.

The magic of biology is that cells run on digital code similar to a computer, except that instead of 0s and 1s it’s As, Ts, Cs, and Gs. Ginkgo’s platform makes it easier to program this code, and we are making this platform available to organizations working to solve our most pressing problems. From mRNA vaccines reaching people’s arms to combating climate change, the opportunity to work with programmed cells has never been more apparent. We are thrilled to partner with Arie as well as the team at Soaring Eagle to bring this vision to life.

Ginkgo Bioworks’ platform is used by enterprises to conduct cell-programming R&D. The biotech company earns usage-based revenues. It also receives value share in the form of royalties from products that go to market or equity in the partner company. Additionally, Ginkgo claims companies spend an estimated $40 billion annually on biotech R&D. It further supports its position by citing McKinsey Global, which says the bioengineered products market will reach $2 trillion to $4 trillion in the next 10 to 20 years.

But as mentioned before, investors aren’t getting a traditional Ginkgo Bioworks IPO…

Ginkgo Bioworks chose to go public via a SPAC. A SPAC is a blank-check company. That means it has no business operations. Instead, the company goes public in order to raise capital. The SPAC then puts the money into a trust until it can find a suitable acquisition. In this case, Ginkgo Bioworks is the acquisition and Soaring Eagle Acquisition is the SPAC.

Eagle Equity Partners continues to focus on companies that are in a category of one. Ginkgo is not only a leader in this field, but its founders launched the modern practice of synthetic biology. There has never been a more critical time to employ Ginkgo’s technological achievements and efficiencies toward solving so many real-world problems—environment, food, and health to name a few. We’ve been so impressed with Jason and his co-founders’ sense of purpose and we believe that this team will be the ambassadors of these advances for decades to come.

Bellco Capital is also a sponsor of the SPAC IPO. Bellco is led by co-founder Dr. Arie Belldegrun, who added…

We are at the beginning of a new era in scientific innovation, where industries which once worked in silos now come together to address challenging issues and improve human health. At Bellco and across our portfolio of biotechnology companies and investments, we have seen first-hand how the ability to program cells has started to revolutionize how we treat disease with the birth of cell and gene therapies. I am excited to join the Ginkgo family as a board member, with the hope of expanding use of Ginkgo’s state-of-the-art technology to assist biopharma companies and expedite drug development.

With that in mind, let’s take a look at the Ginkgo Bioworks’ IPO details.

The transaction values Ginkgo Bioworks at $15 billion. The deal is expected to provide up to $2.5 billion in cash proceeds. This includes $1.725 billion from Soaring Eagle’s trust and $775 million from a private investment in public equity (PIPE). The PIPE prices shares of Ginkgo Bioworks stock at $10.

Are you looking for the latest investment opportunities? Then sign up for our free Profit Trends e-letter! It’s full of useful tips and research from our investing experts. And if IPO investing interests you, check out these Top Recent IPOs and our IPO Calendar to stay up to date on the market’s latest opportunities.

When will Ginkgo Bioworks IPO? The board of directors for Soaring Eagle and Ginkgo Bioworks approved the transaction. Now it needs approval from the stockholders. If everything goes well, investors can expect Ginkgo Bioworks stock in the third quarter of 2021.