What Are Hyper-Growth Stocks?

Everyone has their own investment strategy, fashioned through their own risk tolerance, interests, timelines and other variables. Some look to day trade, others to invest long term. They might prefer value stocks to growth stocks. But what about hypergrowth stocks? Well, first things first, what even are hyper-growth stocks? Today we’ll explore what hyper-growth stocks are, while also providing some real world examples. 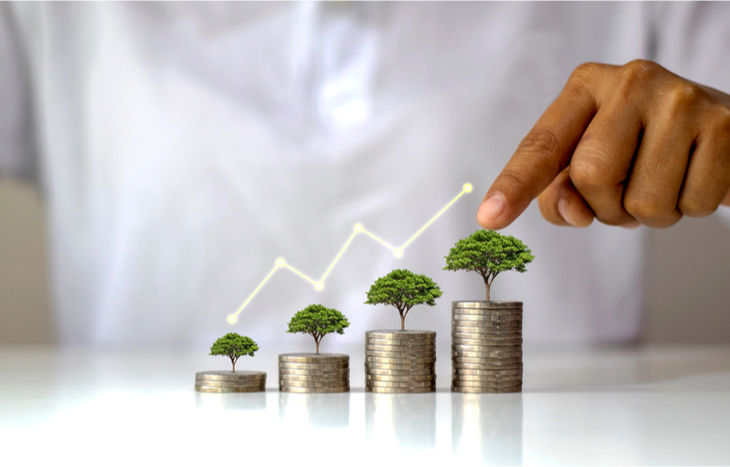 Hyper-growth stocks are companies that have a CAGR (compound annual growth rate) above 40%. In comparison, the average growth company has a CAGR below 20%. The method of calculating CAGR requires some fun math, using some basic investment information. While CAGR is used to represent a rate of return, it is more accurately defined as a projected return. So, what does a CAGR above 40% mean for a business? Well, it means that the business is doubling their revenue(s) every three or four years. If company (x) has $10 million in revenues last year, it will be expecting revenue to eclipse $20 million by 2025.

The last part, about doing so as quickly as possible, may be a function of survival for hyper-growth stocks. You see, the vast majority of these companies will fail. There’s a distinct difference between exponential growth and sustainability. When a company is focusing on growing revenue, that doesn’t mean that they are focused on growing profitability. Quite the opposite really, as hyper-growth companies rarely have any profit at all. Therein leads to the problems. When there is no profitability, hyper-growth needs to be sustained. But, without profitability, the company needs to get the money to continue operations somewhere. Enter the aforementioned prioritization on MA and partnerships, as well as VC and PE funding. The problem with always using someone else’s money? It usually runs out.

Fortune annually publishes a list of the fastest growing companies. They only include those hyper-growth stocks which trade on a major U.S. exchange , which diminishes some concerns about inaccurate data.

The Trade Desk (Nasdaq: TTD) is a company which has seen revenue grow from $46 million in 2014 to $1.2 billion in 2021. The stock has risen over 1700% in the last five years, before this year’s selloff it was up over 2500%. Even with that long run of growth, the stock still ranked as the sixth fastest growing company in 2021. Last year, the stock had a P/E ratio of 331.7. Mind you, the average P/E ratio for an advertising company is under 55. Yes, their P/E ratio last year was an astonishing 6x higher than the industry average.

Riley Financial (Nasdaq: RILY) has seen its revenue grow from $112.5 million in 2015 to $1.73 billion in 2021. The company was the number two fastest growing company in 2021. With revenue growing over 87% from 2020. However, unlike The Trade Desk, RILY trades at a pittance based off of its P/E ratio. With a P/E ratio under four. Riley trades well below the average P/E ratio of financial services companies. In addition, the stock has been compared to Berkshire Hathaway, though newer, and dividend paying.

The two above examples stand as proof of the different types of hyper-growth stocks. One trades far above industry standards, while the other trades well below. They also exist in different industries, with one being in advertising while the other is a financial services conglomerate. With both companies having been profitable for a number of years, it is unlikely they go under. For that reason, it will be interesting to see how long both can maintain current growth levels.

When approaching a hyper-growth stock, everyone hopes they’ve found the next Amazon. However, more often than not, they end up with a massive loss a tax write-off might not cover. For that reason, it’s important to have that extra level of caution when approaching any hyper-growth company.

As hopeful as a prospectus might seem, until sustained profitability is achieved, they are reliant on continued funding. For as long as the money is coming in, the company has a stock to become sustainable. However, once the money stops coming in, you don’t want to be the one left holding the bag.

Therein lies the risk to reward tradeoff. Once a hyper-growth company has been around long enough to have sustained profitability, it is no longer a cheap investment. Like TTD or RILY, it may have grown exponentially in a few short years. However, getting in early is an extremely risky proposition. Evaluate whether or not you can stomach the one in three odds of a hyper-growth company making it. If you don’t have the risk tolerance, interests, or timeline(s) for it, there’s nothing wrong with not investing.