Investing In Bitcoin: Everything You Need to Know

By the time younger generations are ready to retire, the financial world could look entirely different. In fact, new technologies like blockchain, cryptocurrency and Bitcoin are already reshaping the financial world as we know it. So, if you are planning for retirement, this poses a big question. Should you continue to use traditional retirement tools like Roth IRAs and 401(k)s? Or is it time to start putting a portion of your money into digital assets? Let’s take a look at everything you need to know about investing in Bitcoin. 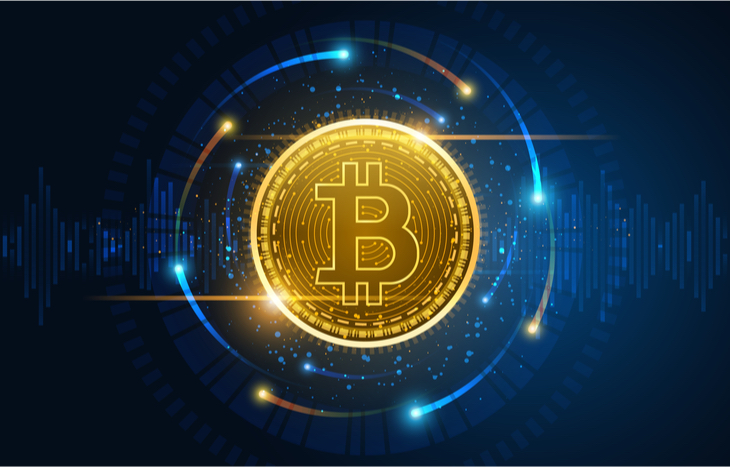 Bitcoin is a digital currency that was created in 2009. There are two main things to know about Bitcoin:

Bitcoin was intended to buy used as a currency. Due to its digital nature, it’s much easier to pay and transfer Bitcoin than dollars. This is especially true for overseas transactions. Some countries like El Salvador and the Central African Republic have even already recognized Bitcoin as legal tender.

However, many people prefer to simply buy and hold Bitcoin instead. In this sense, they use Bitcoin as an investment. Bitcoin’s price is constantly rising and falling. But, over the past five years, its price is up by over 1,400%. Investors that buy Bitcoin today are betting that it will continue to increase in value over time.

After all, if Bitcoin’s price continues to rise at this rate, then it will be exponentially more valuable a few decades from now. But why is Bitcoin’s price going up at all?  Let’s talk a bit more about that.

Keep reading to learn more about investing in Bitcoin.

At the end of the day, Bitcoin is valuable because millions of people believe that it’s valuable. This might sound like a ridiculous answer. But, it’s really no different than any other currency.

For example, a hundred-dollar bill is really just a piece of paper. The only reason that a dollar bill is valuable is because people agree that it’s valuable. The U.S. government has declared that a dollar bill is a legal tender, so businesses need to accept it. However, it’s naive to think that this status quo will last forever. If you look at history, currencies come and go all the time.

Even today’s globalized world has hundreds of different currencies like the U.S. dollar, Euro, Australian dollar, Canadian dollar, Swiss Franc, Japanese Yen, etc. Some currencies, like the U.S. dollar, are very strong. But others, like Zimbabwe’s, are in a state of hyperinflation. Hyper-inflation is when people stop trusting a currency and it essentially becomes worthless. When this happens, the price of goods goes through the roof.

Bitcoin enthusiasts think that the U.S. dollar could be headed in a similar direction. This is mainly due to the government printing trillions of new dollars over the past few years. If the dollar loses its value, then Bitcoin could take over as the world’s next dominant currency.

If Bitcoin ultimately becomes the de facto currency in the world, then tons of people will rush in to buy it. If this happens, then its value will surge. When that happens, you will wish that you had bought some back in 2022. On that note, let’s explore investing in Bitcoin for retirement.

Investing in Bitcoin for Retirement

By this point, you can buy Bitcoin on dozens of different exchanges. All you need to do is open an account on Crypto.com, Coinbase, or another exchange. From there, it’s easy to buy Bitcoin. However, if you are investing in Bitcoin for retirement then this plan presents a problem.

Let’s say that you invest all of your money in Bitcoin. Then, over the next several decades the price of Bitcoin soars. This would be great news because you’ll make tons of money. But, you’ll also be stuck with a massive tax bill. Most likely, you’ll be forced to pay tax on all of the gains that you’ve experienced. The more you make, the more you’ll pay in tax. Luckily, you can easily avoid this scenario (to an extent) by putting Bitcoin in a retirement account.

If you want to put Bitcoin in a retirement account then there is some good news. Fidelity, the largest 401(k) provider in the U.S., recently announced that it will offer Bitcoin as an option in 401(k) plans. Fidelity is a custodian for 23,000 plans. This could mean that Bitcoin retirement investing could be coming to thousands of employer plans over the next few years. This could also be a sign that other custodians will soon offer Bitcoin retirement investing.

Please note that this service isn’t available just yet through major custodians. However, if the trend continues then your employer might start offering it in the next few years.

Should you Invest in Bitcoin?

At the end of the day, where you choose to invest your money is a personal decision. Some investors are buying as much Bitcoin as they can. Meanwhile, others still believe that it’s just another fad. For example, Warren Buffet recently said that he wouldn’t buy all the Bitcoin in the world for $25.

Warren claims that Bitcoin does not have any real-world use. He compared it to stocks and real estate both produce income. For Warren Buffet, he would rather buy these assets instead of investing in Bitcoin. However, it’s important to remember that this is one man’s opinion. Warren Buffet also skipped investing in Google and Amazon because he didn’t understand their business models. This could be a similar situation.

When it comes to investing in Bitcoin, it’s usually best to only do so with a small percentage of your portfolio. For example, you could invest anywhere from 1-10% of your portfolio in Bitcoin. If you have a higher conviction then feel free to go higher. Or, if the rapid price fluctuations make you nervous, then you can also stay away from it completely.

I hope that you’ve found this article on investing in Bitcoin to be valuable! Please remember that I’m not a financial advisor and am just offering my own research and commentary. As usual, please base all investment decisions on your own due diligence.