LIBOR Rate Manipulation: What it Means for Investors

In case you’re not up on your major British multinational banking and financial services conglomerates, Barclays is headquartered in London and was founded in the late seventeenth century.

It has operations in over 50 countries and territories spanning across five continents. We’re talking upwards of 48 million customers. At the end of last year, it had a market capitalization of approximately $34 billion and was the twenty-second largest company listed on the London Stock Exchange.

Bear with me. The concept of the LIBOR rate is both simple and convoluted at the same time.

It’s almost amazing that it has a place in the world of high finance.

LIBOR stands for the London Interbank Offered Rate. This is the rate banks are charged to borrow money from each other.

Here’s how it works. Thomas Reuters, on behalf of the British Bankers Association (BBA), goes around daily to a bunch of BBA member banks asking how much it would cost to borrow money today from one another. The rate submitted isn’t based on anything concrete, but an estimate of what they believe they would have to pay. Take out the highs and lows, average the remainder, and you have your LIBOR for that day. Wow, that’s based on some heavy math and concrete data.

Now what does all this merry ole England stuff have to do with you?

Well, chances are you’ll never be in the market for an interbank loan in the U.K. – or at least I don’t think so. But, LIBOR isn’t just one rate with one purpose. Different LIBORs are calculated over different time horizons and in many currencies. The rate is used to price somewhere around $800 trillion of investment vehicles worldwide, including adjustable rate mortgages and student loans.

So what would be the reason to manipulate the LIBOR rate?

There’s been a lot of talk over media outlets that Barclays understated their LIBOR during the financial crisis. If they lowered rates, isn’t this good for consumers? It may have been. But that doesn’t look at the entire horizon of the story.

If you listen to the Regulators at the Commodity Futures Trading Commission (CFTC), the rate manipulation went in both directions. The rate submitted depended upon what type of contract the traders at Barclays were trying to make profitable. This has been documented as going back as far as 2005. That was at the height of market dealing and gambling.

It wasn’t till after the market hit bottom that there was pressure to keep LIBOR down. The lower your borrowing costs, the stronger the bank looked, and vice versa. Remember, the submissions are public record. This information would have easily been factored into pricing its equity.

And then consider that a low interest rate is good for mortgages and car loans because you pay less interest. However, if you’re trying to save in a LIBOR based investment that’s been manipulated lower, you may have been cheated out of return.

And it may have devastated your community. Many cities, pension funds and transportation systems had invested in vehicles based on LIBOR calculations in the mid 2000s. Those entities would have brought in less income if LIBOR was manipulated downwards.

It begs the question, “What cuts in your city or municipality may not have needed to be made?”

That’s why the city of Baltimore is leading a legal battle against banks, such as Barclays, that determine the LIBOR rate. It’s claiming the city’s budget cuts and layoffs were aggravated by the bankers’ LIBOR rate manipulation, which was linked to hundreds of millions of dollars the city had borrowed.

Will Justice Be Served This Time Around? (Probably Not)

Barclays got hit with about $450 million in fines from regulators both in the United States and the United Kingdom.

What may be even more devastating is another black eye for the banking industry. This story just doesn’t have legs across the pond. The initial findings are suggesting that some other global big time players such as Citibank (NYSE: C), J.P. Morgan (NYSE: JPM), HSBC (NYSE: HBC) and Lloyd’s Banking Group (NYSE: LYG) may have had their hands in the LIBOR cookie jar, too.

The bad press and fines may affect some bottom lines and the industry as a whole going forward – granted it hasn’t done much yet. But we may never fully realize the effect this had on unemployment rates and local economies around the United States and the world. 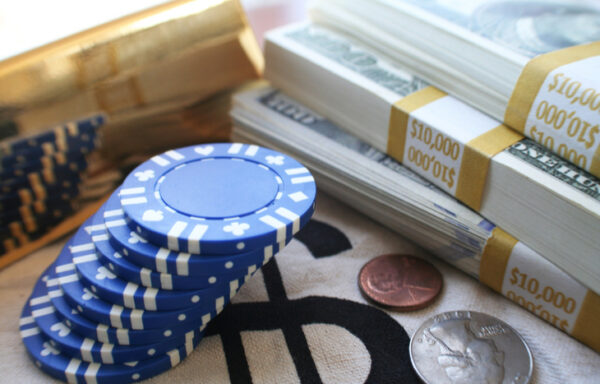