The Good, the Bad and the Ugly

Everyone has their strengths and weaknesses.

In my career, I have done well working in teams of people who I could build relationships with. But if I had been forced to work in a sales role, my family would have starved.

Small talk is not my strong suit.

Case in point, much to my horror, my wife recently invited another couple over for a visit on a Saturday night. Nice people, but for me not something to look forward to.

(Don’t worry, we stayed outside, so proper social distancing was in place the entire time.)

At one point, the conversation finally turned in my favor – toward the stock market. Our guests said they hoped to put a pool in later this summer, but after opening their first quarter investment statements, they didn’t think they could afford it.

Knowing that I’m in the world of finance, they asked what I thought…

I said humbly that in my opinion, they had assessed the situation completely wrong.

My take was that the big dip in the value of their retirement portfolio in the first quarter was actually good news. After all, they were still in their prime savings years and actively putting money into the market each month.

The market downturn that made their statements look so ugly would allow them to invest more money at better stock valuations, which would ultimately benefit their retirement portfolios.

As I said this, they could see the chances of children splashing in a pool in the near future increasing. I had taken the lemon they thought their Q1 investment statements were and turned it into lemonade.

I Understood the Crash Better Than I Understand the Rally

On March 20, I wrote to you (and risked making myself look foolish) by making a prediction.

Those were scary times. In the prior week, we experienced three of the 20 biggest single-day percentage declines in the history of the S&P 500.

Investors were on edge.

My prediction on March 20 was that we had seen the peak of the volatility and that the ride was about to get better.

I nailed it almost to the day. Lucky, yes – but it was also a prediction based on a lot of historical precedence.

I also predicted (with less conviction) that we could see the market turn higher in early April. While that prediction was also pretty good, I would never in a million years have guessed how high the market would go. 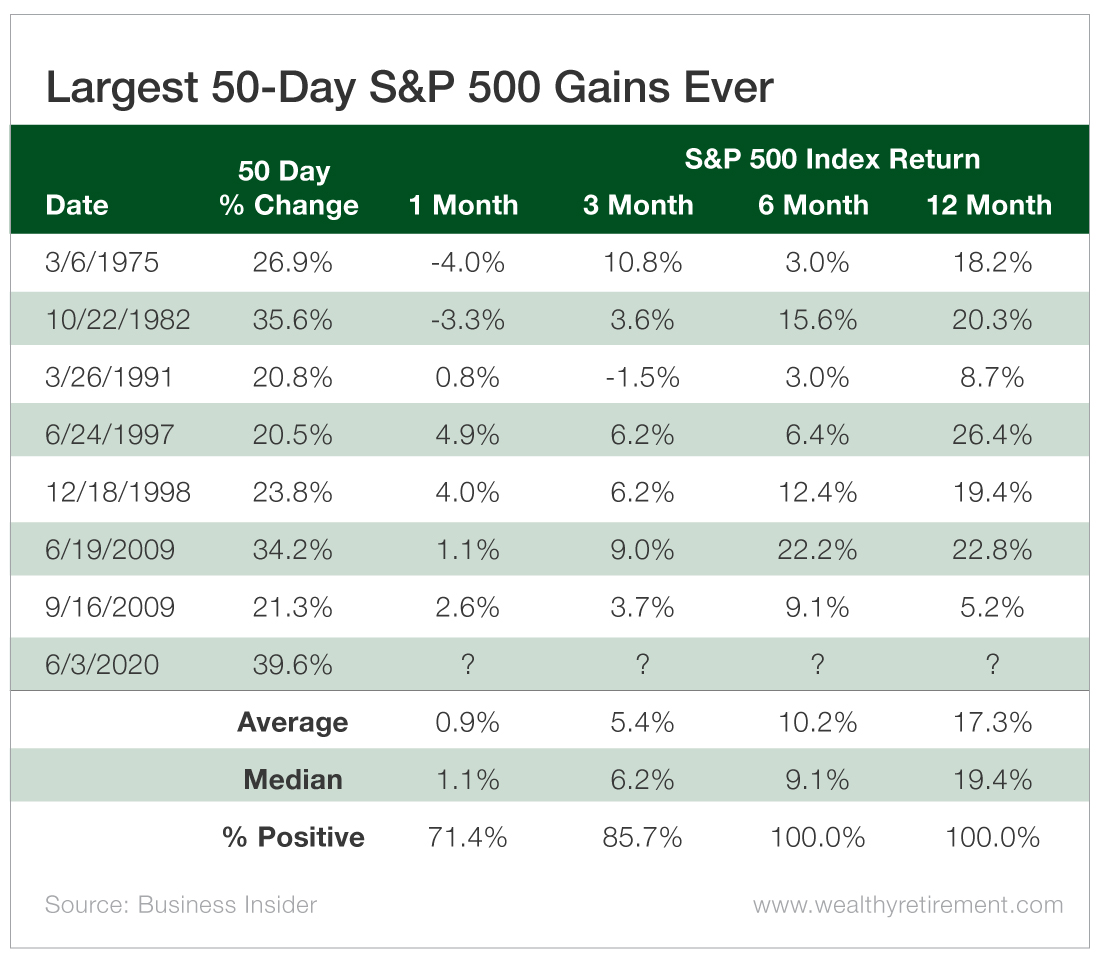 Click to see larger chart.The entire historic decline in the S&P 500 in March has already been erased.

It has been a breathtaking move, and it has a lot of experienced investors (including me) scratching their heads given that the global economy is in shambles.

Clearly, the widespread buying opportunity that was there for us in March is now gone. We still haven’t put COVID-19 in the rearview. I think the economy will steadily recover, but it is going to take time.

I still see value in some pockets of the market, but other areas have gone from attractive to downright expensive. I believe the market has gotten quite a bit ahead of itself at this point, and I certainly wouldn’t be surprised at a reversal.

In fact, as a stock picker, I’m kind of hoping for it.

As of now, though, the next time my wife invites friends over for a Saturday evening, they will be much happier about their investment statements. But they (like the rest of us) will need to be much more selective about the stocks they add to their portfolios at current valuations. 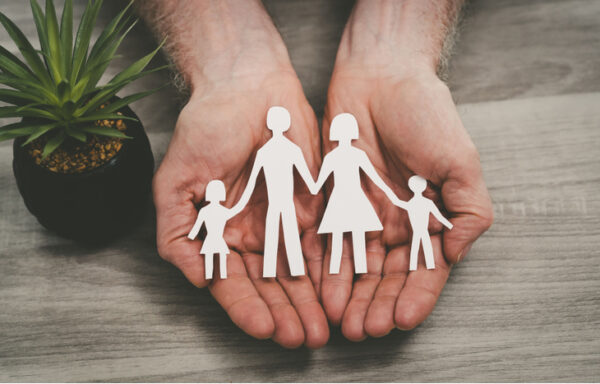 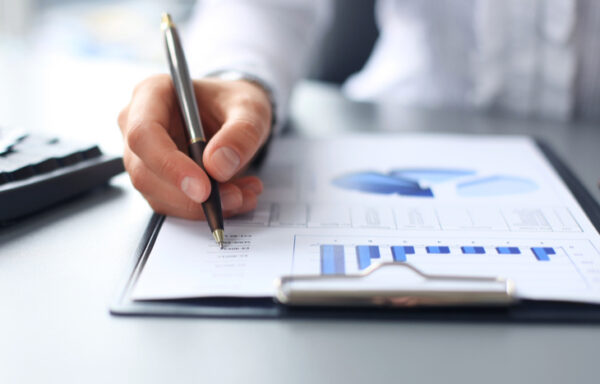 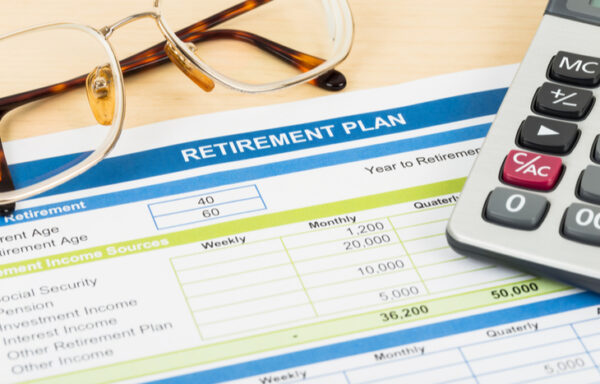