The Top Marijuana Stocks to Watch and Invest in for 2022

A list of marijuana stocks to watch can be a long one. They’ve had an interesting ride since first trading on major exchanges. There was a short-lived feeding frenzy that sent some prices sky-high. Some didn’t make it through and were demoted down to over-the-counter status… something we’re bound to see more of in this volatile industry.

That’s why we’ve put together this easy-to-follow list of marijuana stocks to watch. Included in this list are leaders in the industry that aren’t going anywhere. And they’re in a great position to expand along with the marijuana market. 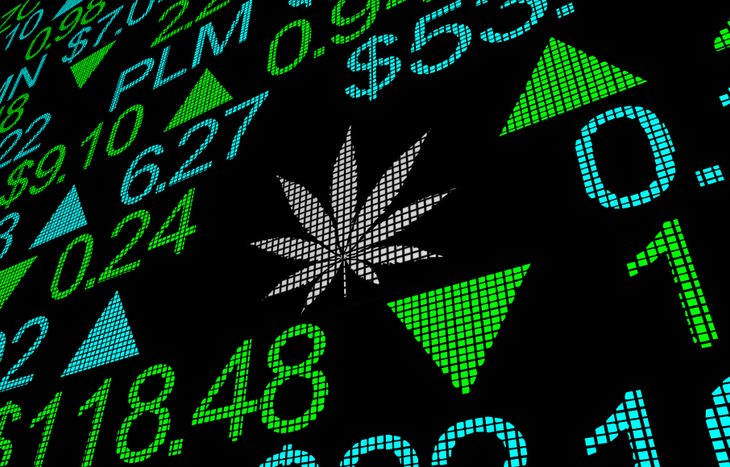 First, let’s start with the basics. There are many ways to make a play in the marijuana market…

You’ve got your run-of-the-mill producers. Then there are branded dispensaries. On top of those are pot-focused real estate investment trusts (REITs).

Biotech firms are also making headway in the lab. They’re finding new ways to apply marijuana’s medicinal properties to old ailments. There are also exchange-traded funds (ETFs) tapping into the marijuana space. And lastly, there are companies that have just glommed onto other marijuana companies to try and get a piece of the action.

Investing in a company doing any of the above is an easy way to gain exposure to the marijuana market. But just because a company is operating in (or adjacent to) the cannabis space doesn’t make it a good investment.

Marijuana Stocks to Watch and Ignore

Like we said, marijuana stocks have cooled down since the Nasdaq got its first pot listing in 2018. But a lot has happened since.

In recent years, public sentiment about the legalization (or lack thereof) has shifted. And the stigma attached to the marijuana industry has begun to fade. Congress has even passed a bill to decriminalize marijuana. All of this can serve as a major catalyst for the marijuana market. So much so that legal weed is expected to be a $97.35 billion industry by 2026. Incidentally, $2.2. billion worth of weed were sold in Colorado in 2021. And sales there have grown every year since recreational cannabis became a thing in 2014.

By comparison, legal marijuana sales amounted to roughly $10 billion in 2018. So growth is evident. But so is market saturation.

There are hundreds, if not thousands of companies competing for space in the marijuana market. But a lot of them aren’t built to last. Here are some key points to take note of while putting together your list of marijuana stocks to watch.

The Top Marijuana Stocks to Watch in 2022

No. 1 Canopy Growth Corporation (NYSE: CGC)
With a market cap of close to $10 billion, it’s the largest marijuana stock by value. And the company recently entered the CBD space here in the U.S. Canopy’s stock price has seen some ups and downs. But it has a solid balance sheet, financial backing from booze giant Constellation Brands and strong leadership. It also happens to be selling at a discount historically… All of which puts Canopy in the No. 1 spot in this list of marijuana stocks to watch.

No. 2 Aphria (Nasdaq: APHA)
This Canadian cannabis producer has had great growth this year. And it’s starting to eat into the market share of larger competitors. It’s done so by scaling out operations in order to reduce prices in key markets. The plan has proven successful and led to steady net revenue growth.

No. 3 Cronos Group (NYSE: CRON)
This Canadian company has broken into the Israeli medical marijuana market. And its ability to do so amid a pandemic is a good sign. Cronos is prepared to grow with this market. Its financials certainly back this up. Cronos recently reported a net revenue increase of more than 100%. It will also be launching its  Happy Dance line of products in in ULTA Beauty (nasdaq: ULTA) soon. And on top of that, this company is backed by the deep pockets of tobacco producer Altria.

No. 4 Innovative Industrial Properties (NYSE: IIPR)
This real estate investment trust is in the business of acquiring and managing industrial properties. It leases them to medical-use marijuana facilities. And business is good. Innovative recently increased the number of shares available and is using the influx of cash to buy more real estate assets. The company also has a healthy dividend yield of 3.18%… making this a passive income asset for marijuana investors.

No. 5 AdvisorShares Pure Cannabis ETF (NYSE: YOLO)
Right off the bat, the price of this ETF makes it very accessible to smaller investors. The other reason this ETF made our marijuana stocks list is that it has diverse holdings in U.S. and Canadian companies. The holdings include the consumer, real estate and healthcare side of the marijuana market. That makes this a simple way to gain exposure without as much risk. And like so many stocks operating in the marijuana space, it’s trading at a discount right now.

The Bottom Line on Marijuana Stocks to Watch

Pot stocks aren’t for everybody. They can come with a lot of baggage and uncertainty… not the least of which has to do with federal laws and banking regulations. But this is an industry with momentum on its side. And growth is expected to be fast and furious. That’s why the list above of marijuana stocks to watch could break out at any point.

And this list may need to be updated shortly. There’s talk that a group of senators have been invited to come together to craft a new cannabis bill. This could send shockwaves through the industry if anything comes of it. Increased legalization or decriminalization in the U.S. would be a major catalyst. Furthermore, it could lead to major players in the U.S. uplisting to major exchanges. But that’s a conversation for another time. For now, these remain our picks for the best marijuana stocks to watch.