What is Naked Call Selling?

Selling calls can be a lucrative way to make money. Savvy traders will sell calls to bullish investors and pocket the debit when the option is out of the money (or left unexercised). Unfortunately, there’s risk potential associated with call selling, which is why most investors sell covered calls. For those who have a huge appetite for risk, there’s also naked call selling.

Naked call selling occurs when an investor sells call options without owning the underlying security. An option that’s in-the-money can quickly become problematic for a naked seller. Because they don’t own the security, they’ll need to buy it to fulfill the contract. The higher the stock price goes, the more money they’ll lose on a naked call.

Why take the risk? For seasoned traders, naked call selling offers an opportunity to pocket options premiums as profits, without paying to hedge this bet in some way. It’s a dangerous prospect that’s best avoided. 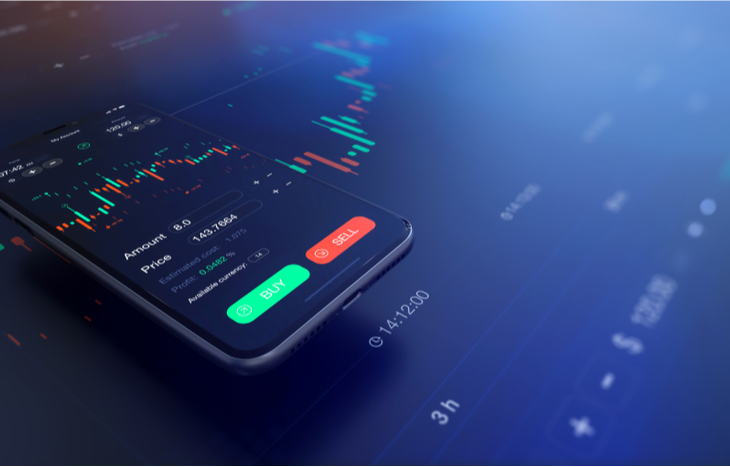 Traditional call selling is covered. Covered calls are those with a hedge against them, in the form of an equivalent security. For example, you might write a call option for ABC Company at a strike price of $30. If you own 100 shares of ABC Company, you have the ability to “cover” that call if and when it’s exercised. Essentially, a covered call has a safeguard in the event of a bullish run on the price. Because you own the shares, you can deliver them at the strike price.

Naked calls don’t have a hedge—meaning the investor doesn’t have the underlying security and therefore, will pay a premium if and when the call is exercised. They’ll need to buy the shares at the strike price and deliver them, which will incur a loss on the original investment—even after factoring in the premium collected when writing the call.

There’s considerable confusion between naked call selling and naked shorting. Both are aggressively bearish practices, but differ in key ways. Naked call selling involves writing an options contract for un-held shares, with the expectation those shares will lose value. Naked shorting involves selling shares not borrowed or owned, with the intent to buy them later at a lower price.

There’s also a big difference in terms of legality. Naked call selling is perfectly legal, albeit risky. Naked shorting is illegal, because the short interest may exceed the total available shares. To short a stock, traders must first borrow the shares to ensure appropriate liquidity. Brokers enforce this policy to prevent naked shorting; however, it can still occur due to arbitrage and discrepancies between electronic trading systems.

Whether naked or covered, selling calls assume a short position. You’re selling the call option to an investor who’s bullish on the stock’s prospects. It essentially comes down to a bet on good vs. bad performance, with call sellers on the side of the latter. Call sellers tend to assume a more bearish stance.

Naked call selling is the ultimate bearish bet. Selling calls without a hedge in the form of stock purchase or an offsetting call position shows zero confidence in the market. Many naked call sellers believe in broad market downturn—it’s their thesis for call selling. Naked selling is a doubling-down of an already bearish bet.

Many investors are lured into call selling by the promise of collecting the premium on the option contract. They choose not to cover the call because doing so costs money and eats into ROI. Instead, they sell the call naked. Here’s what it looks like when a naked call option goes wrong:

The price of ABC Company’s stock is $35. Jim is bearish on the company, so he writes a call option for $40. He’s so confident in his sentiment that he doesn’t cover the call—instead, he sells it naked. He pockets the $500 premium from the contract. However, in a few weeks, the company’s stock price is at $40. Then, it reaches $45. Then $50. By the time the contract comes to fruition, the share price is $60.

Losses on naked calls can be catastrophic for investors with multiple open contracts trending in a bullish direction. The higher the share price goes, the more it costs to buy the security and the larger the expense will be for whoever wrote the option. In the above scenario, Jim’s losses amounted to three times what he would’ve made in profit had the call simply expired out of the money.

Check Your Appetite for Risk

Naked calls have limited upside and unlimited downside. Without any protection against price appreciation, investors can find themselves out more and more money as a stock’s price continues to rise. Losses are inversely proportional to price appreciation. A bet on a naked call needs to be a confident one! It’s why most investors opt for covered calls, or follow their bullish sentiments as opposed to bearish ones. In either case, selling naked calls is an easy way to pocket contract premiums… but an equally easy way to put yourself at risk as a stock’s price climbs.

Too learn more abouot options trading, sign up for the Trade of the Day e-letter below. You can find invaluable tips, trends and stock picks from some of today’s top Wall Street experts!