Nasdaq Bear Market Brush: Are We Out of the Woods?

While there’s really no quantifiable definition of a bear market, the best benchmark is usually evident when a major stock market index falls 20% or more from its highs within a defined period. From November 2021 to March 2022, the Nasdaq Composite Index (IXIC) did exactly that, leading many to begin ringing alarm bells about a Nasdaq bear market. But now, in early April, the index has recovered as much as 15% of these losses.

There are a lot of questions that accompany prolonged market pullback. Was it really a bear market? Can we expect a reversal in the near term? Making up a significant portion of losses incurred over a six month decline in just one month is enough to make any investor nervous. To understand if the worst is behind us or if there’s still a downturn to come, we need to evaluate the signals.

Here’s a closer look at the recent Nasdaq bear market brush and how current signals stack up against what investors might be seeing on a stock chart. 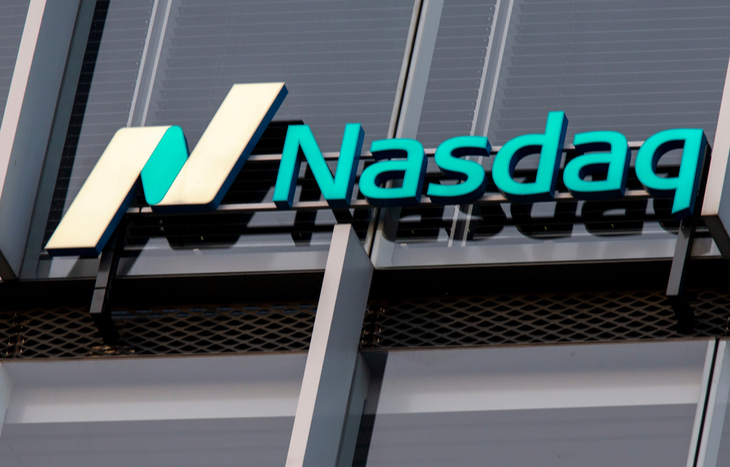 What caused the Nasdaq Composite Index to pull back in 2022? The answer stems from several factors, which all compound each other to cumulatively weigh on the index.

The biggest driver of the bearish downtrend is undoubtedly inflation. Inflation hit record levels at the end of 2021 and continued into 2022, affecting many companies’ financials. As business and consumer spending shifted toward more conservative practices, many companies saw depressed financials in Q4 of 2021 and Q1 of 2022. For instance, in Q4 2021, PepsiCo (NASDAQ: PEP) saw a decrease in net income of 28.35% and an EPS of -28.57%.

Inflation is only one prong of the problem affecting IXIC. Geopolitical tensions, supply chain issues and materials scarcity are all affecting the index, largely due to their impact on its constituents. Major companies like Nvidia (NASDAQ: NVDA) and Intel (NASDAQ: INTC) are affected by the global semiconductor shortage. Meanwhile, Russia’s attempted invasion of Ukraine has pummeled the tech industry as a whole. As a tech-heavy index—weighted in favor of companies like Adobe (NASDAQ: ADBE), Microsoft (NASDAQ: MSFT) and others—the Nasdaq slid accordingly.

One of the biggest single drivers of the Nasdaq bear market is Meta Platforms (NASDAQ: FB). The company has taken a hit of more than 30% year-to-date. Because IXIC is a cap-weighted index, Meta’s struggles have disproportionately driven the index down.

Technical Indicators for the Current Market

Year-to-date, IXIC is still down more than 10%, though it’s trending upward. Nevertheless, technical signs for IXIC remain neutral, signaling the continuation of a depressed market for the foreseeable future.

The Nasdaq Composite Index has a Relative Strength Index value of 54, signaling relative neutrality. In fact, according to most oscillators, the index stands almost perfectly neutral. There are mixed signals among its moving averages, which ultimately culminates in neutrality, as well. For example, its current 10-day Simple Moving Average rests at $14,291.93 indicating sell. However, its 20-day Simple Moving Average stands at $13,828.55, signaling buy. Longer trailing moving averages are all flashing buy signs, indicating momentum as IXIC continues to recover from early-year losses.

From a charting perspective, IXIC appears to be testing resistance at the $14,500 level, which it was unable to break in February before falling to support in the $13,000-$13,200 range.

Comparison to Other Major Indices

For those wondering if the Nasdaq bear market is here to stay, it’s worth comparing IXIC to other major indices, to gauge broad-market performance. Remember, IXIC is a composition of 3,000 Nasdaq-listed stocks. For comparison, investors need to stack its performance up against the S&P 500, the Dow-Jones Industrial Average and the Russell 2000.

While it’s evident that IXIC continues to struggle in 2022, in the context of other major indices, its recovery appears healthy. Despite falling harder and faster than other indices, the Nasdaq Composite index has recovered just as swiftly. While still down for the year, it’s on the way back up, lagging other benchmark indices by less and less with each passing week.

Is the Nasdaq Bear Market Over?

It’s too early to tell if the Nasdaq bear market is over. While its recovery effort in 2022 has been impressive, the index still needs to break resistance and establish new support as it continues to recover losses. Much of its sustained recovery depends on geopolitical factors, inflationary concerns and supply chain constraints. As these problems ease, IXIC can continue its run up with confidence.

From technical and fundamental standpoints, Nasdaq followers have plenty to be optimistic about. The end of the bear market largely depends on macro factors that are difficult to control. Nevertheless, the index appears poised to push through its early-year struggles on its current trajectory.