Oil Sands Extraction May Be Coming to an End

Fortunately, it looks like this process may be coming to an end.

Over the last five years, the oil sands industry has reduced its production costs by one-third. This took the break-even price for its crude down to $50 per barrel.

Then the COVID-19 pandemic struck. As a result, crude demand fell. And this big drop in demand briefly took all crude prices negative.

Today, West Texas Intermediate (WTI) crude has recovered to trade around $40 per barrel.

But as of this writing, Western Canadian Select (WCS) – oil sands crude – is trading at only $30 per barrel..

At that price, oil sands crude mining and production are losing propositions.

The question is, will they ever make money again?

A Complicated Extraction and Production Process

Conventional crude extraction starts with drilling a well. Most wells have natural pressure that brings oil to the surface.

As that pressure drops, pumps are installed. Once oil reaches the surface, it flows into gathering pipelines and moves on to refineries.

The crude in oil sands deposits is a sticky, tarlike substance called bitumen.

For shallow deposits, companies dig it out of massive, open pits.

To mine deeper bitumen deposits, companies sink a matrix of deep well shafts. They then inject steam into the shafts to heat the bitumen.

The heated bitumen can then be pumped out of the ground.

This process is anything but energy efficient.

It takes three to five units of natural gas energy to produce one unit of oil energy from Alberta’s oil sands. That makes oil sands crude one of the planet’s most carbon-intensive fuels.

Meanwhile, the rapid drop in crude oil prices has forced refiners to slow production. Canadian oil sands crude production is down by 644,000 barrels per day.

Producers have closed wells and other facilities. This could become a problem, as removing heat and pressure from producing reservoirs to close them can cause permanent damage.

Getting oil from the sands to refineries is also a problem. There’s limited pipeline capacity, and the only other option is train tanker cars.

The Keystone XL pipeline would help solve that problem. But it’s years behind schedule and may never be built.

Additionally, companies in the oil sands business have run up huge levels of debt.

All of these negatives are making the oil sands industry a less attractive investment. Large investors, such as BlackRock and HSBC, are already moving away from it. The same goes for sovereign wealth funds like those of Norway and Sweden.

The industry is in crisis mode. Research firm Rystad Energy says oil sands businesses will have to scale back capital spending by at least 40%.

To recap: We have companies with high levels of debt, an item that’s expensive to produce and limited ways to get that product to global markets. Sounds like a recipe for disaster.

It’s certainly not a place I would look to put my investment dollars to work. And I wouldn’t recommend you put yours there either.

There are other sectors that are thriving in the face of the coronavirus. And they’ll thrive long after it’s gone.

Technology. Biotech. Renewable energy. Online learning. That’s where my colleague Matthew Carr and I are investing instead. Stay tuned to learn more. 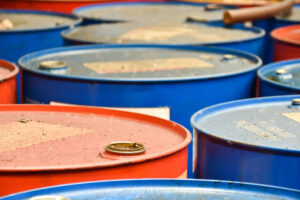 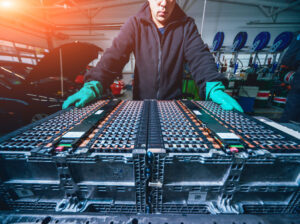 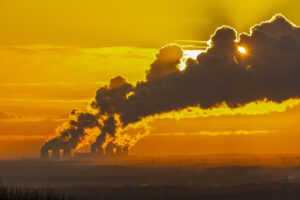 Carbon Capture Technology Is Ramping Up