The Smartest Way to Protect Your Money

Originally posted May 20, 2020 on Manward Press

Everywhere we look, folks are calling for more money. From the head of the Federal Reserve telling Congress to spend as much as it can to business owners begging Trump to keep the free money flowing.

By all measures, it’s working.

It’s no coincidence that stocks soared on Monday… just a day after Congress conjured up another $3 trillion worth of stimulus proposals.

The action we saw on Monday was quite good. Investors with the brains to play this mess are doing incredibly well.

For example, we wrote our Alpha Money Flow subscribers on Monday afternoon and told them to lock in two more big gains. Thanks to the power of options, we doubled our money once again. The average gain on our winning options plays for the year is now 165%.

But here’s the thing. The action we saw on Monday – where nearly every stock on Wall Street traded higher – is very likely to continue.

In the short term (perhaps as long as the next decade), that’s a good thing. After that… it’s trouble.

To understand why, we’ve got to add some context to the numbers.

Getting Rich… and Hating It

As the market melted down in March, we saw the death of a great bull market. Since the lows of 2009, the S&P 500 rallied by more than 300%. At the same time, annual gross domestic product (GDP) growth never managed to climb over 3% – the figure that’s widely considered the minimum benchmark for a strong economy.

It’s why it was dubbed the “most hated bull market in history.”

Few folks trusted the rally. The textbooks, after all, would tell us to expect growth figures much closer to actual economic growth.

Sadly, countless Americans missed out on this incredible wealth-building opportunity because they simply didn’t understand why stocks were zooming.

Do not let that happen again.

Monday’s rally is evidence that we will see the same trend once again. But this time the action could be even more swift and stocks could soar even higher.

It has very little to do with actual economic growth… and much more to do with what’s fueling it.
[mw-adbox]

At the start of the fiscal year, a few keen-eyed economists pointed at Washington and its quickly expanding spending. Back then, budget wonks predicted the federal government would spend just over a trillion more than it would bring in.

It was a big number. But remember, the economy was hardly growing on its own. It needed the federal spending to keep things humming. And, besides, unemployment was at record lows and the economy could handle the extra debt.

But then… well, you know.

Achoo. The world got sick.

Washington, already pushing the limits of its borrowing abilities, spent more in a month than it did during all of World War II. And now it appears ready to do it again, just two months later.

That’s a lot of money. And the stock market knows it.

It was expected to stay below 5% this year. But even that figure, which now looks anemic, is historically high for a time of economic prosperity and peace.

It’s important to note that at the height of WWII, the ratio topped out at a record-setting 26.9%. It was so high here in the States and across the globe that the world’s leaders were forced to call a bit of a meeting in a little New Hampshire town called Bretton Woods.

The result of that meeting was that gold was set aside for the mighty dollar. It became the currency of currencies – proving that to the victor truly go the spoils.

At least temporarily, that is.

What happened the last time the world saw such a massive deficit compared with its output is what allowed this nation to become the supreme leader in the realm of debt. In fact, it’s easy to argue that it’s not COVID-19 that’s the real threat these days. It’s a plague of debt.

We will almost surely see something similar to the Bretton Woods agreement come out of this mess. We have to.

When Congress – and its brethren around the world – is mulling stimulus packages that are a fifth of our overall economy (or more!), fundamental change is a given.

That’s why I’m more bullish than ever on gold and digital currencies like bitcoin. They’re the alternatives to this monetary mess.

But – this is important – so are stocks.

They are the savings accounts that are absorbing so much of Washington’s massive spending. Using an acronym you’ll hear a lot in the coming months… TINA. There is no alternative.

All of that freshly printed money – now totaling nearly a quarter of the S&P 500’s total capitalization – must go somewhere.

Yes, it’s scary to invest in stocks during times like these. But the last decade proves that it’s the very best way to get ahead of whatever is to come.

Yes, this mess will come crashing down – in due time. But there’s a lot of room for it to soar much higher before it does.

It’s an odd twist of the textbooks, but owning stocks has become the latest form of asset protection. 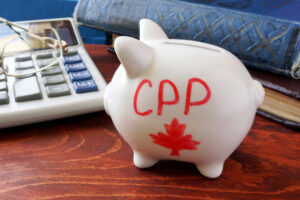 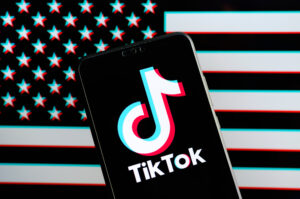 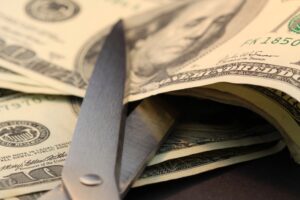 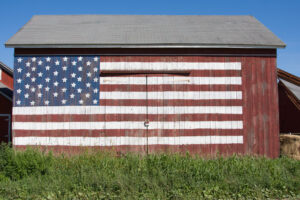 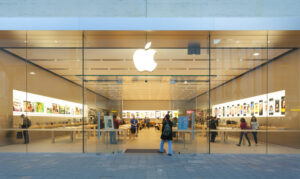