A Quicken Loans IPO was confidentially filed with the SEC. With more than 35 years of experience, the company is the top mortgage lender in the country. But is Quicken Loans stock a good investment?

Here’s what we know… 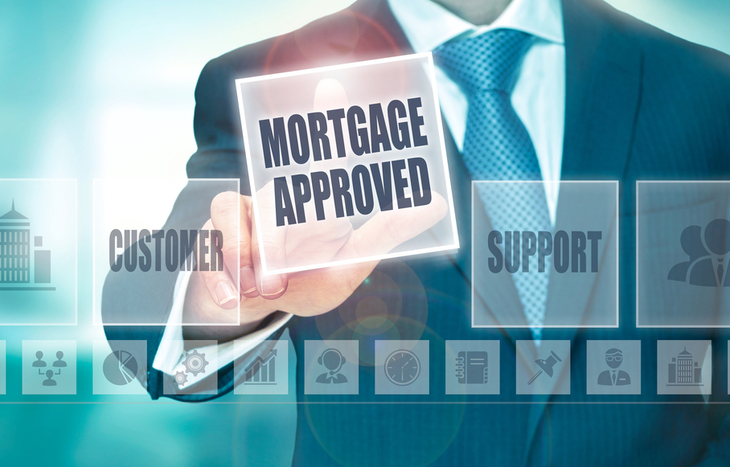 Billionaire Dan Gilbert co-founded Quicken Loans in 1985 with Ron Berman, Lindsay Gross and his own brother Gary Gilbert. The company’s original name was Rock Financial, later changed to Rock Financial Corp in 1987. About a decade later, Gilbert took Rock Financial public in an IPO. And in 1999, Intuit bought the company for $523 million. Intuit renamed it Quicken Loans. Gilbert and a small group of private investors bought it back in 2002.

Quicken Loans helped change the game for mortgage loans. In the late 1990s, the company switched to an online platform. In the past, loan companies needed multiple locations because each state has different loan regulations. But with online applications, Quicken Loans provides application reviews by experts based in different regions.

In 2018, Quicken Loans became the largest non-bank mortgage lender in the U.S. And now could be the perfect time for a Quicken Loans IPO. Although the company has not set a value, the situation looks promising for investors interested in Quicken Loans stock.

According to CEO Jay Farner, March was “the biggest closing month in our company’s history – nearly $21 billion in mortgages closed.” First quarter applications were close to $53 billion. The company estimates that the second quarter will bring in $75 billion.

To understand the importance of this accomplishment, columnist Julian Hebron at HousingWire says…

It’s way harder than it looks to fund even $5 billion. It gets exponentially harder when you go above $10 billion, and then again for $20 billion. Then if you almost double that again, you’re in the nation’s top 10 mortgage lenders, all of which took one to three decades to build organically and through mergers and acquisitions.

So the Quicken Loans IPO is coming when the company is on the cusp of becoming the No. 1 lender in the U.S. And although there is no firm value for the company as of now, analysts estimate it will be in the tens of billions. That means a multibillion-dollar IPO.

But investors looking for Quicken Loans stock should be careful. Interest rates just hit a new low. And although demand is up, profit could be down.

In the wake of the coronavirus, interest rates are at an all-time low. The Federal Reserve cut rates to help stimulate the economy. The “ideal” borrower can now get an interest rate just under 3%. Although lower rates often mean less profit, the increase in demand could balance it out.

We’ve got a slightly higher unemployment rate, and so that’s making it challenging for some Americans. But the vast majority can save hundreds of dollars a month, and so we’re seeing record numbers of refinance applications. And actually, the last few weeks, record numbers of purchase applications as people prepare to buy a home, so [it’s a] great time with low interest rates.

According to the Mortgage Bankers Association, mortgage applications increased 9.3% in the first week of June. Analysts think this increase is a result of pent-up demand during quarantine. But things likely won’t stay this way…

The coronavirus shutdown forced many businesses to close. As a result, many Americans applied for unemployment benefits. This led to the suspension of federal student loan payments. The government also ordered lenders to offer reduced or suspended mortgage payments for up to 12 months.

This could hurt banks and lenders like Quicken Loans. But the Quicken Loans IPO gives owners and investors the chance to cash out before the possible housing market crash.

So if you’re looking to invest in Quicken Loans stock, you’re wondering…

When Will Quicken Loans IPO?

Quicken Loans confidentially filed with the SEC. That means the documents aren’t currently available for public view. And they won’t be public until two weeks before the company’s roadshows.

[Quicken Loans] is continuously looking for new ways to invest in and grow our business, while also contributing in significant ways to our home communities… [We] are frequent targets of rumor and speculation. If and when there is news to report, it will come directly from us.

Sources claim the Quicken Loans IPO could come as soon as July. If the mortgage market stays on track, Quicken Loans stock could be a good investment opportunity.