Since the early days of the United States, railroads have played a critical role in helping the economy grow. The U.S. is one of the world’s largest countries by land area and railroads are crucial in transporting goods from one sea to the other (shining) sea. Already, investors have made billions by buying the best railroad stocks.

Today, there are about 140,000 miles of tracks laid on U.S. soil. The U.S. freight system is also generally considered the largest, safest and most cost-efficient in the world.

Even though airplanes can transport goods much more quickly, railroads have remained a staple of transportation for years. In fact, with recent discussion around projects like the high-speed rail system, railroads are more popular than ever.

With this in mind, it’s no wonder that lots of investors are interested in finding the best railroad stocks to add to their portfolios. 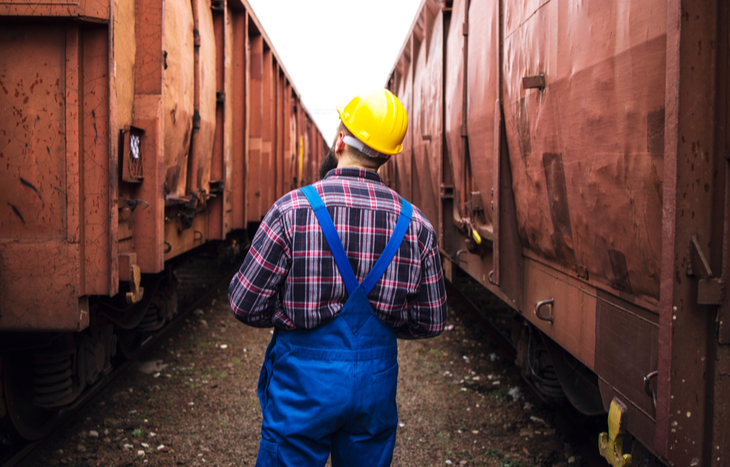 The railroad industry in the United States is definitely an interesting one. For starters, there has been a consolidation over the years. Today, there are only a handful of railway systems that dominate the country. The revenue of these railways also fluctuates with the economy.

There are two main reasons why investors buy railroad stocks. First, they usually provide income by paying consistent dividends. Second, since there will always be a need to transport goods, railroads are considered a stable industry. So much so that one of the world’s most famous investors, Warren Buffett, snatched up 100% of the country’s biggest railroad in 2009. Buffet’s purchase of Union Pacific for $44 billion was his largest ever and serves as a testament to his faith in the future U.S. rail system.

Before looking at specific railroad stocks, let’s take examine how America’s railway system has changed over the past few years. This will give us a good idea of which railroad stocks are a good buy.

America’s rail system used to operate using a hub-and-spoke model. Train cars would enter the main “hub” where they could then be sent off to any number of different destinations.

However, most railways have since transitioned to an operating model known as precision scheduled railroading (PSD). This new model was pioneered by Hunter Harrison and allows freight trains to operate more like passenger trains. This means that trains are dispatched on set, pre-determined schedules. That’s instead of having to wait for a sufficient number of loaded cars to become available.

This new PSR system has greatly improved railroad profitability and efficiency. It’s allowed operators to get more use out of their assets.

Now, let’s look at a few of the best railroad stocks to consider buying.

Union Pacific is one of the major railways that serve the western United States. In 2021, it posted total revenue of close to $22 billion and a net income of over $6 billion. Its dividend yield is around 2%, meaning that for each share of stock you own you can expect to receive about $5 in dividends annually.

Union Pacific is in the midst of transitioning to a PSR system, which could have a big positive impact on its stock over the long term if it’s successful. So far, it has already seen a 30% increase in locomotive productivity and a 21% reduction in car terminal dwell.

Its stock is up over 100% over the past five years. And as one of the top railroad stocks, it still has plenty of room to run. Especially considering Warren Buffet’s ownership.

CSX Corporation is a major railway that serves the eastern United States. Its network has over 20,000 miles of track and access to 70 ocean, river and lake port terminals. In 2021, it posted total revenue of over $12.5 billion and a net income of around $3.8 billion. Its dividend yield is currently just above 1%.

CSX has already implemented the PSR system which may be a reason why its return has outperformed that of Union Pacific. As far as future initiatives, it recently stated that it is committed to returning capital to shareholders.

As one of the best railroad stocks, it’s already up about 80% over the past five years.

Norfolk Southern currently boasts 19,300 miles of track that run through every major container port in the eastern United States. It posted total 2021 revenue of $11 billion and a net income of $3 billion. Its dividend yield is currently above 2%.

In Q2 of 2022, it also posted several all-time records. These records include its highest quarterly revenue from railway operations ($3.25 billion) as well as a solid railway operating ratio of almost 61%.

Its stock is up over 90% over the past five years and has more room to run.

Since there are only a handful of companies that operate railroads in the United States, I also thought it’d be interesting to look at railroad stocks that aren’t railroads at all.

Here is a quick list of a few companies that participate in the railroad industry without actually operating the trains:

I hope you’ve enjoyed my answer to the question, “what are the best railroad stocks to buy?” As usual, all investment decisions should be based on your own due diligence and risk tolerance. You might also want to consider two other vital industries to invest in. Check out these top agriculture stocks and water stocks.