Is Redwood Materials Stock on the Horizon?

Redwood Materials stock is not available at the current moment. However, this growing EV battery recycling company is gaining a lot of attention. Is a Redwood Materials IPO on the horizon? Let’s dig a little deeper and learn more about this innovative business with a high-profile owner. 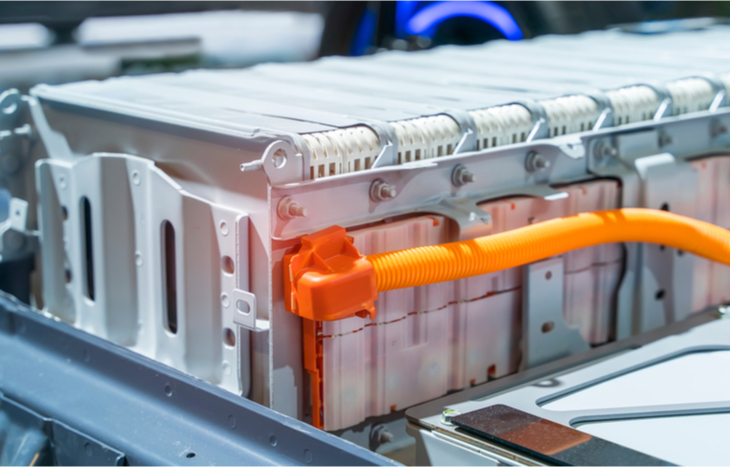 In 2019, Tesla co-founder, JB Straubel, announced he was leaving the company to focus on his start-up Redwood Materials. This was a major blow to Tesla. In fact, Straubel spent 15 years as chief technical officer at Tesla. Yet, he remains involved through a senior advisory role.

This news immediately sparked a conversation in the EV world. So, what is Redwood Materials exactly? It’s a start-up that is focused on the recycling of lithium-ion batteries and e-waste.

This is a space that not many companies have ventured into. And with Straubel at the helm, expectations are already going through the roof.

For example, Tesla has an astronomical market cap of over $900 billion. Can Straubel take his start-up to the tens of billions? If so, Redwood Materials stock would become a mega-hit. This business is currently valued around $3.7 billion after several rounds of private fundraising.

And for context, there aren’t many EV battery recycling companies on the market. The current industry leader – that is public – is American Manganese (OTC: AMYZF). It’s a penny stock with a market cap of just under $100 million.

But many people believe the EV battery recycling space is a gold mine waiting to be tapped. So it’s no surprise there is speculation that a Redwood Materials IPO is coming in the next few years.

As of right now, Redwood Materials hasn’t announced any plans to go public anytime soon. In fact, all Redwood Materials stock speculation is just industry here-say. Although in an interview with Bloomberg Straubel said he’s looking to grow the company in other ways before thinking about an IPO.

Therefore, you may want to keep your eyes on the company’s press page for the foreseeable future. Once this company does go public, it’s sure to grab headlines and gain interest due to its innovative work and high-profile leadership.

What to Expect: The Future of Redwood Materials

A Redwood Materials IPO may not be on the horizon after all. However, the company has major plans to continue its work in becoming an industry leader in the EV battery recycling world.

You can even get in on the company’s services. You can recycle your old phones, laptops, tablets, power tools and other lithium-ion batteries directly with the company. There is more information on the Redwood Materials website.

It’s starting to take some big steps towards becoming an industry leader. Redwood Materials recently announced a partnership with Toyota to recycle and reuse old batteries. This is in addition to its previously existing partnerships with Ford, Panasonic and Amazon. With so many industry giants on board, it’s not hard to see how Redwood Materials could become one itself.

This may be a stroke of genius by Straubel. Opening the business to connect directly with consumers can create an effective supply chain. And Straubel has made it known he wants Redwood to become the end-of-life solution for electric vehicle batteries.

So, Redwood Materials stock isn’t available on the market right now. But the company is showing its interests in growing on a global scale. This can only add to the growing speculation and investor interest.

The company currently has two facilities in Carson City, Nevada. Yet, Straubel aims to have facilities around the world to recycle scrap from battery cells and consumer electronics.

Investing in the EV Industry

Do you want to invest in the electric vehicle industry? If so, there is a wide range of companies to consider.

From Tesla (Nasdaq: TSLA) to Volta (NYSE: VLTA), you can invest in EV manufacturers, EV battery companies or EV charging companies. Yet, there’s also a growing list of businesses alongside Redwood Materials that have tons of promise and have yet to go public. Take Northvolt, for example.

The electric vehicle market is expanding quickly. And while Tesla is at the top of the mountain, there is plenty of money to be made. Redwood Materials stock may not be available for some time, but it will be a company to watch over the next few years.