RLY Crypto: How This Token Is Ushering in a New Use for Crypto

RLY crypto is an increasingly popular token on the Ethereum blockchain. It helps power the Rally network, which is a project we’re growing increasingly excited about. We’ll explain why, what it does and how it could help usher in a new user base to the crypto-sphere.

First off, RLY crypto is trending hard right now. That’s largely because its value has had a substantial upward swing of late. In the past week, it’s shot up more than 50% in value. That being said, it’s still a long way off from its all-time high of $1.40.

However, the recent resurgence in interest is noteworthy. The rapid rise in value can on one hand be seen as pushback against big social media companies. On the other, it’s helping to create a new way for artists and fans to connect. And in a way, that’s is only limited by creators’ imagination.

At the risk of alienating some readers, here’s the example that got my attention… 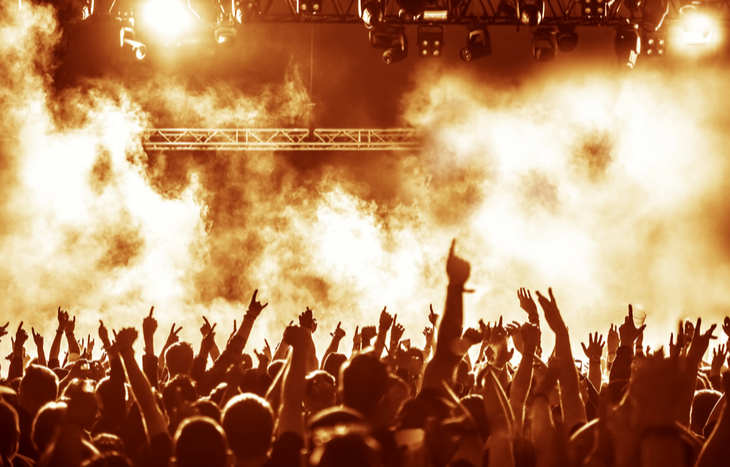 I was a big Megadeth fan in my youth. And truth be told, I still am. But I was kind of shocked to discover that this legendary metal band had a crypto token (or “creator coin” as they are called) all its own on the Rally network.

But here’s the thing… This isn’t a token that should be thought of as an investment. Instead it’s a notion of support for an artist I happen to like. And in return, I am granted access to exclusive merchandise and info. And the money spent on $MEGA goes right to the artist… Though there is a 4.5% processing fee tacked onto the total spend at the end.

I chose to pick Megadeth as an example because they’ve been around for nearly 40 years. It’s pretty unlikely that the band members know much about crypto. And doubtful that the band’s marketing team would be able to create a token on their own. But that’s part of the beauty. It’s incredibly simple to set up a new token on the network that RLY crypto helps power. And from there, it’s just about the creators making it worthwhile for the fans.

But this is just the tip of the iceberg. I recently read about the Grammy-winning producer !llmind. He’s worked with the likes of Jay-Z, Beyonce and Ludacris, among others. He’s since created the $BLAP token on the Rally network.

Now, if you happen to buy some of the creator coin, $BLAP, you can send it to !llmind in exchange for a custom beat. Or you can pony up some $BLAP for a personalized video shoutout. And those that hold enough of this token can gain access to training courses and even a collaborative Zoom session.

Now, some of these aren’t cheap. A custom beat from him will run around $50,000. But hey, you pay a premium to be able to work with a Grammy winner. That being said, this is an elevated example of just how interactive the network that RLY crypto runs can be.

And on top of this hyper-specialized fan club, those that buy tokens to support the artists they like are also eligible for RLY crypto rewards. In essence, both creators and creator coin holders receive the reward of RLY crypto into their accounts. The payout system operates on a weekly basis. And payouts are issued in conjunction with how many creator coins are held – as long as they are eligible.

One of the tokens with the most support volume on the Rally network is $TILT. This was created for the content marketing speaker Joe Pullizzi. So obviously, this isn’t just for fans of musical artists.

But this is a perfect example of how this comprehensive network can be used as a marketing tool. With this token, holders can gain access to insight from this marketing specialist. And it’s also a way that he’s finding freelance talent for his website.

You can check out the massive list of creator coins here. But there are two other big components to the Rally network worth mentioning. First off, there’s an impressive amount of community resources for users. This is where community developers can get together and learn how to build third-party apps on Rally.

And lastly – but not leastly – there’s also an NFT marketplace. This is a place where members can buy, sell and collect Rally-based NFTs. It’s not the most extensive collection of NFTs out there. But it’s proof that the Rally network is ready and able to enter this popular space as well.

All of this adds up to an impressive array of content and possibilities. So it’s no reason that RLY crypto is trending upwards. As more brands, artists and influencers become aware of the Rally network, its lists of coins will only grow. This means more RLY crypto rewards will be distributed. And that means supply will be decreasing over time.

My last seal of approval comes regarding the signup process that RLY crypto supports. It’s quite easy. Surprisingly so, even. I really wish all exchanges like this were this simple.

In order to get started, all you have to do is create an account with an email address and a password. Then you set up two-factor authentication – I used my cell number. From there, it’s just a matter of submitting a picture of your ID to stay in compliance with the Know Your Customer Rule 2090. This last part can take up to a day to be verified. But you can trade right away using a credit or debit card. You can also use a bank account if you prefer.

All in all, it took less than five minutes to set up an account and purchase my first batch of creator coins. Compared to dealing with several third-party vendors and applications on decentralized exchanges, the Rally network signup process is a breath of fresh air.

The Bottom Line of RLY Crypto

The network that RLY crypto powers is impressive. And there’s still a whole lot of potential that has yet to be tapped. It wouldn’t be surprising at all if a lot more artists jump on this bandwagon.

On top of this, the Rally network has a simple user interface – something many of these projects lack. It also promises to have a low environmental impact. Though to be fair, this is a bit harder of a promise to verify. But based on the pledges that the network RLY crypto powers has already lived up to, I’ll take them at their word for now

I have high hopes for the Rally network. And because of this I’m bullish on the token that powers it. As more and more artists and content creators discover it, it’s likely just a matter of time until the RLY crypto token exceeds its previous highs.