The Rumble SPAC IPO is set for its debut on the Nasdaq. In fact, this controversial video platform is ready to test the market in a SPAC merger with CF Acquisition VI (Nasdaq: CFVI). Let’s take a closer look at Rumble stock and its potential. In addition, we’ll dive into special-purpose acquisition companies (SPACs) so that you have a better understanding of the process. 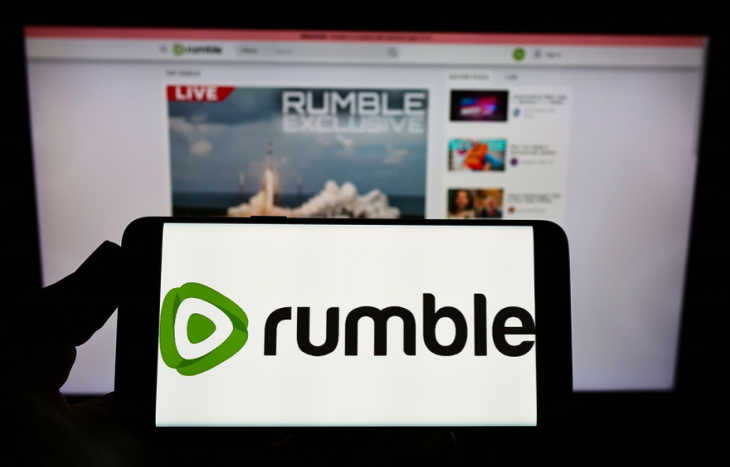 Rumble is a growing video platform that is seen as an alternative to YouTube, which is owned by Alphabet (Nasdaq: GOOGL). For example, it hosts video content from popular content creators such as Alex Jones and Russell Brand. It also features content from 44th President Donald Trump. And the company is currently in an antitrust lawsuit against Alphabet for $2 billion dollars.

In general, Rumble serves a more conservative audience and seems to tailor its content as such. Now it’s ready to go public via a SPAC merger with CF Acquisition VI.

Shareholders of CF Acquisition VI approved the merger in a meeting this week, according to the SEC filing. As a result, the Rumble SPAC IPO will take place on September 19, 2022 under the ticker symbol “RUM.” CFVI stock willl now trade as RUM stock starting on the 19th. The SPAC filing also noted that only 0.1% of its 30 million public shares were redeemed by shareholders.

Since the approval, CFVI stock has realized major volatility. The stock jumped above $14 a share mid-week before dropping off to the $11 level in less than 24 hours.  Yet, its recent financial reports are promising and Rumble’s data suggest the platform is growing at a much more rapid pace than expected.

If this is the case, it may be a great sign for this SPAC merger. Specifically, the original joint press release from 2021 values Rumble at $2.1 billion. And the video platform claims to have more than 78 million global monthly users.

What is a SPAC Merger?

A SPAC merger is an alternative to the traditonal initial public offering (IPO). Special-purpose acquisition companies do not operate a business. In fact, they have no products or services at all. Instead, they raise money by selling shares of stock via an IPO. They merge with a private company and, in most cases, change ticker symbols.

The SPAC is already a publicly-traded company, so the merger leads the private company to its public debut. But why do companies do this when you can go public through the traditional IPO process. Well, it’s actually pretty simple: less paperwork, formalities and time to debut. And this makes a lot of sense considering the Rumble SPAC.

The process for a SPAC merger takes significantly less time than a traditional IPO. It also requires less reporting. The Securities and Exchange Commission (SEC) is less involved in the process overall. And it only takes approximately 15 weeks to make it happen.

The traditional IPO process can take six to nine months and it requires much more oversight. The company will have to file a long list of forms through a much more in-depth process.

Rumble stock is an interesting investment opportunity. As of right now, the company seems to be expanding at a rapid pace. In addition, it’s testing new advertising models as it looks to meet the demands of its growing user base.

Nonetheless, the stock market is in a downturn due to recession fears, high inflation and economic pressure around the country. This has led many private companies to delay or cancel their IPOs altogether.

To stay ahead of these trends and investing news, sign up for one of the best investment newsletters that provides invaluable market research. These experts do the research and chart analysis for you! Therefore, you can make better decisions that can benefit your portfolio.

The Rumble SPAC IPO will go ahead after its approval. Now investors will keep a close watch on this SPAC merger as the controversial video platform tries to compete with a giant like YouTube.