Samsung Electronics (OTCMKTS: SSNLF) (KRX: 005930) is a global market leader in advanced memory technology and smartphone devices, among other innovative technology. The South Korean-based powerhouse is at the source of many consumer electronics we use every day. From smartphones to appliances and the chips that many of these devices run on. Samsung stock has been in the news again recently as the company’s vice chairman Lee Jae-Yong is being released from jail after serving 18 months.

The billionaire leader was accused of bribing the South Korean government in return for support of a business merger. A merger that would give Lee complete control over the Samsung empire.

Despite the recent string of bad news, Samsung stock is still up over the past year by 40%. After the news broke of Lee’s release last month, Samsung’s stock price dropped nearly 12% and has since recouped some of its losses.

With Samsung’s share price now down over 7% on the year, can the electronics manufacturer turn it around? This Samsung stock analysis will look at the factors that can potentially influence the company’s value. 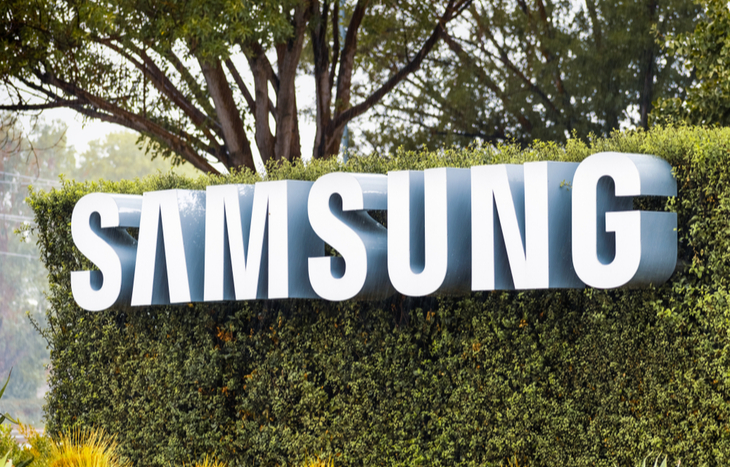 Samsung has been a global innovator since it was founded in 1969 and became a major manufacturer of consumer favorites, such as microwave ovens, black & white TVs, and kitchen appliances.

Fast forward to 2021, and Samsung is one of the largest brands in the world. Recognizable to most people by the classic blue Samsung sign. The company’s innovative product lineup has continued to meet the high expectations placed by consumers all over the world. Here are some of the innovations that continue to drive Samsung stock higher:

Samsung is without a doubt one of the largest technology brands in the world. The company’s ability to match consumer preferences and go beyond them has helped for sure. In fact, Samsung secured #5 in the 2020 edition of Best Global Brands by Interbrand. The company has worked its way up the list since it was first listed as #43 in 2000.

Though Samsung produces most its products in-house to ensure quality, the company has begun shifting away from that practice for some of its smartphones sold in China. The move comes as a decision to save on costs and improve profit margins in the country.

Though Samsung’s most significant share of revenue comes from its semiconductors, other business divisions contribute extensively to the company’s total revenue, such as smartphones, laptops, and appliances. With that said, Samsung faces stiff competition in nearly every segment of the business.

Revenue from Samsung semiconductor sales dropped in 2020 to $57.73 billion amid the pandemic disrupting the global supply chain and causing a shortage of chip supplies. But, Samsung wasn’t the only chip manufacturer affected by the supply chain issues. Several large industries felt the disruption, including automakers, video game developers, and cryptocurrency miners.

The good news is, according to Samsung’s second-quarter earnings report, the chip situation is improving. Total revenue increased to a record $55.7 billion, a 20% increase over the previous year. The team noted higher chip prices and more shipments of memory as reasons for the jump in revenue.

Samsung stock faces a high level of competition in the semiconductor industry. Other tech giants like Nvidia, Intel, and Taiwan Semiconductor continue to battle for market share.

Mobile communication is another strong segment of Samsung’s business. Smartphones are another tech device hit hard by global supply chain issues. In the second quarter, mobile sales decreased 24% from Q1, but the company still managed to increase 8% from the previous year.

Next, Samsung has plans to turn around mobile phone sales. The launch of its new foldable phone, the Galaxy Z Fold3, complete with two screens, should definitely help. The tech company is also expecting a boost in smartphone sales from the coming 5G expansion.

The smartphone market is highly competitive, with the biggest threat coming from Apple (NASDAQ: AAPL). Research from Counterpoint confirms Apple controls the largest share of the smartphone market with 53% of sales in Q2, followed by Samsung at 26%.

Consumer electronics is Samsung’s third-largest business segment. The company saw an increase in demand for its premium products, including TVs and appliances. Sales jumped 32% in the second quarter from the previous year and 3% over Q1.

The tech giant is expecting the CE segment to remain strong with the launch of the company’s new bespoke appliance series. Management also mentioned the uncertainty surrounding Covid19 and how that can potentially impact sales of consumer electronics.

How Can You Buy Samsung Stock?

If you have interest in buying Samsung stock, you should know they are not available through exchanges such as the NYSE or NASDAQ.

To buy Samsung stock, you have a few options -you can either a) buy it on the over-the-counter (OTC) exchange or b) buy it on the Korean Exchange (KRX). If you were to buy the shares on the OTC market, the Samsung ticker would appear as SSNLF (OTCMKTS: SSNLF) stock. Or, if you wanted to set up a South Korean brokerage account, you can buy it through the KRX exchange, and the ticker would be 005930 (KRX: 005930).

Also, Samsung is releasing several new projects that have investors excited about the company’s potential. The company is well situated, with demand for memory expected to remain strong in the second half of the year. And be sure to stay tuned for the slate of innovative new devices on the way.

For more on Samsung stock and other exciting investment opportunities, sign up for our free Trade of the Day e-letter. Join today to get valuable insights that will help you make smarter, more profitable trades.