NVIDIA Stock – Is Now the Right Time to Buy?

Nvidia (NASDAQ: NVDA) stock price has been running red hot lately. The stock exploded nearly 50% since the company announced a four-for-one stock split on May 21st, 2021. The rally has propelled NVIDIA’s share price to an all-time high value that continues to climb.

Now a series of significant upgrades is lifting the Nvidia stock price to the brink of another potential breakout. Can the chipmakers magical run continue? Let’s take a look at the factors that will determine if that happens or not. 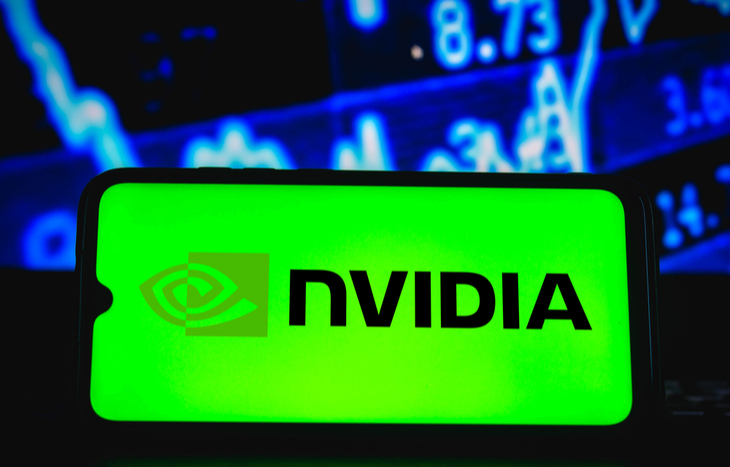 The semiconductor manufacturing giant, Nvidia, is much more than just a chipmaker. The company has expanded into several hyper-growth industries such as:

The expansions into high-demand categories has allowed Nvidia stock value to soar, currently sitting at a market cap of nearly $656 billion. The company’s stock price has investors relishing in the profits as Nvidia’s stock price has climbed nearly 129% since it bottomed on March 8th, 2021, going from $115 to over $263 at the time of this writing.

It seems Nvidia’s share price is immune to the recent bug that has plagued many tech stocks this year. It’s on the border of breaking out into all-time high territory again.

The stock also has the support of Wall Street with a string of recent upgrades and positive reiterations. According to information from Finviz.com, every analyst that has updated their analysis in 2021 either gave the stock either a) an upgrade or b) a reiteration with a price target increase.

Nasdaq analysts updated a 12-month price target for Nvidia stock. The new target would be a record high of $410 and a price target of $352. However, where does Nvidia stock stand after it called of the Arm merger?

The Collapse of the (ARM) Deal

In September of 2020, Nvidia announced it was entering into an agreement with Softbank to purchase the U.K. software/ chipmaker Arm Ltd (NASDAQ: ARMH). The deal was initially proposed at a value of $40 billion. $21.5 billion being in common stock, and another $12 billion in cash. The rest of the total being performance-based.

However, with Arm Ltd. being such a critical company in the technology space, helping to power some of the most innovative technology of our time, the proposed deal faced opposition across the board. Currently, the company’s products are being used to power 90% of all mobile phones. Both Apple (NASDAQ: AAPL) and Android – as well as other technologies such as smart T.V.s, tablets, and many laptops.

For this reason, the U.S. Federal Trade Commission (FTC) sued late last year to block the merger. Among other things, the merger could be a catalyst for competition in emerging markets for self-driving car chips and new categories of networking chips.

Nvidia ended its pursuit of Arm after the lawsuit due to “significant regulatory challenges preventing the consummation of the transaction, despite good faith efforts by the parties.” However, many analysts believe Nvidia stock is a buy even after the deal fell apart.

The Arms deal isn’t the only headline that has Nvidia stock shareholders on the edge of their seats. The company’s latest financials give a good representation of how well the company is performing. Here are a few of the major takeaways:

The company is in a unique position to take advantage of the future of technology with several exciting projects and partnerships, including:

Autonomous Driving – Nvidia is partnering with major automotive companies to supply software to power these vehicles. The chip-making company now has over $8 billion in backlog with companies like Mercedes Benz, Audi, Volvo, and NIO.

Gaming – The gaming industry has exploded in popularity in the past few years, and experts are now predicting the global gaming industry to be worth over $256 billion by 2025. Nvidia supplies next-level graphics cards that can optimize the playing experience for gamers.

Smart Phones – With Nvidia powering the great majority of smartphones, they can take advantage of the exponential growth in the smartphone market. In fact, by 2023, smartphone shipments are expected to reach 1.48 billion units.

The Future of Nvidia Stock Price

It seems everything is looking up for Nvidia and its shareholders. You may be asking yourself now, “should I invest in Nvidia stock?”

To answer that question, there are a few things you should consider. First of all, the company does face stiff competition with well-established companies like AMD (NASDAQ: AMD) and Intel (NASDAQ: INTC), also developing the next generation of graphics cards to power the future.

The Nvidia share price has now reached all-time highs. When analyzing this stock, you will find the demand for Nvidia shares is still on the rise. But, this also means that you will also be paying a premium to purchase Nvidia shares as the P/E ratio is currently sitting just under 69.

Although that may seem expensive right now, Nvidia stock price still has a lot of upside potential. Keep in mind the growth Nvidia has experienced and the innovative industries they are producing products for. If the company maintains its current pace of innovation, the sky is the limit for Nvidia stock price and its shareholders.

For the latest updates on Nvidia stock, crypto and other exciting investing opportunities, sign up for our free Manward Financial newsletter today!