Against nearly all odds, IPOs had a stellar year in 2020. The average first-day return for IPOs was almost 42%. And the average annual gain for IPOs was 75%. That’s as well as the IPO market has performed in 20 years. 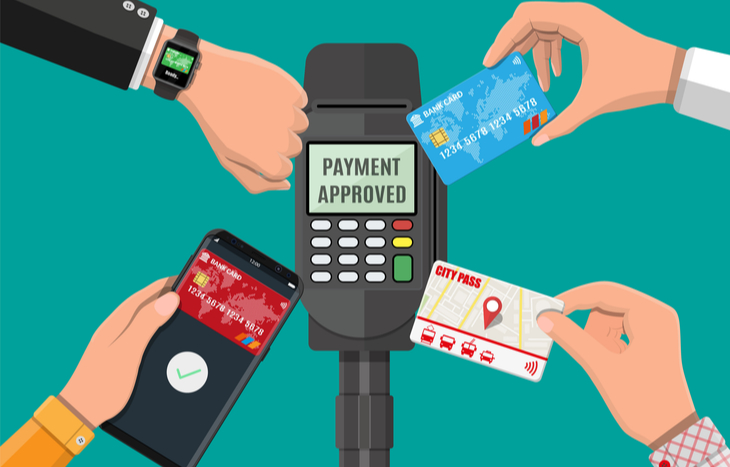 One of the biggest success stories to come out of 2020 was Shift4 Payments stock. But it almost didn’t come to be.

The payments company filed with the SEC to go public in December 2019. It was supposed to go public a few months later, in February 2020. But the pandemic ground those plans to a halt. As the markets fell and lockdowns began, things started to look bleak for Shift4.

Transaction volume from its hospitality merchants fell 80%. In turn, the company drew its remaining $64.5 million from under its revolving credit facility. The company furloughed a quarter of its workforce. Salaries were reduced across the organization. Nonessential improvement projects were frozen. But eventually, the IPO show went on…

In June 2020, Shift4 Payments stock jumped into the public domain. The issue price was $23 a share, but it first traded at $33. By the end of the day, Shift4 shares closed up 46%. Since then, Shift4 Payments stock is up more than 200%. So what gives? How does a company go from hemorrhaging cash to becoming a Wall Street darling in a matter of months? By doubling down on its business plan…

Going up against the likes of PayPal Holdings (Nasdaq: PYPL) and Square (NYSE: SQ), Shift4 stock started in an uphill battle. But the company was far from new at this. And this wasn’t the first time it had navigated a crisis.

CEO Jared Isaacman founded Shift4 Payments in 1999 from his parents’ basement. Since then, it’s thrived through the dot-com bust in 2001. The 2008 financial crisis left a mark, but the company got through that one too. So it makes perfect sense that a global pandemic would merely slow Shift4’s progress.

Nonetheless, investors have mixed feelings about the future of Shift4 Payments stock. Some feel that its success stems from unfounded optimism. After all, being heavily reliant on restaurants at a time when so many are closed or limited isn’t a great indicator of success. However, Isaacman has managed to guide his company toward growth.

Revenue is up by 10% compared with the previous year. And during all of this, Shift4 also acquired the 3dcart ecommerce platform. This granted the company exposure to international markets. This fit in perfectly with Shift4’s plans to expand internationally. But by the looks of it, Shift4 isn’t putting the cart before the horse.

Shift4 Payments stock didn’t go up due to irrational exuberance. Its slow and steady growth helped pave the way. As uncertainty loomed, an increasing amount of local businesses turned to Shift4 to help manage their payment processes. And interestingly, in areas where stay-at-home orders kept workers from their offices, transaction volume exceeded pre-crisis levels. More people were spending locally. And they weren’t using cash…

Can This Growth Continue?

In a word, yes. Despite major struggles in the hospitality industry, Shift4 has been introducing new merchants to its platform. And two of the key drivers there are its SkyTab and QR Pay contactless payment solutions.

Improvise. Adapt. Overcome. That seems to be Shift4’s mantra. And thanks to its plans, the company will be in an excellent position when travel resumes and restaurants can fill back up to capacity. When one of the hardest-hit segments of the economy bounces back, Shift4 looks to be in a position to ride its upward swing even higher.

But keep in mind, Shift4 Payments is still a small fish in a big and deep pond. It’s competing against the likes of the banking industry for a piece of the payment pie. And it’s proving to be successful… for the time being.

The key here is to keep an eye on whether Shift4 can continue to disrupt. But a cash-free society is getting closer. And even those who get a small chunk of the cashless payment action will be able to thrive… because people aren’t going to stop buying things any time soon.

With a market cap around $6 billion, Shift4 has a lot of growing to do before it’ll be considered a legitimate competitor. But all that growth potential means that those who get in the earliest will be in the best position to ride the upward momentum.

It’s also worth noting that CEO Jaren Isaacman has big plans underway – both for his company and for himself. He’s shooting for the stars… almost literally. He’s funding (and plans to pilot) the first all-civilian spaceflight. He will shoot into orbit and circle the globe for several days in a SpaceX Dragon capsule with three others.

While that makes for good PR (and good Super Bowl commercials), it’s also a great example of the young CEO’s unconventional approach to running a business. And in uncertain times, a lack of convention can be an invaluable asset. But the jury is still out as to whether that will be enough to propel Shift4 Payments stock upward.

If you’re interested in learning about other up-and-coming industry disrupters, we suggest signing up for our Profit Trends e-letter. It’s an excellent way to stay on top of the coming innovations that will move tomorrow’s markets.