The Shoals Technologies IPO brings an eco-investing opportunity. As a leader in the solar industry, it seems like a promising opportunity to pick up SHLS stock. The company publicly filed and announced the roadshow is already underway.

But is Shoals Technologies a good investment opportunity? Here’s what we know… 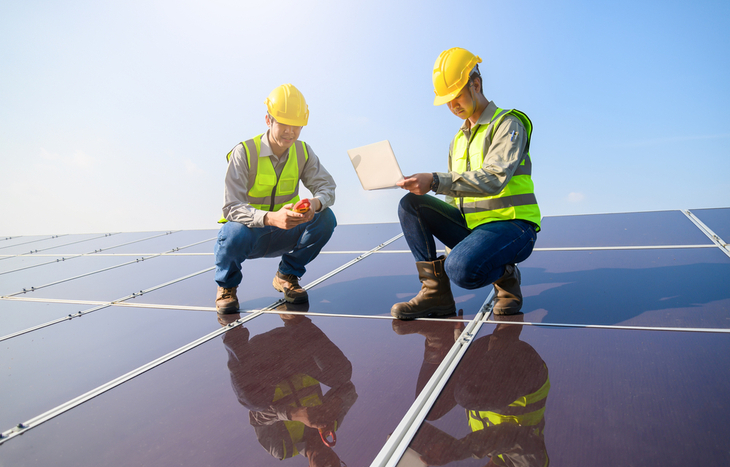 Shoals Technologies is an electrical balance of systems (EBOS) manufacturer. According to CED Greentech, BOS refers to the components and equipment that takes energy produced by solar panels and moves it through the conversion system, producing electricity. Shoals claims EBOS components are essential but have a high consequence of failure. This includes lost revenue, damage to equipment, fire or even injuries.

In addition to increasing reliability and safety, the company aims to lower labor costs of installment. Shoals commercialized the “plug and play” EBOS system. It can be installed by general labor instead of an electrician. Shoals’ products are usually sold to engineering, procurement and construction firms that build solar energy projects.

Through innovation and diversification our company has grown exponentially since its founding in 1996. We maintain a diverse portfolio of PV balance of systems (“BOS”) products, including custom harness solutions, combiner/re-combiner boxes, junction boxes, PV wire, in-line fuses, racking and string level monitoring solutions. Our team expects and maintains the highest standards for excellence. It is this standard, and a pursuit for innovation, that drives Shoals to invent simple. With solutions second to none in the marketplace, we are privileged to have our products installed in some of the largest solar fields around the world.

But when looking at the Shoals Technologies IPO, investors need to know Shoals can continue to be at the top of a growing market. So let’s look at the industry Shoals stock will compete in.

The primary driving factor for EBOS demand is ground-mounted solar energy projects. This is where Shoals’ historic revenue comes from. In the IPO prospectus, Shoals states solar is the fastest-growing form of electricity. Annual installations of ground-mounted solar projects grew at a compound annual growth rate (CAGR) of 20% between 2014 and 2019. It represented about 22% of all new generation greater than one megawatt. The market is expected to grow by $42.4 billion from 2020 to 2024. That’s a CAGR of 16%.

Shoals lists these key drivers in the U.S. market:

Solar manufacturer Array Technologies went public last year. And the market responded positively. That means the Shoals Technologies IPO has a good chance at being successful if investor demand is still high. So, for those interested in Shoals stock, let’s look at the finances.

Net Income: This is where the differences start between Shoals Parent and Shoals Technologies. Although they have the same income before income taxes, the company faces different interest expenses for 2019 and 2020.

Shoals has been around for decades, so it’s no surprise to see the company is profitable. And the continued upward momentum is a good sign for investors, for both company and market growth. With that in mind, the big question is: What is the Shoals Technologies IPO date?

Shoals Technologies filed on December 30, 2020. The company set terms January 19 and the expected Shoals IPO date is January 26, 2021. The estimated price range is $19 to $21 a share. The offering consists of 50 million shares. Shoals will offer 10.5 million while the remaining Class A stock will come from parent entity Oaktree Capital Management. The underwriters’ option includes up to 7.5 million additional shares.

Shoals Technology will trade on the Nasdaq under the ticker symbol SHLS starting January 27, 2021.

If you’re looking for the latest investing opportunities, consider signing up for Profit Trends. It’s a free e-letter that’s packed with investing tips and tricks. Whether you’re a beginner or already experienced investor, you’ll find some great insight from investing experts. And if IPO investing interests you, check out our IPO Calendar to stay up-to-date on the market’s latest offerings.

Eco-investing is a growing trend for investors. And looking at recent companies that went public in the solar industry, there’s a good chance SHLS stock will see a successful first day of trading. And that means the Shoals Technologies IPO could be worth looking into.