Short This Stock Before Trump Speaks at the Republican National Convention

We are apolitical in The War Room. Leave the politics at home!

Our mission is investing… in whatever will make us money.

However, we are not blind to the opportunities that politics and politicians can bring to the table!

And next week, one of those opportunities may arise at the Republican National Convention. We’re ahead of it in The War Room, and it’s something you may want to get in on as well.

Members are short the iShares China Large-Cap ETF (NYSE: FXI). Unless you have been living under a rock, you know that if there is one country President Trump dislikes (whether for real or just for politics), it’s China. He blames the country for trade woes, intellectual theft, the coronavirus, the plunge in the U.S. economy… the list goes on and on. 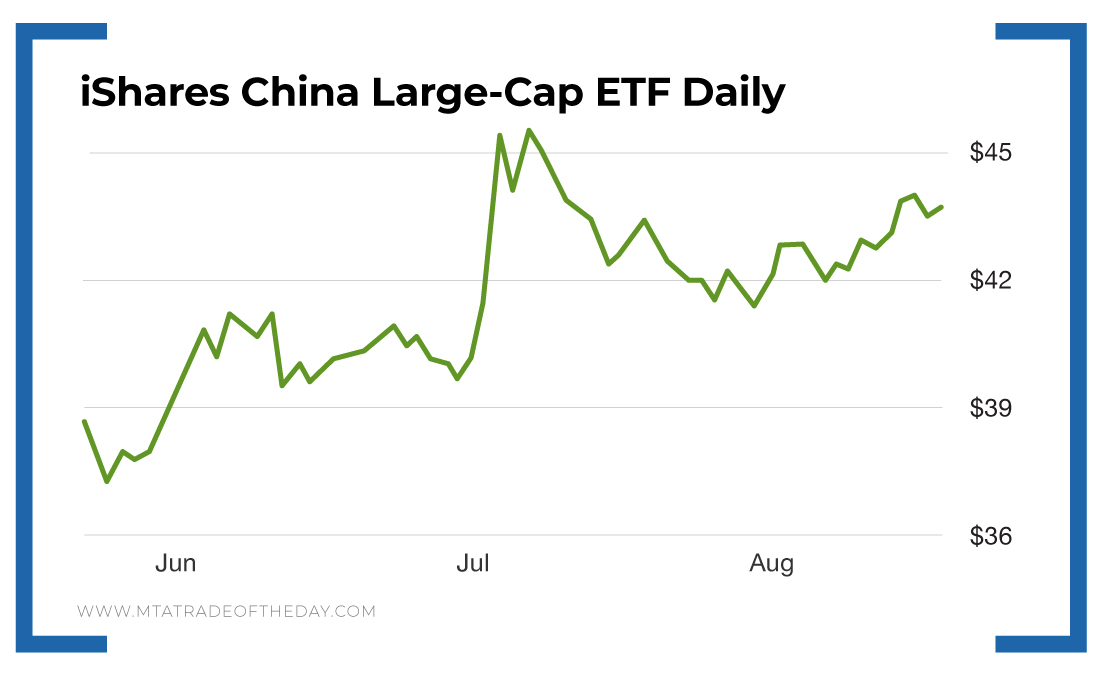 He is also trying to slam TikTok, the video app that Americans love, by forcing the sale of its U.S. operations to an American company like Microsoft or Oracle. And his cabinet members are looking to force the delisting of Chinese companies from U.S. exchanges, even warning colleges to divest from Chinese companies like Alibaba.

I don’t think it takes a rocket scientist to assume that the Donald and other Republicans will be bashing the hell out of China next week when they are on the big screen at the Republican National Convention. Expect night after night of China bashing.

And it’s not just the Republicans… The Democrats aren’t going to defend China either. They hold similar grievances against China’s ambitions.

In The War Room, members have taken a position that gives them a very low-cost entry to this play.

We placed a bet that Chinese stocks will be lower at some point between now and the inauguration – regardless of who is in The White House come the end of January.