Oracle Stock: Will It Be Dancing to the Tunes of TikTok? 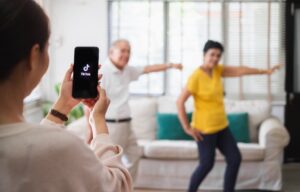 Oracle Stock and a TikTok Purchase

Oracle has reportedly been working with venture capital firms Sequoia and General Atlantic to purchase some regional assets of TikTok. The assets include regions like the United States, Canada, New Zealand and Australia. But how could this potentially affect Oracle’s stock?

Year to date (from January until now), Oracle stock has climbed just over 4%, and over the past year (from last August until now), it has climbed nearly 3%. But it’s unclear to some critics of this deal how a purchase of TikTok could help Oracle’s bottom line… or its stock price.

But analysts say the deal could make some sense because Oracle isn’t really looking for a social media tool.

What it’s really looking for here is data.

And TikTok has customer data in spades. This could ultimately help the Oracle stock a great deal and cause it to grow significantly.

Data-Based Marketing Is All the Rage

Data-driven marketing is an approach to marketing that involves optimizing communications through customer data. Of course, it requires you to actually have customer data. Which TikTok does.

After all, this is a social media platform that has reached 2 billion downloads globally this year. And its knows quite a bit about each of these customers, and its customers as a whole. If Oracle purchases TikTok, it will be able to leverage TikTok’s customer data in its enterprise marketing software solutions.

The Trump administration has demanded that the Chinese-owned ByteDance sell its TikTok product in the United States to a U.S.-based company within 90 days. If it doesn’t, the president has threatened to shut TikTok down entirely in the U.S.

Of course, ByteDance could choose to sell TikTok in specific regions or as a whole. It is unclear which path Oracle might pursue. But another bidder in the form of Microsoft might be more likely to buy the whole thing.

President Trump is friends with Oracle’s head Larry Ellison and has expressed enthusiasm for the deal. He has called Oracle “a great company” to buy TikTok. In other words, it’s very possible that Trump will have a hand in helping Oracle’s stock price.

Is Oracle a Good Stock to Buy?

ByteDance has long been a coveted IPO stock due to the widespread appeal of TikTok. And if Oracle is truly interested in buying TikTok for the data, it has the potential to help improve Oracle’s marketing products.

Does that make Oracle a good stock to buy? Maybe. Oracle’s growth over the last year has been small, and this opportunity gives the stock a chance to gain some more upward momentum.

Meanwhile, it remains to be seen whether Microsoft, Twitter or even some other major company will swoop in to scoop up TikTok from ByteDance. If this happens, Oracle stock may simply be out of luck.