Will there be Solid Power stock? The company is gaining attention as big automakers invest in its technology. Now investors are wondering if they can expect a Solid Power IPO (initial public offering).

But will Solid Power go public soon? Here’s what we know… 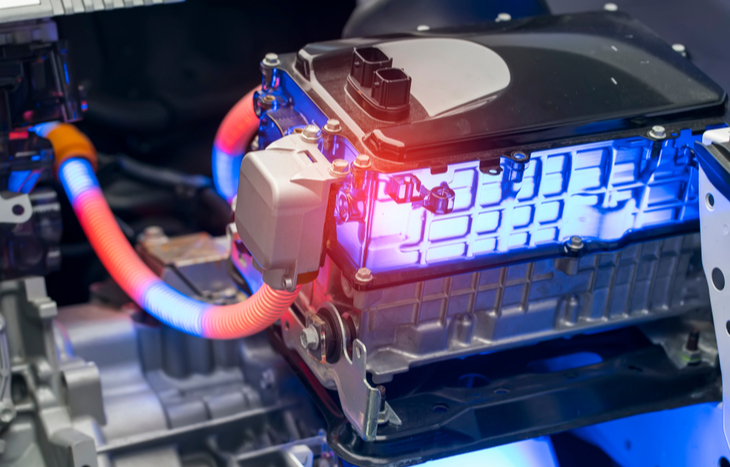 Founded in 2011, Solid Power produces solid-state rechargeable batteries for electric vehicles (EVs) and mobile power markets. Solid-state batteries don’t use traditional liquid electrolytes. Instead, they use a solid electrolyte for a safer and more stable battery.

Additionally, Solid Power claims its batteries can give 50% to 100% more energy density while enabling a cheaper battery pack design. But they’re still compatible with lithium-ion processes. All of this makes Solid Power’s batteries an ideal candidate for future EV production.

And the company has some major support…

One reason for Solid Power stock rumors is the company’s latest funding round. On May 3, 2021, Solid Power announced a $130 million Series B investment round. It was led by the BMW Group (OTC: BMWYY), Ford Motor Company (NYSE: F) and Volta Energy Technologies.

The investment round gives Solid Power the ability to produce full-scale batteries. The company will also be able to increase material output and expand in-house production capabilities.

Solid Power’s Series A funding round raised $20 million in 2018. That means the company has raised $150 million to date. But that’s not the only thing the latest series has provided.

In the Series B announcement, Solid Power also revealed that Ford and the BMW Group have expanded their joint development agreements with the company. The agreements secure the automaker’s batteries for future EVs. And having contracts with two household names warrants interest in the idea of Solid Power stock.

Here’s what the management had to say…

And Frank Weber, member of the Board of Management BMW AG, Development, added…

Being a leader in advanced battery technology is of the utmost importance for BMW. The development of all-solid-state batteries is one of the most promising and important steps towards more efficient, sustainable, and safer electric vehicles. We now have taken our next step on this path with Solid Power… Together we have developed a 20 Ah all-solid-state cell that is absolutely outstanding in this field. Over the past 10 years, BMW has continuously increased the battery cell competence – important partners like Solid Power share our vision of a zero-emission mobility.

So it looks like the company is moving in the right direction with solid investor support. But does that path include Solid Power stock?

The company hasn’t announced plans to go public. Rumors of Solid Power stock are purely speculation right now. But if a Solid Power IPO does come, investors may want to look into it. The company not only is in agreement with Ford and the BMW Group but also has support from Volta Energy Technologies.

Volta is a venture capital firm that identifies and invests in battery, energy storage and related technologies. The firm spun out of the U.S. Department of Energy’s Argonne National Laboratory in 2016. And CEO Dr. Jeff Chamberlain had this to say…

The fact that Solid Power is already producing multi-layer all-solid-state batteries using industry-standard automated commercial manufacturing equipment is why Volta is excited to ramp up its earlier investment. The company’s partnership with BMW and Ford will further accelerate the full commercialization of Solid Power’s batteries and position both car companies to be among the first to have EVs on the road powered by safer, affordable, high-energy solid-state batteries.

Are you looking for the latest investment opportunities? Sign up for the free Profit Trends e-letter! You’ll receive useful tips and research directly from our investing experts. And although it’s unlikely there’ll be Solid Power stock this year, keep an eye out for the latest updates so you can be ready.