Elon Musk is disrupting the market with innovative ideas. His company, Tesla, has long been thought of as the future of cars, leading the world to clean energy vehicles. But that’s not the only world-changing idea he’s created a company around. In 2002, Musk founded SpaceX. The company designs, manufactures and launches rockets and spacecraft. But the big question isn’t whether there will be a SpaceX IPO. It’s whether investors can expect a Starlink IPO. 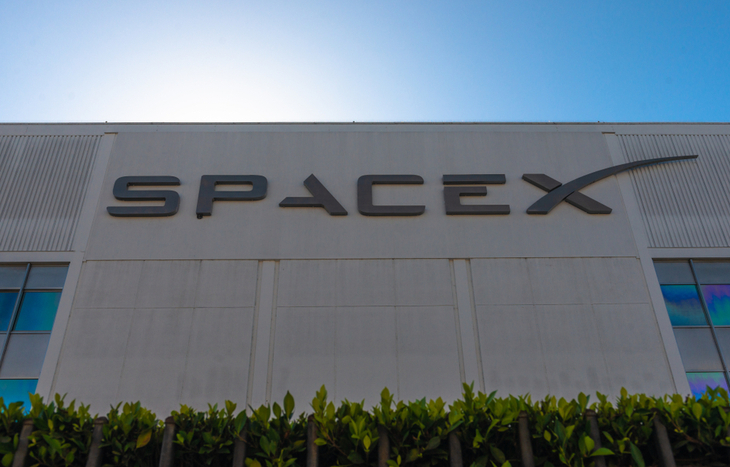 SpaceX IPO: What is Starlink?

Starlink is a project constructed by SpaceX. It’s a satellite constellation that will provide internet access. The goal is to “deploy the world’s most advanced broadband internet system,” according to its website.

Starlink satellites are in low Earth orbit (LEO), positioned at 550 km. That’s half the altitude of the average satellite. Unbounded by limitations set on ground structures, Starlink will bring high-speed internet across the globe.

Not only does the company want to provide global internet access, it wants to keep space clean. At the end of a satellite’s useful life, it will automatically deorbit over the course of a few months. And in the event the system malfunctions, it will burn up in Earth’s atmosphere. While a satellite at a higher altitude would take hundreds of years to burn, Starlink’s low-orbit satellites will take between only one and five years.

Starlink has already launched more than 240 satellites. Musk says once SpaceX has 800 satellites in orbit, Starlink can deliver moderate internet. The company plans to deploy over 40,000 satellites. However, it’ll take a few years to reach that number.

SpaceX deploys 60 satellites each launch. At the rate rockets are launching, Starlink aims to provide service to Northern U.S. and Canada in summer 2020. By the end of the year, the Starlink constellation should total 1,500 satellites. SpaceX plans to expand Starlink to global coverage in 2021.

Starlink’s president and chief operating officer (COO) Gwynne Shotwell spoke at a private investor event held by JPMorgan Chase & Co. According to a Bloomberg report, here’s what she had to say:

“Right now, we are a private company, but Starlink is the right kind of business that we can go ahead and take public… That particular piece is an element of the business that we are likely to spin out and go public.”

Furthermore, while there is no definite idea on what the price of Starlink’s service will be, Shotwell claimed it will be “less than what you are paying now for about five to 10 times the speed you are getting.” It almost sounds too good to be true.

Last year Starlink gained the government’s interest. In October, Shotwell talked about the company working with the U.S. Army. And the Air Force Strategic Development Planning and Experimentation office gave a $28 million contract to SpaceX to see if and how it could use Starlink.

The announcement of a likely Starlink IPO came after Tesla’s stock hit a record high. CEO Elon Musk claimed in May that Starlink could bring in $30 billion a year in revenue. If that prediction proves true, taking the company public could raise a significant amount of money from investors.

How a Starlink IPO Can Lead to a SpaceX IPO

Starlink is just a part of the SpaceX business. And a SpaceX IPO is what investors really want to get their hands on. That’s why investing in Starlink’s IPO could be beneficial.

SpaceX has made history several times since its founding.

In 2010, the company returned a spacecraft from LEO. It’s the only private company capable of this.

In 2012, the Dragon spacecraft delivered cargo to the International Space Station (ISS). It’s the first commercial spacecraft to do so.

In 2017, the company launched the world’s first re-flight of an orbital class rocket. After its delivery, the rocket returned to Earth for the second time.

In 2018, the company started launching its newest rocket Falcon Heavy. Falcon Heavy is the world’s most powerful operational rocket.

And to show how SpaceX is continuously hitting remarkable milestones, the company recently hired William “Bill” Gerstenmaier, former leader of NASA’s human spaceflight program. This is important because SpaceX plans to launch NASA astronauts to the ISS. This will be SpaceX’s first crewed mission. With this milestone, the U.S. would no longer need to rely on Russia to fly NASA astronauts.

This progress has helped SpaceX reach a value of $33.4 billion. Once Starlink is up and running, that number should only increase.

Investors have been waiting since 2002 for the company to go public and get a piece of the action. Musk has been firm about SpaceX not going public until the company is successfully ferrying people to Mars. However, he also said that money from Starlink would help fund the Mars mission.

To sum it up, Starlink might be the best and only opportunity to invest in SpaceX soon. We’ll keep you updated…

To find the latest investment opportunities, sign up for our daily e-letter below. It’s free and full of investment tips and trends you don’t want to miss out on.

Starlink still has a ways to go before it’s where investors and Elon Musk want it to be. But an announcement of a Starlink IPO may be just the beginning of what could be a great investment opportunity.