What is a Stock Buyback?

Every public company has a duty to provide value to shareholders. This value can come in many forms, including through share price appreciation or the issuance of a dividend. However, sometimes the best way to return value to shareholders is through a stock buyback program. Increasingly, as companies find themselves with a surplus of funds, they’re eyeing up their own stock as a lucrative investment and, in the process, creating value for shareholders.

A stock buyback is exactly what it sounds like. Companies will announce buybacks and repurchase shares of their organization on the open market, at the current market price. It’s a move that has two outcomes for shareholders. If they sell, they do so at a premium and can cash out their gains. If they hold, they benefit from price appreciation and a reduced float.

As more and more companies use share repurchase programs to drive up the value of their stock, it’s worth looking at how these buybacks work. Here’s an overview of stock buybacks and what goes into the decision and process of repurchasing shares. 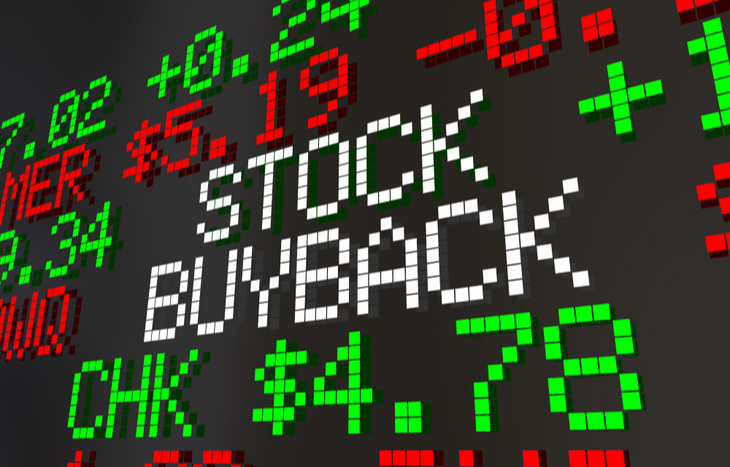 Before a company can get involved with share repurchases, it needs to seek approval from the board of directors. The board will discuss and ultimately pass a motion to repurchase a set number of shares or spend a certain amount of money on the repurchase of shares. This is a “repurchase authorization.” Once approved, the company will announce its intention to buy back shares. This almost invariably has a positive impact on share price, sending it skyrocketing.

In some cases, the company may instead tender a “fixed-price offer” to repurchase shares. This process also requires board approval. Instead of purchasing shares at market price, the company instead allows current shareholders to sell their stock back to the company at a fixed price. This action typically results in less of a price pop, since the offer tendered represents the highest sale price.

Why do Stock Prices Rise After a Share Buyback?

After executing a buyback, the share price of a company rises. This happens for several reasons:

First, there are now fewer float shares available. Because the market cap of the company doesn’t change, fewer shares result in a higher per-share value. For example, if a company worth $100 million had 100,000,000 shares, each share would be worth $1. If that company authorized a buyback of 50,000,000 shares (half), its value would remain at $100 million, but its price per share would rise to $2.

Finally, fewer shares also results in higher earnings per share as the company looks ahead. Say, for example, a company with 10,000,000 outstanding shares has expected income of $10 million. That equates to earnings-per-share (EPS) of $1. However, if the company buys back 5,000,000 shares, its EPS doubles to $2. Again, the earning power of the company doesn’t change and its return to shareholders spreads over fewer outstanding shares.

Are Stock Buybacks Good for Shareholders?

A stock buyback is often a controversial decision that has strong pros and cons, depending on your position as an investor. Typically, short-term investors tend to favor buybacks because they result in rapid price appreciation. Long-term investors typically don’t favor buybacks unless circumstances are ideal.

The Positives of Stock Buybacks

The Negatives of Stock Buybacks

Essentially, it comes down to the circumstances driving the buyback. For example, Oracle (NYSE: ORCL) found praise for its stock buyback in 2021 because it used the buyback to reduce dilution and raise its dividend 33%. Meanwhile, Meta Platforms (NASDAQ: FB) received criticism for its buybacks in 2021, largely because it didn’t disclose the amount spent and authorized the buyback on the heels of falling earnings.

Remember, companies have an obligation to return value to shareholders. A stock repurchase program needs to reflect that. If it reduces share float and results in a healthier position for the company to increase EPS, it’s likely a good decision. If investors can’t directly see how it returns value, the buyback may not go over well.

Stock Buybacks are an Opportunity

Ultimately, a stock buyback authorization is an opportunity for investors. If you’re a shareholder who believes the buyback will promote continued health and stability, hold your shares. If it seems like a lazy way to boost share prices, a buyback could be the perfect excuse to take profits. For those who aren’t shareholders, carefully consider the company’s position and how a buyback will affect its shares long-term.

Plenty of large companies explore share repurchasing as they grow and scale. While they don’t typically happen often, buybacks are an opportunity to look closer at a company and its motives, as well as its ability to reward shareholders.