Today I want to build off of a previous article of mine, and elaborate on specific technical analysis patterns. The best technical analysis patterns will not only be relatively easy to spot, but also accurate. For that reason, this list will not just be a recitation of the most common patterns that traders use. The focus will be on the quality of pattern. Not just the frequency that it appears or others use it. 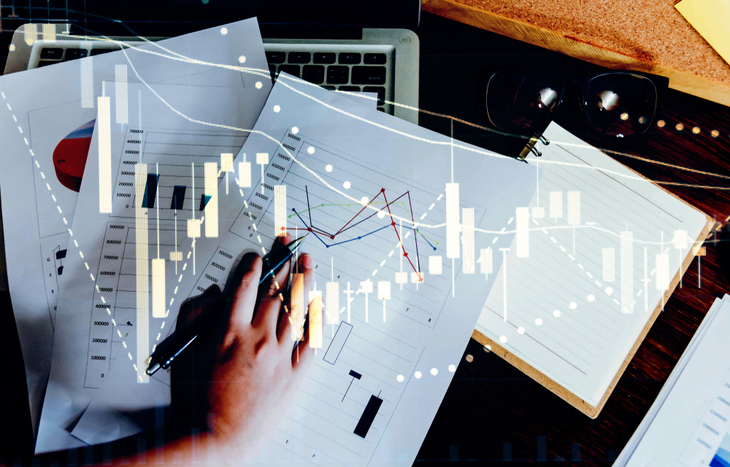 When looking at stock charts and patterns, it may be tempting to jump the gun. Doing so can create quite a bit of unnecessary risk for you. For instance, if you think that you’re looking at 80% of a pattern, and assume the rest will fill in. This can be quite risky, as the price action can reverse at any moment. As you’ll notice reading the article, many of these patterns bear similarities to each other. However, if you jump the gun, what you anticipated to be a bearish correction may turn into a bullish reversal. Therefore, ensure that you actually see the pattern complete before entering into a position.

The first entry on our list of best technical analysis patterns is the bullish and bearish rectangle(s). Now, these two patterns can be quite difficult to distinguish. The characteristics are near identical. Both patterns are characterized by two or more reasonably equal tops and bottoms, with parallel support and resistance trendlines. The difference is that a bullish rectangle starts after a bullish (upward) move. Whereas a bearish (downward) move starts the bearish rectangle.

The double bottom is a few percentage points more accurate than the double top, though both are quite accurate. The double bottom rates at roughly 78.5% accuracy, whereas the double top rates at around 75%. To ensure the highest level of accuracy, the gap between the two peaks and troughs should be pronounced. In other words, the wider the distance, the higher the accuracy of the patterns. There is also a variation of the double top and bottom, the triple top and bottom. This variation is marginally more accurate.

Notice the similarity between this technical analysis pattern and the bullish and bearish rectangles. Imagine you enter into a position at what you think is the beginning of a reversal with a double top. However, the trend bounces back up. “Fine,” you might think. “It’s just a triple top.” What if it isn’t? Instead of reversing when it hits a similar level as the prior two peaks, what if it continues upward? Now you’ve found yourself in a bullish rectangle, when you thought you were in a double top. The same principle applies with bearish rectangles and double bottoms.

The consensus number one stock pattern, this chart rates at between 83 and 90% accuracy. The bullish variation, the Inverted Head and Shoulders, rates as even more accurate, though only marginally. Simply defined, the head and shoulders technical analysis pattern is characterized by the appearance of three peaks on the chart. The middle peak is the tallest, and the peaks on either side are roughly the same height. You should be able to draw a “neckline” from the base of each peak, at a reasonably horizontal level. After completing the right shoulder, the stock price should drop, beginning a downtrend.

The Inverted Head and Shoulders has many of the same characteristics of its bearish variation. Here, instead of looking for three peaks, you are looking for three troughs and valleys. The middle should be the lowest of the three, and the trough on either side should be roughly level. As with the head and shoulders pattern, a relatively horizontal neckline should also be visible. Here though, after completing the right shoulder, the stock should break out, beginning a bullish reversal.

There is some dissension on how close in height the two shoulders need to be for the technical analysis pattern to be as accurate as possible. In general, the common school of thought is to aim for shoulders as level as possible. They don’t have to be precisely equal, but within a short distance of each other.

The aforementioned technical analysis patterns each bears resemblance to the other. Therein lies the risk in attempting to identify each pattern individually. It is prudent advice to complement the patterns with other technical indicators, so you’re not just relying on the patterns. In addition, ensuring that the pattern has fully completed should be your baseline before entering a position. With accuracy ratings between 75 and 90%, these patterns definitely have the potential to improve your trading.