Three Companies I Like: Costco, Walmart and Walgreens (Here’s the One to Play Now)

Let’s get started on today’s Trade of the Day…

Two stocks that members have played before in The War Room – and that I continue to like – are Costco and Walmart.

Right now, the Costco options premiums are insane – which could open the door for you to trade Walmart.

You see, right now, after years of preparation, Walmart’s online grocery business is having its so-called “big moment.”

Here in the new “virus economy,” online grocery shopping has surged – and Walmart stands to capitalize.

Its curbside pickup, which requires less human contact, could make it the primary e-grocer in America.

Look at these stats…

Walmart has 3,200 locations that allow you to pick up groceries curbside, and 1,600 of those locations deliver straight to your door.

Plus, 90% of Americans live within 10 miles of a Walmart – and 56% of Walmart’s sales are now from groceries.

When it comes to a winner, it sure looks like Walmart is ready to be the new Amazon of this virus economy.

As soon as America finally decides to take this virus seriously, which I think is now starting to happen, you could see a run of people going to Walgreens (Nasdaq: WBA) to stock up on healthcare supplies – similar to what we saw people doing with toilet paper last week.

If and when that happens, Walgreens should receive a bump – and some safe-haven buying interest.

The key word here is “should.” 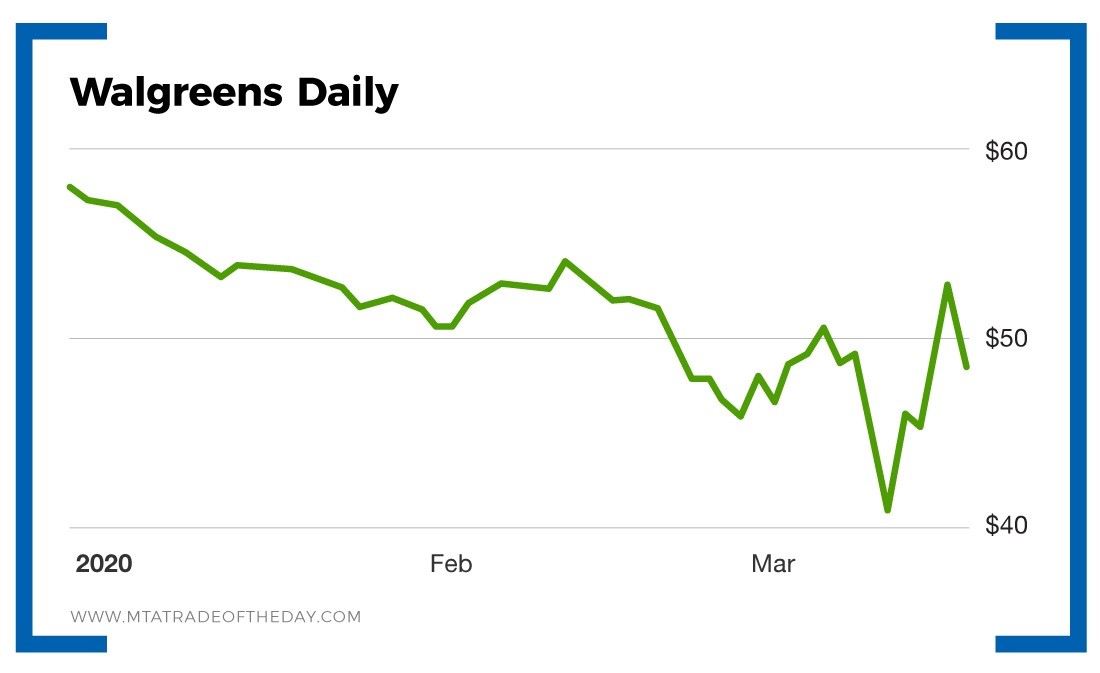 Action Plan: Given how Costco and Walmart have popped recently, I like the idea of using this pullback on Walgreens to establish an upside position going into April.

If Walgreens follows suit, this could be another safe-haven winner in the midst of this market madness.

Investment Opportunities HP Stock: Is Now the Time to Buy?