Last week, I wrote about things to consider if you’re thinking about moving.

With urban violence, coastal storms and dryland wildfires, more and more people are saying, “I’ve had it.”

I had no idea that at the same time, The New York Times would run a thoughtful and significant piece about the coming mass migrations due to climate change.

Experts quoted in the piece cited rising sea levels and increased wildfires as the reasons for migrations into safer territory.

That got me thinking…

Moving is such a costly and time-consuming ordeal. What if we invested instead in creating livable alternatives in these high-risk areas?

As a student and proponent of the unorthodox all my life, I can think of many options you’ll never see discussed in polite conversations. As people run screaming, “The sky is falling,” I would suggest that some real options exist.

First… underground or earth-sheltered homes. Ever since they came on the scene during the energy crisis of the 1970s, these homes check off a lot of boxes. They take advantage of constant earth temperatures to provide coolness in the summer and warmth in winter.

We have a sunken kitchen/dining room in our home. Although it’s underground by only 3 feet, it stays above freezing even if it’s zero degrees outside. It requires very little heat, and in the summer it’s always cool (a big plus during canning season).

I’ve been in many earth-sheltered or underground homes because I tend to befriend unorthodox people. I’ve always found these structures incredibly quiet, sunlit and functional. Many incorporate southern windows and/or skylights for plenty of natural light.

And in times of weather extremes and wildfires, few structures could be more impregnable.

Think of it like a glorified foxhole. Things can rage outside, but inside everything is secure and protected. As long as you don’t locate it in a flood plain, it’ll handle whatever wind or fire comes along.

A second protective option is a moat. If your home is your castle, surrounding it with a moat is a great idea.

Anyone familiar with my craziness knows my love affair with domestic water storage. Ponds and cisterns that hold roof runoff can be used for irrigation, recreation or just riparian habitat.

Normally, we think of a round or square vessel for water retention… but why couldn’t it be shaped like a donut?

It’s just a different type of excavation, but certainly a moat can offer lots of protection. And if it rains enough to cause flooding, the moat will help catch all that runoff, reducing flooding down terrain and offering relief when the dry times return.

Water problems are not generally created by insufficiency, but by runoff during rain events.

In business, we know that the No. 1 reason for failure is not product or service quality… It’s cash flow. If all your income arrives in a month, you’d better be a disciplined spender in order to shepherd it through the rest of the year.

That’s the way it is in a Mediterranean climate: six months of wet and six months of dry. Storage from the wet months takes the edge off the dry ones.

If a fire does come, it’ll think twice about jumping the moat… and you’ll have water on site to keep things wet.

For the most creative, the combination of earth sheltering and a moat would offer near impregnability.

In fire-prone areas, of course, thinning out the trees and maintaining limited carbon stocks on the ground either through gardening or pasturing is another important protection.

While fleeing all these predicted goblins may sound sensible, hunkering down with some good defensive measures has merit as well.

And it might be more doable in the long run.

What keeps us from doing some of these simple and reasonable things?

The biggest impediments are regulations and insurance. We could call it both public and private compliance.

Private insurers don’t like anything weird. Witness the difficulty of getting insurance for revolutionary straw-bale houses. They’re almost unburnable, yet insurance companies balk at underwriting them. Why? They’re unusual.

Perhaps no industry balks at innovation like the insurance industry. Building inspectors are a close second.

“You want to do what?” they ask, incredulously.

That we are still building simple stick houses in weather-anomaly places makes no sense.

Excavating a notch and then pushing the earth back up around a structure is price competitive… But it’s different, and it doesn’t show off architectural or monetary possibilities.

Who wants a house nobody can see?

You never see earth-sheltered houses destroyed by fire or wind. If the prognosticators are right that climate change will make more frequent and violent storms, especially along the coasts, why does any thinking person build back the same thing that was destroyed?

Didn’t Einstein say something about insanity being the act of doing the same thing and hoping for a different result?

We’ve gotten to the point where everything that offers a real and honest solution is considered whacko and crazy. 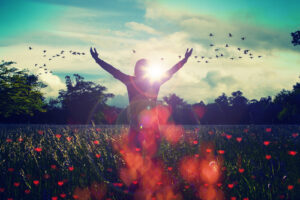 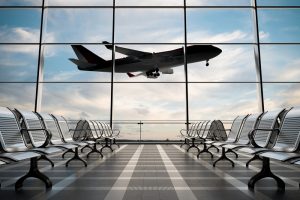 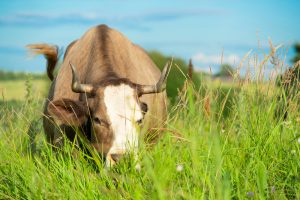 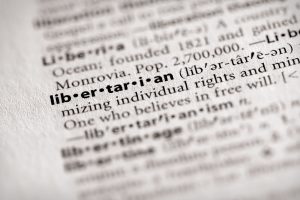