How to Profit From the Fintech Revolution

But so-called “fintech” companies are slowly chipping away at these traditional businesses. Soon even your local bank branch and ATM may be relics of the past.

“Fintech” is short for the “financial technology” sector. It consists mostly of startups that have developed digital technologies to provide cheaper and faster financial services to tech-savvy consumers.

Fintech is still a small part of the overall global banking and financial sector. But it is snowballing. E-commerce and digital payments exploded during the worldwide pandemic.

And judging by the inroads fintech companies have made across the globe, fintech has plenty more growth ahead.

That’s why fintech is one of my favorite big-picture investment themes.

Americans think of themselves as being on the cutting edge of technology and innovation.

But U.S. tech companies are far less dominant in the fintech sector.

In Latin America, Nubank and MercadoLibre (Nasdaq: MELI) are shaking up the stodgy banking sector.

Most Africans don’t have bank accounts. They use mobile phone payment systems instead.

But no region of the world has embraced fintech like Asia. A group of “super apps” offering a remarkable range of services puts them far ahead of any rivals in the U.S.

The Biggest Fintech You Never Heard Of

The big kahuna in Asia is, of course, China.

This week, China’s biggest fintech business, Ant Group, was expected to list 10% of its shares on the Hong Kong and Shanghai stock exchanges.

Ant had always billed itself as a technology company instead of a financial firm. As such, it avoided the onerous financial regulation its rivals had to undergo. Alas, Chinese regulators cracked down and stepped in to delay the initial public offering (IPO).

Ant had hoped to raise $34.4 billion in cash, making it the biggest IPO ever in terms of money raised. The offering valued the 6-year-old firm at a whopping $300 billion, putting it on par with Mastercard.

Ant’s story is remarkable even by fintech standards.

Ant was founded in 2004 as a PayPal-style payments service for the e-commerce giant Alibaba (NYSE: BABA). But it didn’t take long for Ant to revolutionize China’s financial system.

Today, Ant has more than a billion active users in mainland China. It handled more than $17 trillion in digital payments in the 12 months ending in June. That’s about 25 times more than PayPal, the biggest online payments firm outside China.

The secret to Ant’s phenomenal growth?

Payments are merely a gateway service. Ant has also become one of China’s biggest lenders. It built credit-risk models with more than 3,000 variables, allowing it to make lending decisions within three minutes.

As The Economist described it…

Think of [Ant] as a combination of Apple Pay for offline pay, PayPal for online pay, Venmo for transfers, Mastercard for credit cards, JPMorgan Chase for consumer financing and iShares for investing, with an insurance brokerage thrown in for good measure, all in one mobile app.

In short, this fintech startup has built the most integrated fintech platform in the world.

How to Invest in Fintech

So how can you best profit from the fintech revolution?

Well, you can’t directly invest in Ant (yet).

But NYSE-listed Alibaba owns a 33% stake in Ant.

You could also invest in an exchange-traded fund (ETF).

The star among the fintech ETFs this year is the ARK Fintech Innovation ETF (NYSE: ARKF).

As an actively managed ETF, ARK is not constrained by an index. That allows the ETF to make big, concentrated bets.

ARK is also different from its competitors in that it invests only about two-thirds of its portfolio in U.S. stocks. The remaining one-third is spread throughout the world. 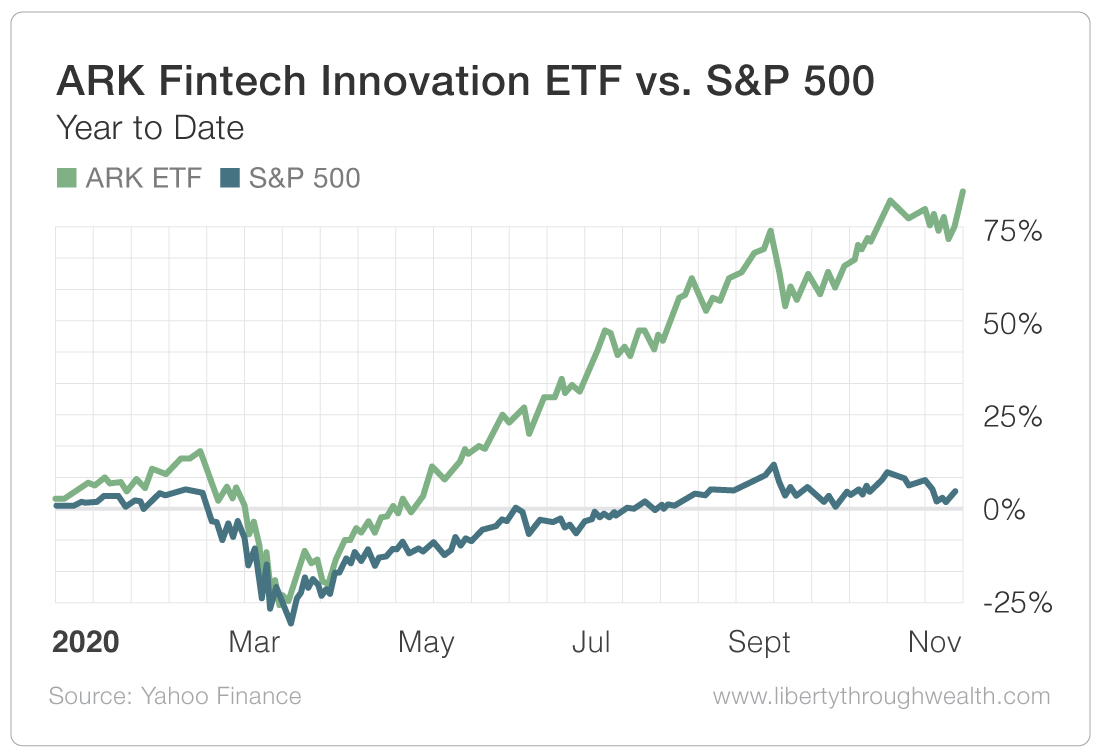 And if you’re going to take a big swing, fintech is the sector to do it in. 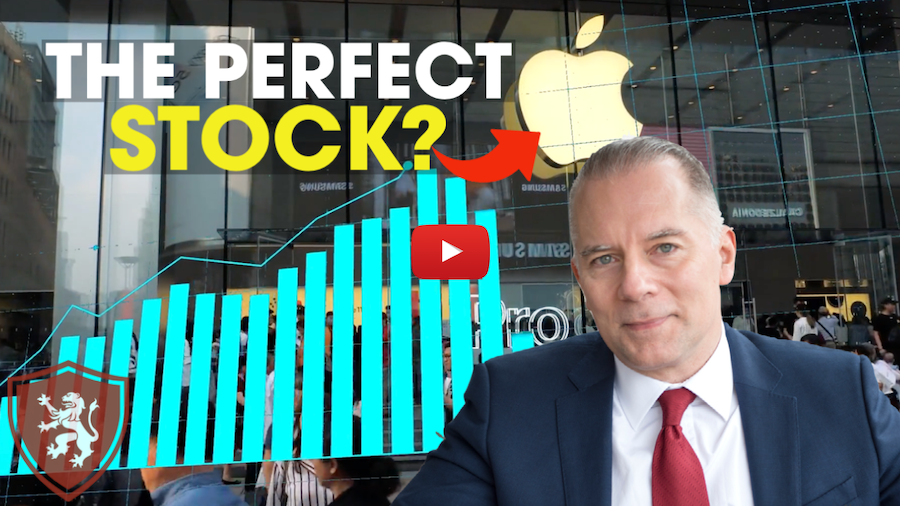 Stocks That Are Going Up This Week

Amp Crypto Has a Bright Future Ahead Thanks to Increased Adoption