A Unity Technologies IPO is filed with the SEC. After numerous rumors, investors are excited to get their hands on one of the top gaming platforms. And it looks like Unity picked a great time to go public.

But is Unity stock a good investment? Here’s what we know… 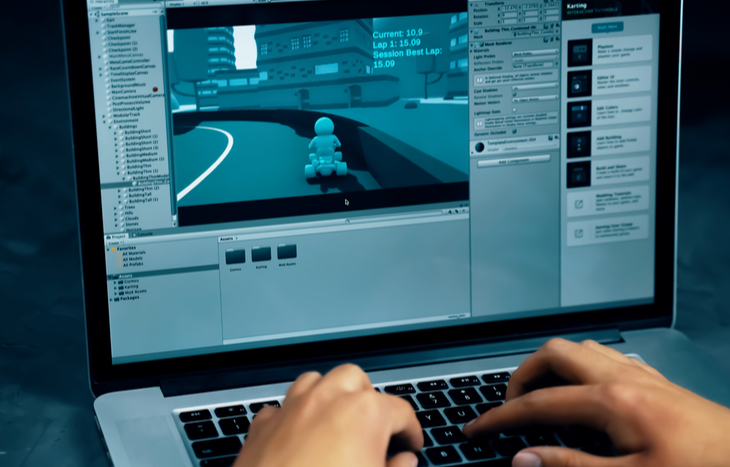 According to Unity’s prospectus, the company has 1.5 million monthly users in more than 190 countries and territories. The created content was downloaded more than 3 billion times a month in 2019. Unity also says 53% of the top 1,000 mobile games on the Apple App Store and Google Play were created with its platform.

Investors have been waiting for Unity stock since the company was rumored to be going public. But the company picked a strategic time for the Unity Technologies IPO.

Why Unity Is Going Public Now: Epic vs. Apple

Epic Games is Unity’s top competitor. And the company is the maker of the game Fortnite and the Unreal Engine platform. It also happens to be in a big legal battle with tech giant Apple (Nasdaq: APPL). Apple kicked Fortnite out of the App Store, claiming its new direct payment system violated Apple’s guidelines. Epic responded with a lawsuit accusing Apple of anti-competitive practices for app distribution and related payments.

As a result of the lawsuit, the newest version of Fortnite will not be available on Apple platforms. Unity addressed the issue as one of its risk factors for investors:

Analysts believe now could be the perfect time for a Unity IPO in order to surpass its biggest competitor. And since there is no Epic Games stock, offering Unity stock gives investors the chance to invest in one of the biggest gaming technology platforms.

But what would you be investing in?

In the company’s prospectus, Unity claims it addresses a total market opportunity of $29 billion. Unity identifies two categories: gaming and industries beyond gaming.

In the gaming industry, Unity estimates the market opportunity was $12 billion in 2019. It claims that by 2025, it’ll be worth more than $16 billion. This is according to a 2020 study Unity did with Altman Vilandrie & Company. Unity also believes that there is opportunity in the gaming industry beyond what the company can currently meet. It says it’s working to expand the applicability of its platform, including AI-assisted workflows and higher performance capabilities.

In industries other than gaming, Unity estimates a market opportunity of $17 billion. This number is based on the number of software developers, architects and designers Unity believes it could serve. The company notes that, according to data from Cambashi in April 2019, there are 37 million engineers and technicians the company thinks could be future users of its platform. It also notes virtual and augmented reality as future opportunities.

With Epic Games knocked off the Apple platform, Unity has the opportunity to take a larger part of the market than its competitor. And Unity firmly believes it will be worth more than $29 billion. By investing in Unity stock, investors would be able to get into one of the biggest and fastest-growing markets as technology continues to advance.

But if you’re interested in the Unity Technologies IPO, you likely want to know about the finances.

Unity’s Finances Revealed to the Public

However, Unity’s data for the six months ending on June 30, 2020, is more positive. While operating expenses did increase, the company’s loss from operation decreased. This also led to a decrease in net loss for those six months in 2020 compared with 2019. Net loss was $67 million in 2019 but $54 million in 2020.

If Unity can stay its course, the company could end up turning a profit. And although that’s what investors in potential Unity stock are hoping for, the company states the possibility that it will never be profitable as one of its top risk factors.

Now that Unity filed for a Unity IPO, let’s look at the available details.

Unity filed on August 24, 2020. However, there aren’t many details to share. Unity hasn’t decided how many shares will be offered, or the price range. That information will come after the company completes its roadshows. But Unity filed to trade on the NYSE under the ticker symbol U.

There couldn’t be a better time for the Unity Technologies IPO. With its biggest competitor off a major platform, growing opportunity and a strong market recovery, the launch of Unity stock could be very successful.