Investors will have to continue their wait for the VinFast IPO. The company has delayed its public debut until the fourth quarter of 2022. Here’s what we know… 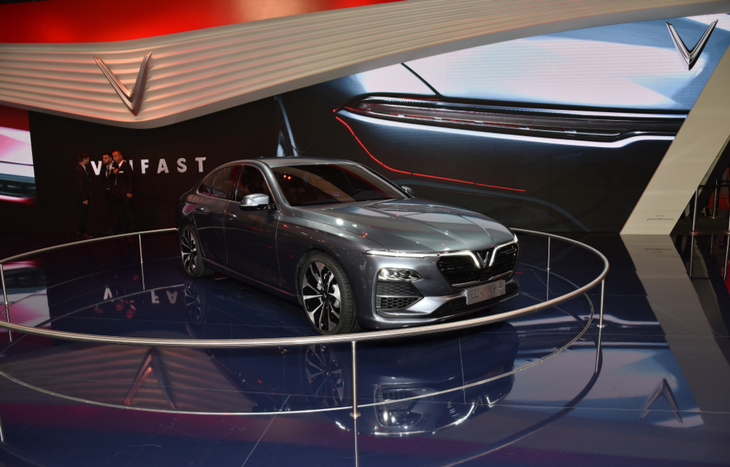 VinFast IPO: About the Company

VinFast is an EV automotive company based in Vietnam. The company is the automaking arm of Vietnamese conglomerate Vingroup. It provides an ecosystem of EV products and currently offers two models of sport utility vehicles (SUVs) in the United States…

The VF 8 and VF 9 feature 15-inch Tesla-style touchscreens in the center of the dash. In addition, they feature advanced driver-assistance systems and a wide selection of smart features. The SUVs are available for presale in the United States and interested buyers can place a reservation for $200.

However, VinFast offers something no other EV company has done before. The company will not include an electric battery pack as part of its standard equipment. Instead, it will lease them to car buyers for a monthly fee.

The company’s battery pack leasing reportedly allows VinFast to sell its EVs for a lower price than the competition. However, the battery pack rentals are pretty steep at $100 to $150 per month. Most of the allure of EVs is the savings on fuel associated with going electric. And it’s hard to predict how many consumers will be willing to pay $100 to $150 per month for electric capabilities.

The company is estimating deliveries will begin late this year. Furthermore, VinFast will start manufacturing some of its cars in North America as soon as 2024.

VinFast Will Build an EV Manufacturing Plant in North Carolina

VinFast set up headquarters in Los Angeles last year and announced its intention to sell cars in the United States. And it looks like this could happen sooner than expected.

Currently, the company builds its electric SUVs in Vietnam and imports them into North America. However, this will change by 2024. In March, the company revealed plans to build its first factory in North Carolina.

The plant will sit on an approximately 2,150-acre plot of land at the Triangle Innovation Point “megasite” in Chatham County, North Carolina. In the first phase of construction, VinFast said it will invest at least $2 billion, aiming for 150,000 units per year as its initial capacity. The project will begin construction this year. In a statement, Le Thi Thu Thuy, Vingroup Vice-Chair and VinFast Global CEO said…

VinFast plans to begin U.S. production of its electric SUVs in July 2024. Furthermore, the company will manufacture batteries and electric buses, creating thousands of jobs. Sources are predicting that the manufacturing plant could create between 7,500 and 13,000 jobs.

The company’s expansion into the United States presents a unique opportunity for people who want to get their hands on VinFast stock. Furthermore, the company is reportedly seeking funding ahead of its IPO.

VinFast Seeking Up to $1 Billion Ahead of IPO

According to close sources, Vingroup was in talks in November to raise funds in advance of the public debut. Reuters reported that Vingroup is seeking up to $1 billion from global investors for its VinFast IPO.

The manufacturer and its financial advisors have also reportedly approached potential investors to gauge interest. Vingroup is also talking with global private equity firms. The company is reportedly talking with Qatar Investment Authority (QIA). QIA is a $300 billion wealth fund with diversified investments across major markets.

Sources say Vingroup may issue convertible notes to raise cash. The sources asked to remain anonymous since negotiations for funding are ongoing. If the funding is successful, it could become Vietnam’s largest-ever private fundraising round.

Furthermore, the company is betting big on the U.S. market and investor interest in the EV space. It’s hoping that its EVs and battery leasing model will help sway customers away from industry leaders Tesla (Nasdaq: TSLA) and General Motors (NYSE: GM). With that said, here are the filing details for the U.S. Vinfast IPO…

In December, Vingroup said it planned to list its car unit on the U.S. stock market in the second half of 2022. The company reportedly expects the VinFast IPO to land a post-valuation of $60 billion and raise at least $3 billion.

To fuel the IPO process, Vingroup established a Singapore-based holding company that owns a stake in VinFast’s Vietnam operations. In a statement, the company said…

Due to market uncertainty and volatility, VinFast stock is now slated to come in the fourth quarter of 2022. There have also been rumors of it being delayed to 2023. But Vingroup Chairman Pham Nhat Vuong said…

We are eyeing a Q4 IPO, but there are lots of ongoing market uncertainties now… if necessary we may delay it to next year.

As of now, plans for the VinFast IPO are still in their infancy. The company has not made any official announcements about the details for its public debut. However, stay tuned for the latest updates on VinFast stock. You can learn more about the IPO process in this step-by-step guide to going public.

As always, make sure to do your research before you invest. IPOs can be volatile for the first few months and share prices are constantly changing.

Furthermore, if IPO investing interests you, check out our top recent IPOs and our IPO calendar. We update it frequently to give you the latest news on upcoming and filed IPOs.