But is it really? Here’s what we know… 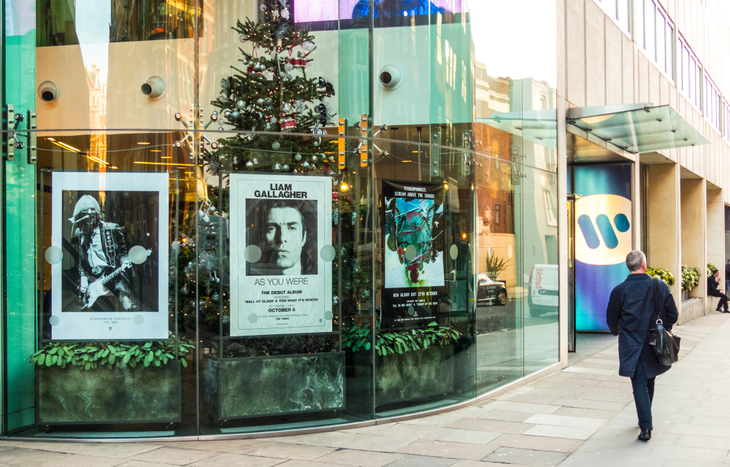 Warner Music Group is an American entertainment and record label. The company is one of the “big three” recording companies, behind Universal Music Group and Sony Music Entertainment. It has labels such as Atlantic, Elektra, Reprise and Parlophone. Its talent includes Ed Sheeran, Bruno Mars, Camila Cabello and many others.

In 2004, Time Warner sold Warner Music Group to Edgar Bronfman Jr. and his fellow investors for $2.6 billion. A year later, Bronfman took the company public. It traded on the New York Stock Exchange until 2011.

Warner Music struggled in the industry’s switch to digital, as computers and iPods became capable of downloading and storing music. The company’s hardships created an opportunity for billionaire Len Blavatnik’s Access Industries to buy it for $3.3 billion in 2011. It remained a private company until this year.

Then the company decided to bring Warner Music Group stock back to the market.

On February 6, 2020, the company filed a Form S-1 with the Securities and Exchange Commission. It revealed the planned Warner Music Group IPO. Investors think rival label Universal Music Group (UMG) inspired this move. UMG had a value of $23.5 billion in 2017. At the end of 2019, it sold 10% of the company to China-based Tencent. Its value increased to $33 billion.

But just as UMG has grown, so has Warner Music. In the first quarter, ending December 31, the company reported sales of $1.26 billion and a net income of $122 million. That’s a 42% increase in net income year over year.

Warner Music has consistently increased yearly revenue. Warner Music was the first major music company to report its largest source of revenue from streaming services back in 2016. In 2017, the company pulled in $3.58 billion. Then sales increased to $4.01 billion in 2018 and $4.48 billion last year.

The U.S. recorded music industry continued to grow in the first half of 2019, according to a September report from the Recording Industry Association of America… Industry-wide revenues grew 18% to $5.4 billion in the first six months of the year. Streaming generated 80% of sales.

Warner Music has proven to be profitable. But despite the successful Warner Music Group IPO, investors are concerned that may not continue down the road…

All companies incur costs. That’s how they make a profit. In the music industry, one huge cost is artists and repertoire (A&R). Warner Music breaks this down as…

A&R costs grew to a total of $453 million, but the company’s recorded music revenue grew to $1.01 billion. If Warner Music is able to keep up that kind of revenue growth, rising A&R costs shouldn’t worry investors.

However, the issue may come up a few years down the road. A Rolling Stone report claimed…

Warner is now opening itself up to the stock market on the cusp of an era when a global streaming growth slowdown seems inevitable, and is only getting more pronounced.

In the company’s S-1 filing, it claimed that paid streaming services can still increase in both the U.S. and Western Europe. It also identified China as a potential growth area. In 2018, the country had 33 million paid subscribers. That’s about 2% of China’s total population. Warner Music also believes that new technologies, such as smart speakers, will increase demand globally.

But what the company didn’t account for when planning the Warner Music Group IPO was the coronavirus.

In the last week of February 2020, the S&P 500 experienced the fastest correction in recorded history. It dropped 12% in two days. And nearly three months later, the market is still recovering.

In addition to effects on the market, the company itself was affected. Warner Music Group informed investors that the virus hurt physical revenue as well as delayed releases of new music, movies and television programs.

The company planned to launch Warner Music Group stock on March 2. But the decision to wait out the market volatility might have paid off.

The Warner Music Group IPO was successful. Its opening price the next day was almost $32. And it continues to trend upward.