A Robinhood initial public offering (IPO) has been in the rumor mill for more than a year.

The first indication that Robinhood would go public came when it brought on longtime Amazon executive Jason Warnick to be its CFO. That was a year ago, and today Robinhood remains a private company.

However, Robinhood has not been opaque about its plans for an initial public offering. One of the company’s co-CEOs, Baiju Bhatt, said last year that an IPO is “something we think is very much in the future. Being a public company closely aligns with our mission.”

So, what exactly is Robinhood’s mission?

When Warnick was introduced as the company’s first CFO, he echoed Robinhood’s mission in a public statement. He said he looked “forward to advancing our mission to democratize America’s financial system.”

The rest of the Robinhood mission statement reads, “We believe that everyone should have access to the financial markets, so we’ve built Robinhood from the ground up to make investing friendly, approachable and understandable for newcomers and experts alike.”

By offering zero-fee stock trading, Robinhood lowers the barrier to entry for investors. And since its founding in 2012, the company has successfully pulled in new users.

Robinhood is used by investors of all ages, but it is immensely popular with the younger crowd.  It is essentially a one-stop shop for millennial investors. And the platform is growing like wildfire.

In February of 2018, Robinhood had 3 million users. In May of that year, that number grew to 4 million. Then in August, it was 5 million. By October 2018, the platform had 6 million users.

That was one year ago, and there aren’t any updated user metrics available to the public. The Robinhood user base is likely much larger now. And a Robinhood IPO could push the company into the spotlight and attract even more users. 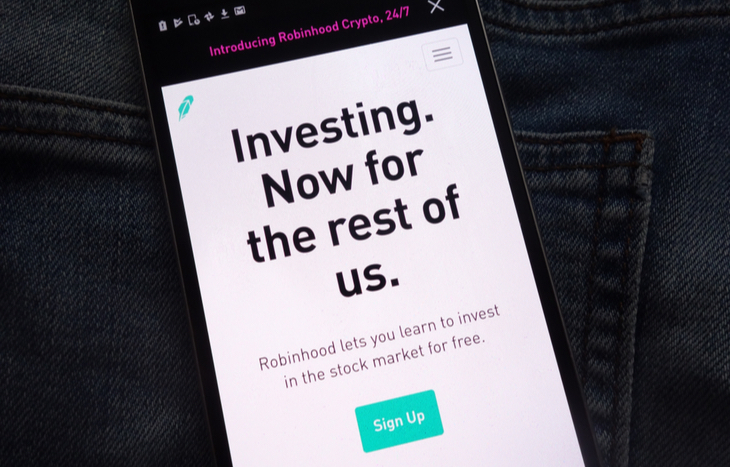 In 2017, the platform incorporated options trading capabilities. This was yet another blow to trading services like Charles Schwab (NYSE: SCHW), E-Trade (Nasdaq: ETFC) and TD Ameritrade (Nasdaq: AMTD), as Robinhood offers these tools at a much lower price than these traditional brokerages. Robinhood’s option trading feature is very straightforward with few bells and whistles. Nonetheless, it is another tool Robinhood has to rope in investors.

A year ago, it seemed that Robinhood wouldn’t venture into cryptocurrency trading.

It seems Tenev realized the benefits of breaking into the emerging crypto market. Three months after he made that statement, Robinhood launched its cryptocurrency trading service. As with its options and stock trading services, it is commission-free.

“Now it’s become more and more clear [that bitcoin is an] investing asset,” Tenev remarked. Crypto is not only an asset, but also an exceedingly popular one. Robinhood had 1 million users on the cryptocurrency trading feature within five days of its launch.

Plus, the company recently finished another late-stage funding round. The Series E round raised $323 million based on the company’s $7.6 billion valuation.

So, the question remains: Will Robinhood IPO this year?

It’s difficult to say. Certainly, hiring Jason Warnick as the company’s CFO suggested that a public offering was on the horizon. But the funding round suggests that a Robinhood IPO could be months down the road.

Will the Robinhood IPO Be a Good Investment?

If and when Robinhood does IPO, it may not even be an investment worth considering. As we’ve seen with the many tech IPOs in 2019, these companies tend to be overvalued. Robinhood does indeed offer a great service, as does Uber. But that didn’t stop Uber’s stock from underperforming. The same fate could await Robinhood.

Plus, much of the money made in startup investing is made pre-IPO. Institutional investors can buy millions of dollars’ worth of shares at a reduced price. By the time the company goes public, the share price is often inflated.

However, Robinhood does have a solid business model and offers an innovative technology.

It is a disrupter to traditional trading services, much like Netflix was a disrupter to the video rental business. It worked out pretty well for Netflix, why shouldn’t Robinhood find success?

Time can only tell. Until Robinhood IPOs, retail investors can only continue to watch from the sidelines.

IPO investing can be risky. You may hit a home run or strike out completely. With IPO ETFs, you can maximize your exposure to burgeoning companies while minimizing the risk. It’s another great ETF investing opportunity.

There are so many investment opportunities out there it can be hard to keep track of them all. Sign up for our free e-letter below for timely and concise investing news! 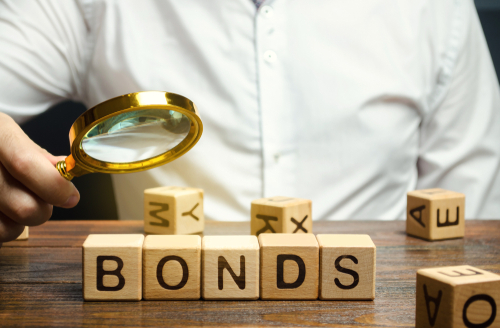 Bond Investing What Are Bonds and How Do They Work?