After a big opening weekend, many investors are wondering if XFL stock is coming soon. The newest competitor to the NFL drew very solid TV ratings in its first week. That included millions of viewers for its opening game in the nation’s capital.

Currently, the league is privately owned by Vince McMahon’s Alpha Entertainment LLC. The well-known WWE owner is looking to take advantage of the public’s desire for more football once the NFL season ends. 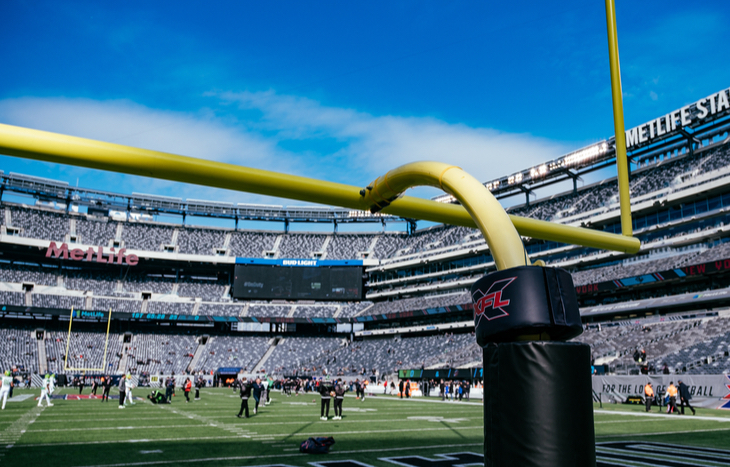 Is XFL Stock Coming in the Future?

It’s hard to say if the XFL will eventually hit the stock market. McMahon himself invested $123 million to get the formerly defunct league back into action. He then sold $272 million in WWE stock to fund the relaunch even further.

A lot of the XFL’s market potential will depend on the success of the first season. If Week 1 is a great indicator, then the league is heading in the right direction.

According to ESPN, the reborn XFL brought in an average of 3.3 million viewers for its kickoff game on ABC. The viewership peaked at 4 million, with its biggest markets being Seattle, Cleveland, Columbus and Kansas City.

For perspective, Major League Soccer only averaged 823,000 viewers for its championship game in 2019. That’s for the final of a league that has been operating since 1996, not a regular season matchup of a startup.

While football is much more popular than soccer in America, these numbers are still encouraging. If McMahon grows the league similarly to the WWE, then going public with XFL stock is certainly possible.

What Happened to the Original XFL?

McMahon is no stranger to football. He originally founded the XFL in 2001. However, the league lasted only one season due to poor viewership. This alone caused NBC to pull out of its broadcast contract, forcing the XFL to cease operations.

However, the league was much different than it is now. It was built around being the opposite of the NFL. It was going to be rougher, less filtered and with completely different rules.

The new XFL is heading in a completely different direction. Instead of being rougher, it is actually providing more safety features. For example, the XFL changed kickoff rules to eliminate the chances of more severe collisions between players.

The league is also speeding up the pace of play. This means fewer commercials and quicker games that don’t run on and on.

Its biggest change is the access to players, coaches and officials. During a broadcast, you will get to hear the coaches make play calls and also be able listen in on any reviews. Moreover, you’ll get to hear interviews with players right as they come off the field. The XFL even has camera crews in the locker rooms during halftime speeches.

This unique access to the league has resonated with fans. The first week’s numbers tell the story.

Will the XFL Affect WWE Stock?

The original drop in share price is largely due to the WWE’s earnings reports. The company reported earnings of $0.78 per share on revenue of $322.8 million. Analysts expected revenue upward of $333.3 million for the fourth quarter of 2019.

Therefore, WWE stock should not correlate with the success of McMahon’s new football league. He owns the league through Alpha Entertainment. This company is a separate entity from the WWE and isn’t publicly traded.

If the XFL takes off, you may see an Alpha Entertainment IPO shortly after. For now, it’s a waiting game to see if the league will consistently bring in viewers. The partnerships with ESPN/ABC and Fox Sports are already driving results.

Investing in sports isn’t as clear-cut as you may think. In fact, only a handful of professional teams are publicly traded. You can, however, invest in companies that provide the latest sports technology, equipment or even sports gambling.

For more information about investment trends, sign up for our daily e-letter below. Our experts do the research for you to make better decisions in the stock market.

XFL stock may be coming in the future, but there are plenty of other opportunities in the market today.