In finance, year-over-year (YOY) performance looks at two different events on an annual basis. For example, you can look at how a single stock performed in the third quarter of 2019 and 2020. By comparing these two figures, you can see whether the stock performed better this year than it did last year.

There are many reasons why this kind of analysis is important. When you look at unemployment figures and retail sales, you have to consider the time of year. Retail sales typically perform better around the holidays. Likewise, unemployment tends to go up and down on a seasonal basis. If you only compare this month’s results to last month’s results, you may end up with a skewed perception of the marketplace.

When you look at the year-over-year differences in financial data, you can gain a better understanding of how everything is changing. Because of this, year-over-year comparisons are popular among financial analysts and investors. By using this information, you can tell if a company is improving its long-term performance or not. 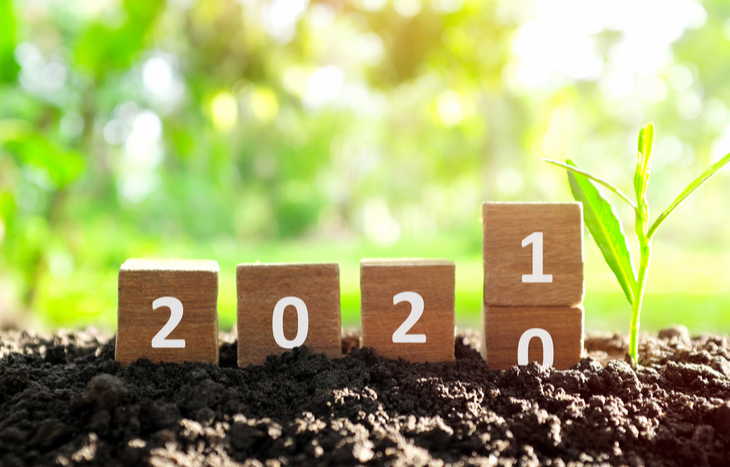 What Is Year-Over-Year Performance?

Year-over-year comparisons are a way of looking at your investment’s performance over time. It is also used to evaluate a company’s financial performance. As long as an event can be measured, you can analyze it using a year-over-year basis.

Also known as a year-on-year comparison, it can be calculated on a quarterly, monthly or annual basis. For example, you can review a company’s revenue from the second quarter or profits from February. Then, you would look at the same time period in a different year.

In a sense, this kind of analysis allows you to make an apples-to-apples comparison. Because you are looking at the same time of year, the company should be undergoing similar customer demand. A YOY comparison is one of the fastest ways to analyze a company’s long-term revenue.

Sometimes, investors use a sequential comparison to measure the growth between one time period and the next one. For example, you could look at the number of computers sold by Dell in January versus February. Often, streaming services will measure the month-to-month or quarter-to-quarter growth in their user base.

When looking at a company’s performance, year-over-year comparisons are fairly common. This is because they give you a more accurate understanding of the company’s financial situation. Year-over-year comparisons essentially get rid of seasonality. This is especially important in businesses and industries that have peak seasons. For example, the fishing industry is only allowed to fish for part of the year. This means sales are naturally lower outside of the legal fishing season.

The Advantages of Using a Year-Over-Year Analysis

The Disadvantages of Using a Year-Over-Year Analysis

Like most financial metrics, year-over-year comparisons have their advantages and disadvantages. Most people do not use year-over-year analyses alone. Instead, they use them to gain an understanding of the big picture.

What Is the Difference Between Year-Over-Year and Year-to-Date Growth?

How Do You Calculate YOY Comparisons?

Why Are Year-Over-Year Comparisons Important?

The government also publishes gross domestic product (GDP) with year-over-year comparisons. The Bureau of Economic Analysis annualizes the growth rate for GDP. That way you can easily compare the current GDP growth to a previous year’s GDP growth. At the end of each year, these annualized rates are changed to the actual rate.

You can use year-over-year comparisons to analyze popular stocks. For instance, Tesla earned $31.5 billion in total revenue in 2020. In 2019, the company earned $24.6 billion. This means Tesla enjoyed a year-over-year increase of 28 percent.

In Tesla’s case, this kind of data is especially important because Tesla normally operates at a loss. Until 2020, Tesla’s net income was negative every year. By looking at the year-to-year comparison, we can see that Tesla’s positive net income was not a coincidence. The company’s revenue increased significantly during the year, which most likely contributed to the improvement in Tesla’s net income.

To further expand your financial literacy knowledge, check out our free Investment U e-letter. You’ll gain the necessary skills needed to become a smarter, more profitable investor. Sign Up Today!