Zilliqa Crypto: A Price Prediction for the ZIL Token

March treated the crypto markets relatively well. But as it drew to a close, one token has outshined the rest. In the final week of the month, the Zilliqa crypto token shot up more than 280%. And we think there’s a good chance more upward momentum is around the corner. Here’s what’s behind the recent surge…

Zilliqa (ZIL) is one of the promising second generation cryptocurrencies. It is the native utility token of Zilliqa blockchain. It’s used to both execute smart contracts and process transactions on the blockchain. This public blockchain was born from a paper published by Prateek Saxena and several of his students at the National University of Singapore School of Computing.

The paper, presented an outline to improve speeds and efficiency of blockchain networks using sharding. Shortly later, development started to prove its effectiveness. In the following years, its testnet went live. And then the Zilliqa mainnet was lunched in 2018.

Since then, the Zilliqa blockchain has become home to dozens of decentralized applications (dApps). And it also allows for staking and yield farming. It’s a pretty well-rounded – if not revolutionary – version of a blockchain. It helped usher in a new era of blockchain scalability and speed via the increasingly popular sharding process. But there’s a lot more to come. And that’s why we’ll be keeping a close eye on Zilliqa crypto in the coming weeks and months. 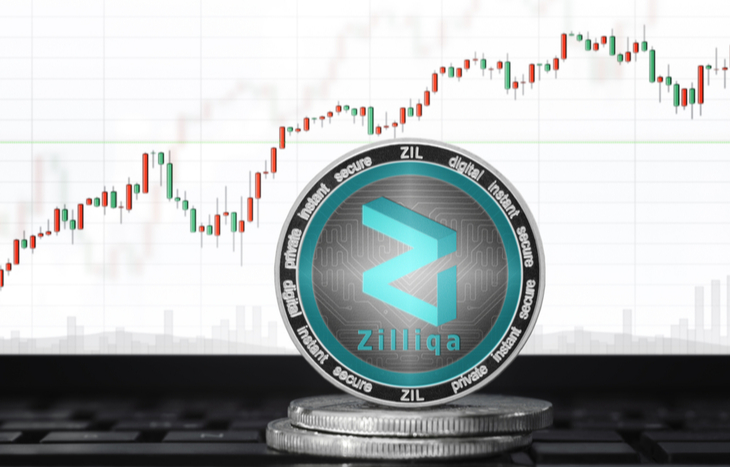 Why Zilliqa Crypto Could Continue to Rise

At this point, pretty much everyone has at least heard of the metaverse. But for the most part those actively engaging with it are either playing poker in Decentraland or building up their Axie army in the crypto game Axie Infinity. However, Zilliqa is looking to open up the metaverse in a big way.

There’s a whole lot of optimism surrounding the forthcoming release of Zilliqa’s Metapolis. And if this unveiling goes smoothly, it could prove to be a major catalyst for the Zilliqa crypto token.

Metapolis is billed as an “extended reality” metaverse. One that offers a so-called metaverse-as-a-service platform (MaaS). What that means is it is a fully customizable user experience combining virtual reality and artificial reality through the web.

And by all accounts, it sounds like the Zilliqa team is prepared to make good on its promise. Cities have already been built on the platform. And the esports and music industries are ready to jump in.

But Metapolis also plans to offer a blank slate to clients that want to begin building virtual worlds of their own. And the team will offer the necessary tech and infrastructure to help clients build and maintain their own metaverse. This could be the next big thing in digital real estate. And we all know how crazy that market’s gotten. That’s why we’re so optimistic about whatever tricks the Zilliqa team has up its collective sleeve… And why we’re bullish on the future of the Zilliqa crypto token.

Despite Zilliqa crypto’s meteoric rise at the end of March, it’s still trading below its all-time highs set last year. But those previous highs were likely just a result from the overall rise in crypto values. Rookie traders and veterans alike were buying up just about any token they could get their hands on.

Greed was the prevailing sentiment in the crypto markets. And Zilliqa crypto was just a beneficiary of that. But this time, Zilliqa is setting its own tone. However, right now speculators are betting on what they hope comes from the unveiling of Metapolis.

We’ll know better very shortly though. The team behind Metapolis is holding a VIP event in Miami ahead of the Bitcoin 2022 conference. If onlookers like what they see, it wouldn’t be at all surprising for Zilliqa crypto to far outdo any highs it’s seen to this point.

If optimism proves to be the right sentiment leading up to the big announcement, it seems very likely Zilliqa could shake off any resistance and break the $1 mark. In other words, the impressive run Zilliqa crypto has been on might just be the starting point.

However, this prediction comes with a caveat. Because optimism surrounding Metapolis is so high, it wouldn’t be hard to disappoint some potential investors. While we doubt that will send the price of Zilliqa crypto tumbling, it won’t do it any favors either.

The Bottom Line on Zilliqa Crypto

This remains a very speculative token. Nonetheless, the team behind Zilliqa crypto and Metapolis have met all of the goals they’ve set so far. So it looks like a gamble worth taking… Albeit in a way we could afford to lose.

If the list of partners that Zilliqa is teaming up with on the Metapolis project turn out to be worth the hype, we expect big things for both the native token and Matapolis as a whole. While that remains a big if, it’s one that seems worth some level of risk-taking. Because if this comes together as we hope, Zilliqa won’t be trading for these prices again any time soon.