He’s uncovered breakthrough technology that can give early investors a chance to multiply their money. To start out, let’s take a look at this opportunity… 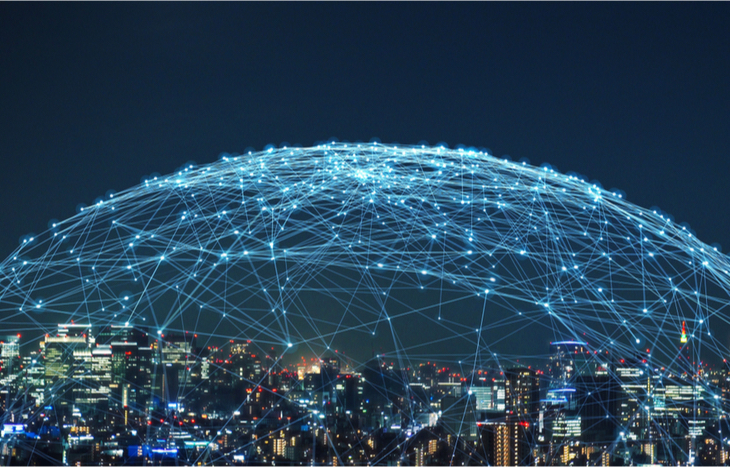 There’s a technology that’s about to blindside 5G and launch a brand-new market. This market is expected to grow to $1 trillion over the next two decades.

It doesn’t require hundreds of thousands of cell towers or risky radiation signals that bombard us day and night. Former NASA senior advisor Charles Miller says 5G provided only an “incremental advance” and that 6G “is a bigger deal than 5G.”

Some of the world’s leading tech companies are rushing to get involved in this game-changing new 6G technology. It has the chance to make our cellular connections more powerful in just about every location on planet Earth.

Already, Apple (Nasdaq: AAPL), Amazon (Nasdaq: AMZN) and other big names are investing in the technology… But it’s the little players that have more room to grow.

When doing the research for this 6G technology review, I found there’s one company that stands out. It’s small, but Andy Snyder believes it has the most upside potential for the $1 trillion 6G revolution. That’s why he calls it the “6G Superstar.”

This company has locked up priority rights to the Ka transmission band with the International Telecommunication Union. As a result, it essentially has control over a little slice of the prime location in the new space race.

This was a forward-looking move and it has huge profit potential. If you want to learn more company, you can go straight to the source by clicking here. And continue on to learn more about who’s behind this research…

Andy Snyder has been a contributing expert here at Investment U. He has a deep understanding of financial markets and a strong track record. And you don’t have to take my word for it. I’ve included some feedback from his readers below. But first, let’s get a better understanding of who he is…

Andy Snyder has traveled the world and brings a unique perspective to investing. He’s met with the FDA in Senate hearing rooms and even rubbed shoulders with Washington “outsiders” like John McCain.

Andy is a former government insider who’s been featured on networks like Fox News. He’s been a guest on countless radio stations and also authored popular books.

On top of all of that, he’s penned thousands of financial columns in numerous global outlets. But more recently, he’s been focused on Manward Press. As the founder, Andy has been helping lead people to richer, more successful lives.

The “Manward Movement” has grown quickly and has hundreds of thousands of enthusiastic followers. Here’s some feedback Andy has received over the years…

“As a newbie to investing, I really appreciate your terrific insight into what’s really going on in space, technology and communications.” – Mark Greely

“You have been spot-on with major topics way before they surface in the mainstream media. I originally signed up for the stock recommendations, which I do follow and have done well!” – Joseph Parker

“You have opened my eyes to a lot that is going on in the world… I signed up for the stock recommendations and have done well!” – Jack Phelan

“Your advice is always smart and frequently very profitable! Keep up the good work! I am having a blast.” – Elenor Gundel

“I like the straight-forwardness of all the commentary you send us. No holding back! Thanks again, and keep ’em coming, Andy!” – Richard Young

I hope this feedback and 6G technology review have come in handy. To learn more about Andy’s recent research and the big 6G investing opportunity, click here. You can also sign up for Andy Snyder’s free e-letter, Manward Digest, in the sidebar or down below.