The central nervous system controls most of the body’s functions. It transmits signals between the brain and the internal organs. When these signals go wrong due to disease, all kinds of symptoms will develop. Acadia Pharmaceuticals (Nasdaq: ACAD) develops small molecule drugs for treatment of CNS disorders. The performance of Acadia Pharmaceuticals stock strongly relates to the results of numerous clinical trials of its drugs currently underway. Most of these trials are in the early stages. 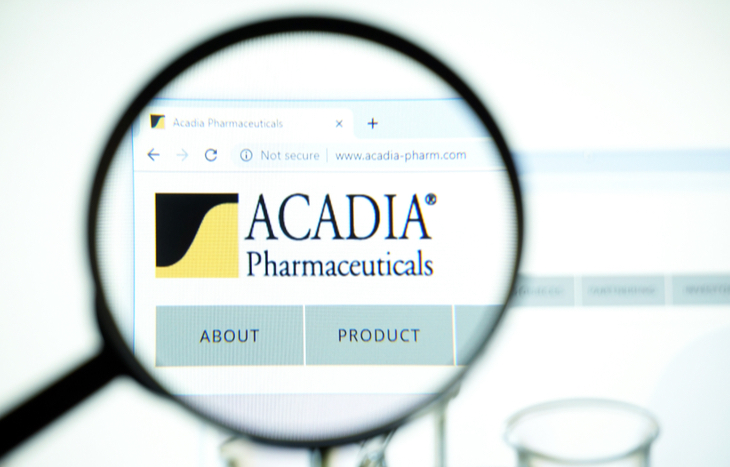 In 2020, Acadia Pharmaceuticals acquired CerSci Therapeutics. CerSci Therapeutics is a clinical-stage biotech company with global rights to various new compounds for the treatment of neurological conditions. Significantly, this includes non-opioid therapies for the treatment of acute and chronic pain. This acquisition enhances the company’s clinical pipeline to include non-opioid pain therapies. Because of the profound need to discover therapeutic pain medication that does not lead to addiction, this could eventually develop into a new generation of drugs that treat pain without the substantial risks of opioids.

In 2016, the FDA approved Nuplazid® for the treatment of delusions and hallucinations associated with Parkinson’s disease psychosis. The development of delusions and psychosis in patients with Parkinson’s is not uncommon. In 2018, the FDA conducted a thorough evaluation of the drug, reaffirming Nuplazid®’s benefits. Approval for this drug is only for patients with delusions or hallucinations who do not have Parkinson’s disease. As a selective serotonin inverse agonist, Nuplazid specifically blocks serotonin 5-HT2A receptor activity. Previous research links 5-HT2A receptor activity to psychosis and depression, as well as additional neuropsychiatric disorders.

The other drugs in the pipeline for Acadia Pharmaceuticals stock include:

The outlook for Acadia Pharmaceuticals stock depends significantly upon the FDA’s final decision regarding Nuplazid®. In February 2022, the company refiled its supplementary NDA with a smaller patient population in mind. Rather than focus on dementia per se, Acadia Pharmaceuticals seeks FDA approval for Nuplazid® for Alzheimer’s disease patients with psychosis. However, patients with Alzheimer’s make up the greatest percentage of those with dementia-related psychosis. The FDA set a decision date of August 4, 2022.