Major companies like cryptocurrency exchange Coinbase, Tesla competitor Rivian and online gaming platform Roblox made headlines in public debuts in 2021. Now, investors are looking into the most anticipated IPOs of 2022. And some leading industry names like Discord, Stripe and Databricks are among the companies planning public debuts this year.

2021 was a record year for the IPO space. A huge number of companies entered the public marketplace in 2021 despite the ongoing pandemic, shipping crisis and rising inflation. Ernst & Young reported that 2,388 companies raised $453 billion in public offerings in 2021 — the highest amount of IPOs in a year — ever. More than 1,100 companies went public in the U.S. alone and raised nearly $260 billion. So, what does that mean for the most anticipated IPOs of 2022? 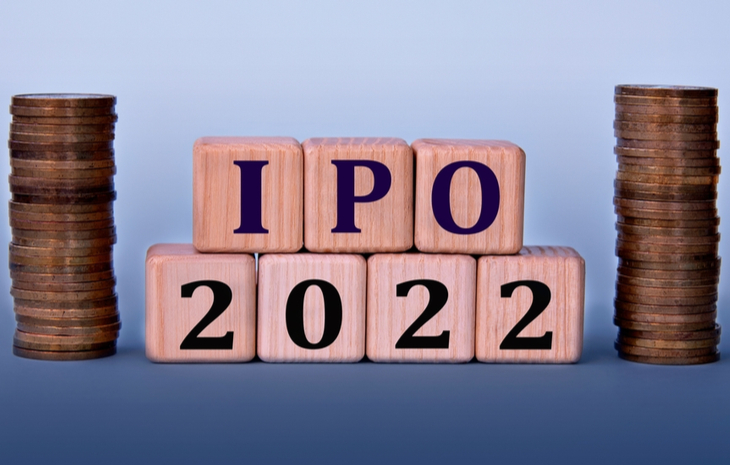 Listed below are the hottest IPOs slated for this year. Additionally, I’ve provided brief overviews of each company and details for their public debuts.

Discord is a communication platform that enables chat, audio and video communication, file sharing and other features. There have been no official announcements for the Discord IPO. However, the company has made hiring moves that make it one of 2022’s most anticipated IPOs…

With Stripe, businesses can streamline and modernize e-commerce. The company serves millions of businesses in more than 120 countries and has a list of clients including Google, Microsoft, Amazon and Uber. The company is long-awaited for its public debut. However, the CEO of Stripe spoke about plans for Stripe’s IPO at the Fintech Abu Dhabi festival.

Collison commented that Stripe is “very happy as a private company.” According to Collison, Stripe is still in its beginning stages. “Part of where our patience stems from is the fact that it feels like we are very early in Stripe’s journey,” he said.

However, while there is no set Stripe IPO date, rumors suggest that Stripe was talking to investment banks in September about a 2022 public debut. The Stripe IPO could push the fintech firm past a $100 billion valuation. Furthermore, this looks promising for one of the most anticipated IPOs of 2022.

Here are the latest updates on the Stripe IPO.

Databricks is an artificial intelligence (AI)-powered data analytics company. It pioneered the idea of “lakehouse” architecture in the cloud. Investors are on the edge of their seats to invest in the revolutionary company. Furthermore, while an IPO isn’t official, it’s rumored to be taking place in 2022.

When investors could get Databricks stock is still unknown. However, in an August 2021 interview, Ghodsi said the company is “going public six months at a time… Usually when you IPO, you want to make sure you are getting the long-term investors … [and] we’re basically allocating the big blocks of allocations to the big mutual funds and other investors right now.”

It’s been almost a year since the interview. So, it’s fair game that this company could go public at any time in 2022. It’s one of the highest-valued private companies in existence, with a $38 billion valuation. And it’s slowly drawing in long-term investors to pull the trigger on one of the most anticipated IPOs of 2022.

Chime is a fintech startup that delivers online banking services. Chime’s CEO announced that Chime will become “IPO-ready” within the next 12 months in September 2020. However, the company has passed that timeframe, and investors are eager for one of the most anticipated IPOs of 2022.

We can expect to see an announcement for a Chime IPO in the works at any moment. The company has reportedly hired Goldman Sachs to help with preparations for an IPO in New York. According to sources familiar with the matter, Chime interviewed several investment banks in recent months. So, investors can expect to see Chime IPO news making headlines soon.

Check out this article to find out more about the upcoming Chime IPO.

Starlink is a satellite internet constellation operated by Elon Musk’s SpaceX. The company aims to make internet access available to everyone, regardless of where they are physically located.

Starlink hasn’t yet released an official date for an IPO. But CEO Elon Musk first announced plans for taking the company public in February 2020. However, this could take several years, depending on the health of the space sector. There have been no official announcements for the Starlink IPO, but it’s one of the most anticipated IPOs of 2022.

Here are detailed updates from Elon Musk about the Starlink IPO.

The San Francisco-based company provides an online marketplace with delivery and pickup services across 5,500 cities in North America. Right now, an Instacart IPO is a rumor. There are no filings or official announcements.

Nevertheless, there are rumors that the company is going to go public via a direct listing in 2022. In addition, sources believe that the company behind Instacart stock could debut with a $50 billion valuation. Instacart hasn’t released any official statements. However, investors think an Instacart IPO is closer than some may think.

The company originally planned to go public in the fourth quarter of 2021. However, in late 2021, the company said it was shifting focus “until next year” to strengthen its services beyond delivery. So, investors should start preparing for one of the most anticipated IPOs of 2022.

This is what you need to know about the Instacart IPO.

Reddit started with two people who wanted to build an app that could allow users to order sandwiches online. Today, the company is a leading social community platform for discussion, news aggregation and content rating. And the company holds the title of one of the most anticipated IPOs of 2022.

The Reddit IPO date hasn’t been announced. However, the company confidentially filed a draft with the Securities and Exchange Commission (SEC) to begin the IPO process in December 2021. The confidential filing means most information about the Reddit IPO is under wraps for now.

This could change soon. For all we know, Reddit’s prospectus filing could become available to the public as soon as tomorrow. Morgan Stanley and Goldman Sachs will reportedly work with Reddit to go public. Furthermore, the Reddit IPO could be taking place as soon as next month.

Lime is a leading transportation company. The company operates electric scooters, electric bikes, pedal bikes, electric mopeds and car-sharing systems in more than 200 cities around the world. Furthermore, the company’s CEO hinted that Lime stock is coming at some point in 2022.

CEO Wayne Ting didn’t specify if Lime would make its public debut through a SPAC merger, direct listing or traditional IPO. All that we know is that the company intends to become public in 2022. Ting said Lime was “going to be looking at all of them and choosing the one that makes most sense based on what’s happening in the marketplace at that time,” in November. So, investors can expect to see Lime make its public debut in the following months.

Click here to find out the important information about Lime’s IPO.

Plaid enables clients to link their bank accounts to other apps to transfer money and make payments more quickly and efficiently. Founded in 2012, the fintech company is leading the “open banking” revolution. Many investors want to know when they can expect Plaid stock.

As of now, the Plaid IPO is a rumor. There are no filings or official announcements. However, sources have reported that the company is likely to make a public debut in 2022. Plaid’s IPO date is not defined and the ticker is unknown at this time. However, sources report that the stock ticker for Plaid will probably be PLAD. Furthermore, the company’s $13 billion valuation makes the Plaid IPO one of the most anticipated IPOs of 2022.

You can learn more information about the Plaid IPO here.

Mobileye is a global leader and an innovator in the field of advanced driver assistance systems (ADAS) and autonomous driving solutions. The company is an Israeli subsidiary of Intel. Intel announced plans for the Mobileye IPO back in December 2021. However, the company is making headlines after announcing it confidentially filed an S-1 form with the SEC.

Intel has not officially announced any details about this upcoming Mobileye stock due to the nature of the filing. Upon completion of the SEC’s review process, and subject to market and other conditions, Mobileye will launch its IPO. And it could be one of the biggest stock market flotations in 2022.

Check out the important information about the Mobileye IPO here.

A Final Look at the Most Anticipated IPOs of 2022

These companies may be the most anticipated IPOs in 2022 based on their staggering valuations and headline-grabbing names. Furthermore, these companies are uniquely positioned to thrive in the post-Covid economy due to the wide range of services they provide.

Before investing, always make sure to do your research. For the first few months, initial public offerings may be volatile and share prices can fluctuate.

Our list of recent IPOs and our IPO calendar might also be intriguing if you take interest in investing in IPOs. We update our calendar daily to keep you informed of the week’s upcoming IPOs.