Atomera (Nasdaq: ATOM) reports its fourth quarter results today after the bell as its chip-making technology gains attention. With ATOM stock down over 64% from its all-time highs, will we see some relief?

Despite huge demand for the technology, semiconductor stocks are one of the worst-performing groups in 2022. The sector is cooling off after leading the market and delivering explosive returns for the past several years. That said, the VanEck Semiconductor ETF (Nasdaq: SMH) is down 13% YTD in one of its worst starts to a year ever.

However, Atomera is looking to change the industry with its innovative new tech. So far, the company is developing a thin film to enhance existing chips called Mears Silicon Technology (MST).

Furthermore, the tech company is in talks with 50% of the world’s top chipmakers to license its product. Yet, investors are hesitant to buy back in with no profits to show.

Will this earnings report change things? Atomera is looking to play a major role in the $450 billion semi industry. Keep reading to see how this affects ATOM stock and what to expect next. 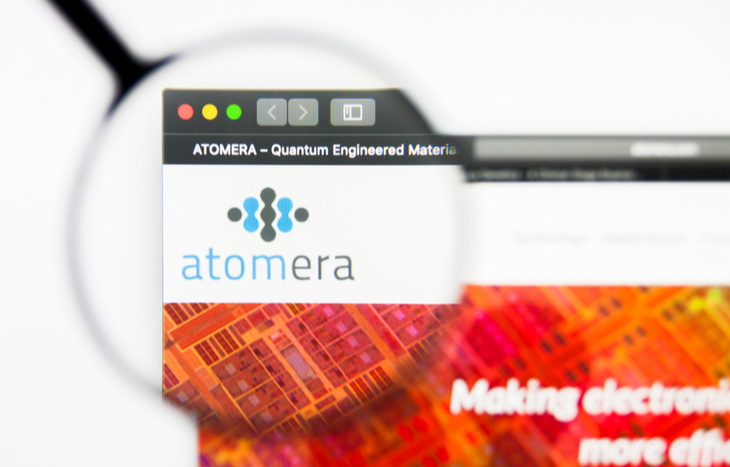 What You Need to Know About Atomera

Atomera is a unique semiconductor play as it develops materials, processes, and technology for the industry. Then, the company will commercialize and license it for profit.

In fact, the firm is part of America’s best small companies by Forbes, ranking No. 81.

Despite no profits, the company is making big strides to bring its MST to the market. That said, Atomera announced its licensing MST to a chip-making foundry earlier this month, a huge opportunity.

A foundry such as GlobalFoundries (Nasdaq: GFS) makes chips for other businesses to power its tech. For example, Apple (Nasdaq: AAPL), Nvidia (Nasdaq: NVDA) and AMD (Nasdaq: AMD) all use foundries.

With this in mind, the deal is Atom’s fifth customer to license MST as it continues being adopted. The company is working with at least 10 of the top 20 global chipmakers to bring it mainstream.

The firm has 300 patents so far, with 118 in the U.S., 88 in foreign, and 94 still pending. Having said that, ATOM stock is targeting industry giants like Intel (Nasdaq: INTC) and Taiwan Semiconductor Manufacturing Company (NYSE: TSM) to sell to.

What Is Mears Silicon Technology (MST) and Why Is It Important?

Atomera is best known for its Mears Silicon Technology or MST for short. MST is an engineered material that enhances the current chip-making technology. By adding partial oxygen layers, the tech allows faster and more controlled electron movement.

As a result, the tech helps provide extra benefits such as:

In other words, devices like smartphones can last longer with superior performance. Most important, MST can be used without adding high costs to the current production process.

Atomera has been testing MST for over ten years and is now talking with industry leaders to implement the technology. The tech is useful in several high-growth markets like 5G, data storage and the IoT.

Why Is ATOM Stock Down?

Although Atomera is developing exciting new tech, it has yet to generate consistent sales. The business model is profitable as it licenses and receives income from its tech.

At the moment, ATOM stock is still not turning a profit as it builds relationships with industry leaders. That said, the company fits the mold for the two biggest trends falling in the market in tech stocks and growth.

Despite an explosive run in late ’20 and early ’21 gaining over 400%, ATOM stock is struggling this year. Even though much of the loss can be thanks to the growth stock selloff, investors are reducing risk, and with no profits, ATOM is still risky.

As the company builds its intellectual library, it will continue bleeding money on research and development (R&D).

In the third quarter, Atomera spent $10.8 million on R&D in the past five quarters while only earning $0.4 million in Q1 2021. It seems investors are looking elsewhere for more immediate returns rather than waiting for ATOM to build its library.

At the same time, the company has $31.8 million in cash on its balance sheet with no long-term debt. So, the company is not going under any time soon. But it could be some time before seeing consistent profits.

Although ATOM stock is down over 53% in the past year, the outlook looks much brighter. The semi market is worth over $452 billion and is in higher demand than ever. Not only that, but with new devices requiring chips to power them, the market expects to nearly double by 2028.

Atomera is targeting rapidly growing markets such as:

And this is just the start. The company’s tech can improve existing processes leading to more powerful devices.

If Atomera can continue building momentum by adding partners, the firm can grab its share of the vast market.

On the other hand, the chip-making industry is constantly changing as it keeps up with the latest tech. With this in mind, they will need to continue developing IP and licensing it to stay competitive.

ATOM Stock Forecast: What to Expect From Q4 Earnings

Atomera reports its fourth-quarter earnings today at 5 p.m. EST. On the Q3 earnings call, management noted they expect no revenue in the quarter as it continues building relationships.

At the same time, we could see a clearer picture of where the company stands with its customer pipeline. If we see a surprise partner or other big news, ATOM stock could get a boost with 17.88% short interest.

Still, I expect more pressure on ATOM stock ahead as it gains its footing in the industry. In the short term, look for continued short-term volatility.