A lot has been going on with the telecommunications giant AT&T (NYSE: T) recently. Mainly, it recently finalized a deal to spin off its entertainment arm so that it could better focus on its communications business. This led to the decision to cancel CNN+, which many felt was the top of the streaming hype. AT&T was forced to cut its dividend payment but now it will be able to focus on investing in two high-growth areas, 5G and fiber. Let’s take a look at an AT&T stock forecast and see if it’s worth investing in. 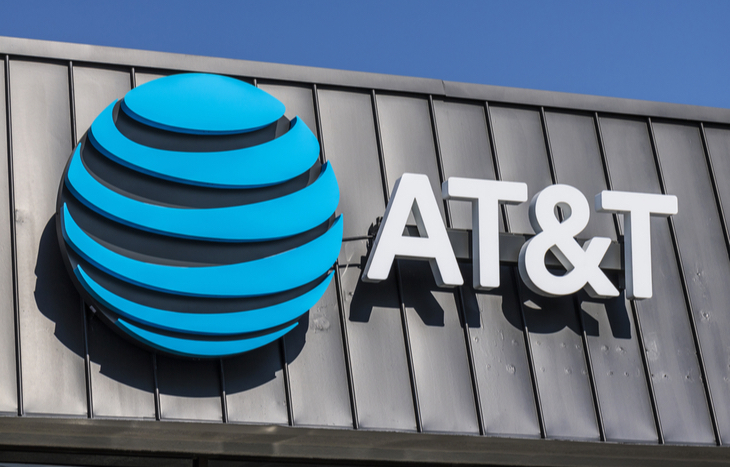 What does AT&T Do?

AT&T is the world’s largest telecommunications company. It’s one of the largest providers of cell phone coverage in the U.S. and there’s a good chance that you use AT&T as your cell phone provider. AT&T is currently the 11th-largest company in the U.S. in terms of revenue, according to Fortune.

AT&T stock recently reported its earnings for Q1 2021. It reported quarterly revenue of $38.1 billion and earnings per share of $0.77. These numbers beat analyst expectations by 29% and 12% respectively.

The first thing to note is that AT&T is a value and dividend stock. Investors typically buy it because it is a safe place to keep money and collect a dividend. If you are a dividend investor then AT&T stock is still a good choice, even though it just cut its payment nearly in half. AT&T currently has a dividend yield of 5.66%, which is still generous.

The second thing to mention is AT&T’s agreement to spin-off WarnerMedia. Notably, this means that AT&T will lose HBO and HBO Max. It also caused AT&T to cancel CNN+, claiming that the new service wasn’t part of the new management’s strategy. Both of these announcements actually come at a good time.

Netflix recently reported declining users for the first time ever. This has put the entire streaming industry in the hot seat. If the industry leader, Netflix, is struggling to grow then it’s not a good sign for other streaming services. All things considered, this is actually pretty good timing for AT&T to be severing ties with its streaming businesses.

Now, AT&T stock can avoid dumping money into unprofitable ventures (AKA CNN+). Instead, it will be doubling down on its core business: telecommunications. It’s doing this by investing heavily into 5G and fiber. AT&T CEO John Stankey is definitely fired up about this. On AT&T’s Q1 earnings call, Stankey stated, “We are at the dawn of a new age of connectivity, and today marks the beginning of a new era for AT&T.”

As stated, AT&T is a value and dividend stock. However, AT&T just slashed its dividend payment and it could take quite some time for it to recover.

For reference, in one quarter, AT&T stock cut its dividend payment from $0.52 per share to $0.28 per share. Prior to this, the payment hovered around $.50 a share for years. If you are a dividend investor, this means you essentially have to buy double the number of AT&T stock to get the same payment. It’s quite a blow.

On top of that, it will probably take years for the payment to get back to the 50-cent range. True, AT&T has a history of increasing its dividend. But, it really only increases by a few cents per year.

If you are not interested in AT&T’s dividend payment then there really isn’t much other reason to buy AT&T stock. Not only is it not a high-growth stock, but it doesn’t really seem to grow at all. In the early 2000s, AT&T stock reached a peak of around $40 per share. Since then, it has never really recovered and currently sits at around $20 per share.

CEO John Stankey is excited to invest in 5G and fiber to grow AT&T’s infrastructure. However, it could take quite some time for investors to change their perspective on AT&T stock.

Unless you are specifically interested in AT&T’s dividend, you’re much better off investing in indexes. This will allow you to benefit from both dividend payments as well as capital gains.

I hope that you’ve found this AT&T stock forecast to be valuable! Please remember that I’m not a financial advisor and am just offering my own research and commentary. As usual, please base all investment decisions on your own due diligence.