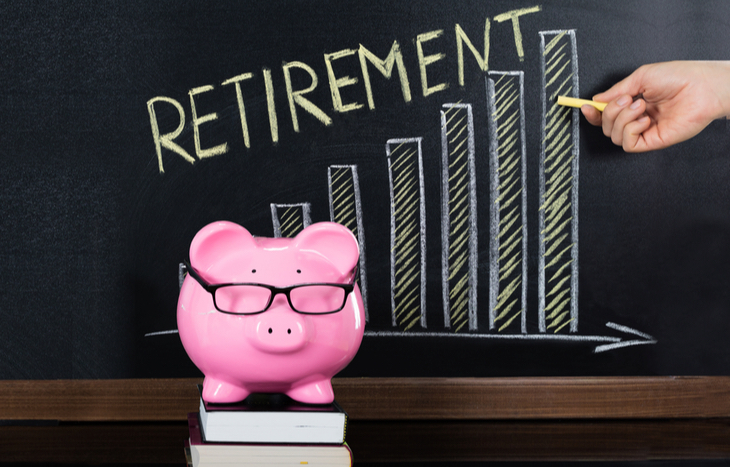 Saving for retirement is a journey, not a sprint. It’s crucial to start saving early and contributing as much as possible to employer-sponsored retirement plans and other vehicles, such as IRAs.

Gen Z ranges in age from six to 24. Those who are just beginning their working lives have an impressive average retirement savings of $37,000. One reason is that employers are increasingly enrolling workers in 401(k)s and similar employer-sponsored retirement plans automatically. Rather than opt-in to a retirement plan, employees must specifically opt-out.

What is the Average Retirement Savings Upon Retirement?

The bad news is that a substantial number of those approaching retirement age have no retirement savings. Zip, zero, nada. In 2017, virtually half (49 percent) of adults aged 55 to 66 had no personal retirement savings. Since then, they’ve experienced a pandemic which likely made the situation worse. Older Americans with little in retirement savings may have been forced to retire if they lost their jobs due to COVID-19.

How Much Should You Save for Retirement?

Workers should aim to save at least 15 percent of their income for retirement. While that’s a laudable goal, there’s no one-size-fits-all. Much depends on your individual circumstances. If you plan to work past the age at which you qualify for full Social Security benefits, that can affect your retirement savings plan. So can the possibility of a significant inheritance.

One caveat on that front: Never depend too much on receiving an inheritance. People do not die in the order in which you assume they might. Parents divorce or remarry. A serious illness or the need for long-term nursing home care can devastate even wealthy individuals. Then there’s the prospect of a family member just living a lot longer than expected. The number of centenarians is rising rapidly. That cuts two ways. You may not receive that planned inheritance until your own old age, and you could end up living a lot longer than you thought. You’ve got to save enough for retirement to take extreme old age into consideration, even if you don’t think it likely.

Another calculation recommends that by age 30, you should have the equivalent of your salary saved. By 40, you should have four times the amount of your salary saved. At 50, it’s six times and by 60, eight times. That means Gen X is not saving enough to meet retirement needs. Baby Boomers are faring even worse, and they have little or no time left to make a difference.

How to Save More for Retirement

If you’re concerned that you aren’t saving enough to enjoy a comfortable retirement, there are ways to remedy that. The IRS permits taxpayers to put up to $20,500 in their 401(k)s annually. The same holds true for those participating in other plans such as 403(b)s, the majority of 457 plans, and the federal government’s Thrift Savings Plan. Saving that much money may not prove realistic. However, by increasing your contribution amount by just 1 percentage point, you can reap the benefits over time.

In addition, consider funding an IRA. That’s a must if you are self-employed or not covered by an employer-sponsored account. Even if you are covered by a workplace plan and can’t deduct your IRA contributions, they still grow tax-deferred in a traditional IRA. Roth IRA contributions are not deductible, but qualified distributions are tax-free. If under 50, you can contribute up to $6,000 annually to an IRA. After 50, you can contribute up to $7,000.

Aim Beyond the Average Retirement Savings

If you compile only the average retirement savings by the time you stop working, you could find yourself struggling to enjoy your newfound freedom. If time is still on your side, save as much as possible so that you experience the retirement of your dreams.