Will BA Stock Soar Again, or is it Time to Give Up on Boeing?

Boeing (NYSE: BA) investors have been on a roller coaster ride these past few years as the company has run into major hurdles. After reaching an all-time high of $446 per share, BA stock slipped after the Federal Aviation Administration (FAA) grounded all 737 Max jets.

The grounding came after two plane crashes caused hundreds of deaths. Then, to make matters worse, the pandemic restricted global travel, causing BA stock to drop even further to $89, 80% below its all-time high (ATH).

After almost two years, the 737 Max jets are back in operation after several governments certify flights. But the grounding took its toll on the business, with revenue, cash flow and margins slipping significantly. Altogether, Boeing’s debt reached over $63 billion in 2020.

Nonetheless, the company is turning things around with commercial orders picking back up. But the company is facing more issues with its 787 Dreamliner now.

Will BA stock ever make it back to its ATHs? Let’s take a look. 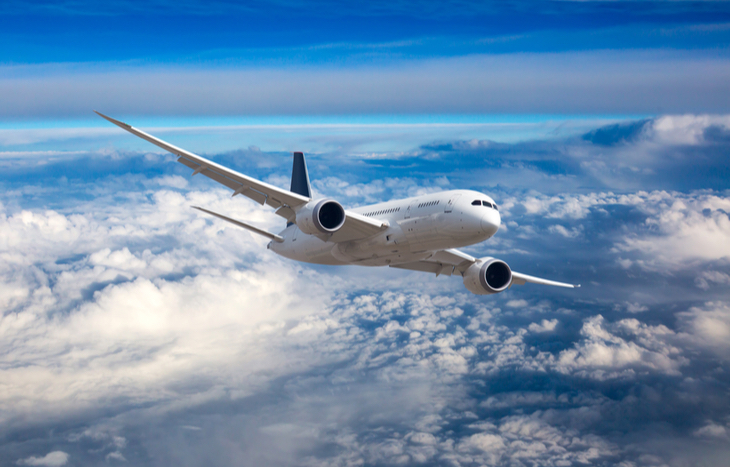 Down, But Not Out

With Boeing down 80% from its highs, it would lead you to believe it’s an overvalued growth stock. But that is not the case. In fact, it’s far from it.

Boeing is the global leader in commercial aircraft manufacturing. Not only that, but the aircraft maker is also a top five U.S. defense contractor. Before the company’s downfall, it was generating over $100 billion in annual revenue (2018).

For comparison, this past year, Boeing’s top line reached $62 billion, which is still 7% higher than 2020. That said, the beaten-down company is showing signs of life, with airline sales picking back up.

Most importantly, China, the largest 737 Max buyer, is approving the plane to return to service. In fact, China Southern Airlines (ZNH) completed a test flight in late January as the airline gears up for its grand re-entrance to the mainstream.

If everything goes as planned, Boeing will continue the strong momentum it built before the 737 groundings. However, investors are hesitant to buy BA stock with all the company’s issues.

At the same time, BA shares are trending upwards after a big surprise order from Qatar Airlines. The order is for 34 of Boeing’s new 777X freightliners in addition to 25 of the 737-10 MAX with an option to double it.

Not only does the sale mark a huge win for Boeing over its biggest competitor Airbus (OTC: EADSY), but it is also sparking investor confidence. The deal comes as the company continues building sales momentum.

The momentum is a sharp contrast from last year, with Airbus gaining market share as Boeing tackled its ongoing issues.

Even though commercial airline activity is picking up with deliveries up 68% year-over-year (YOY), the 787 delays are costly. Since the 787 is still not ready for delivery, the company recorded a $3.5 billion charge for extra costs.

With this in mind, Boeing posted a net loss of $4.2 billion, or a loss of $7.15 per share. On the earnings call, CFO Brian West clarifies, “While this hurts in the near term, we still believe it’s the right thing to do because long term, we’re going to sell a lot of these 787s for decades.” Before adding, “so we’ve just got to work our way through this.”

On the other hand, free cash flow (FCF) is surprisingly positive at $494 million compared to (-$4.3) billion in Q4 2020. The growth is positive as the company works to improve its balance sheet, marking the first positive FCF quarter since Q1 2019.

However, Boeing’s debt situation is still weighing on the company. Although the airline maker paid $4.3 billion in debt, it still has over $55.4 billion on its balance sheet.

Going forward, positive FCF and continuing to pay down debt will help improve its fundamentals. That said, with China resuming commercial flights, West believes FCF will continue improving this year and into 2023.

Although BA stock is outperforming the market this week, it’s still coming off a fresh 52-week low of $183.77. Of course, some of the weakness this year is from the overall market trend. But, with main competitor, Airbus, up 21% since this time last year, it suggests investors are still lacking confidence.

With this in mind, the divergence happened throughout summer after the FAA expressed concerns over the 787. On top of this, disappointing aircraft deliveries are deterring investors from buying back in.

Boeing shares are stuck in a channel, preventing the stock from breaking out. The consolidation makes sense with the risk still on with Boeing at the moment. With investors unloading risky assets, high debt is on the top of the list.

Technically speaking, BA stock is trading under its 200-day SMA, which has been rejected twice since October. If Boeing breaks out of the channel, the company will need to continue building on its momentum.

At the same time, if Boeing hits another roadblock or worse, it can be the final straw for investors.

Boeing is showing its resilience with the 737 returning to service after being grounded for almost two years. Even though the situation put Boeing in a big hole, the company is starting to dig its way out.

This will be a big year for Boeing. FCF shouldn’t be an issue if they continue increasing deliveries with no problems. On the other hand, if demand slows, it can put additional strain on the company’s balance sheet deterring investors further.

Having said that, Boeing is still a top commercial airplane maker with a growing defense and space business. The U.S. passed a $786 billion defense spending bill in December, which could help boost sales.

International travel is still suffering from the pandemic, but things are starting to look up. Look for travel to continue slowly seeing an uptick in demand in the next few years.

With this in mind, BA stock is likely to trade flat until the situation is clearer. If we see an earnings surprise, it could help boost its prospects. However, the company cannot afford any more incidents. As the company sheds its inventory and fulfills orders, investors are slowly regaining confidence.

As sentiment on Wall Street trends upward, price targets suggest almost 20% upside with an average of $261.06.

Boeing will likely get back on track with demand remaining strong in the long run. That said, investors will be looking for the company to continue paying down debt while keeping FCF as a priority.