Since 2007, more than 150 Chinese companies have been listed in the United States through reverse mergers or backdoor IPO listings.

These types of listings happen when Chinese firms merge with a U.S. publicly traded shell company. Many of these listings are found on less regulated stock exchanges such as the Pink Sheets, the OTC Bulletin Board and NYSE AMEX.

In recent months, short sellers have attacked a large number of these types of Chinese companies – accusing them of fraud or other wrongdoings. This has caused shares of these companies to tumble and have inflicted huge losses on unlucky investors…

With so many of these reverse merger and backdoor Chinese companies now under a cloud of scandal, investors in China are getting increasingly unsettled.

Especially since the United States is at the center of this storm. In the past six months alone, more than 25 New York-listed Chinese companies disclosed accounting discrepancies or saw their auditors resign.

Most of these firms are small and slipped onto the exchanges in the past few years through the reverse merger process described above.

Regulators are now reversing that process.

Some U.S. investors are worried whether they can take the financial statements of any Chinese company at face value.

For instance, look at software firm Longtop Financial Technologies (NYSE: LFT). It listed in New York in 2007 via an IPO, not through a reverse merger. Last month the company’s auditor, Deloitte, accused Longtop of “very serious defects,” including faking its bank statements. Longtop said it is conducting its own internal investigation.

As the scandals mount, many investors are dumping U.S.-listed Chinese stocks. They’re fearful of further price declines or perhaps not being able to sell their shares due to trading halts.

So what should investors do? How can they protect themselves against fraudulent Chinese companies?

One way recommended by my colleague, Carl Delfeld, is to avoid the smaller companies. He pointed to a study showing that 60 percent of China backdoor listings reported less than $50 million in annual revenue or assets.

One former executive at one of these firms was even quoted as saying that American investors will buy anything “as long as it has ‘technology’ in its name.”

He may be on to something. Many of the recent “hot” Chinese IPOs listed in the United States are technology companies that are not listed in China.

Investors need to keep in mind that investing in Chinese companies should be no different than investing in other companies. Do your homework and your due diligence. Caveat emptor. 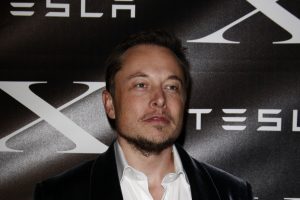 Will This Strategy Make You as Rich as Elon Musk? 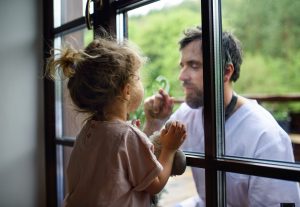 The Three Things That Explain This National Crisis